Are You Supporting an Elephant ‘Sanctuary’ That Is Actually Causing Suffering? 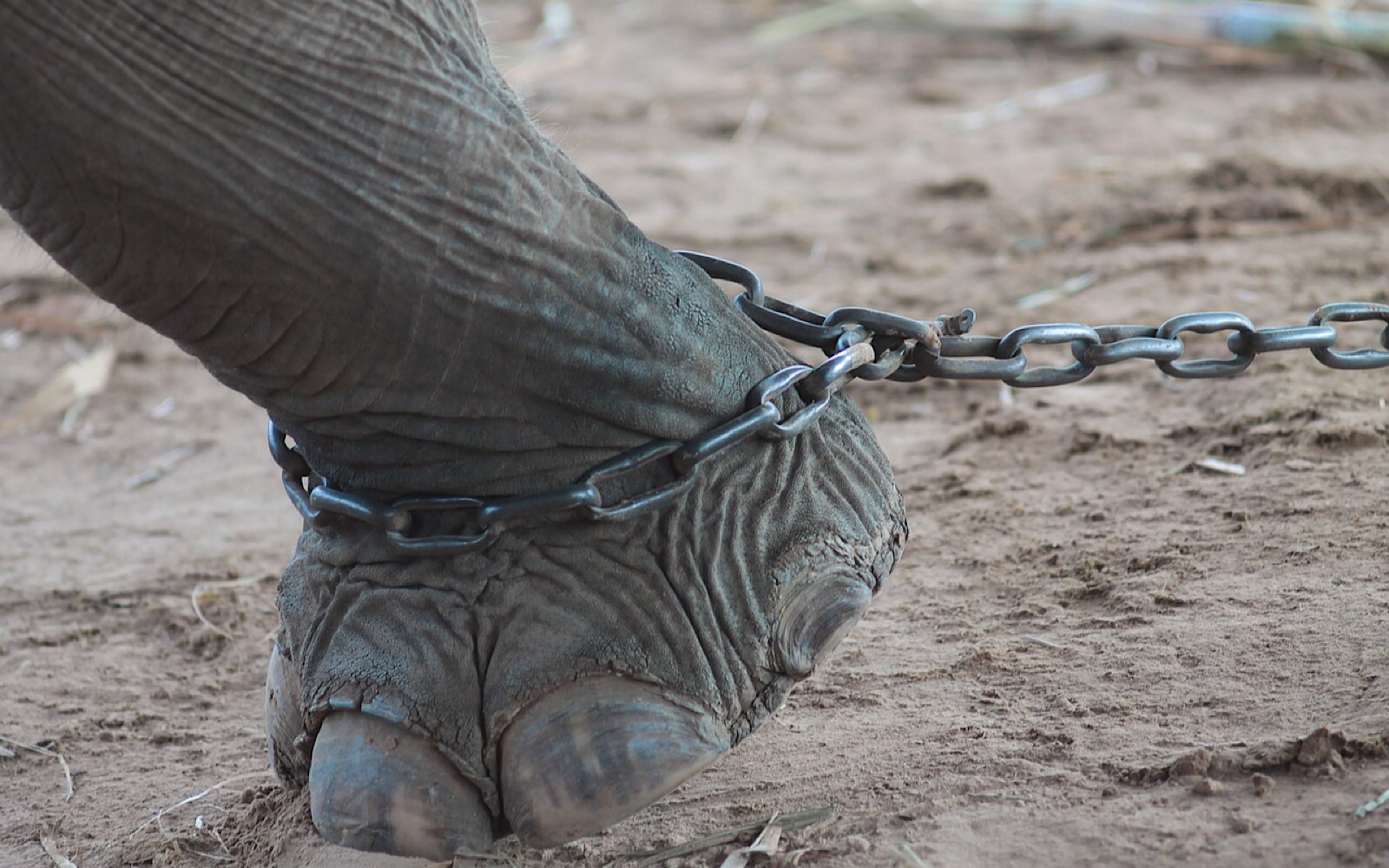 Conscientious travelers are naturally attracted to places that claim to rescue animals and offer them refuge. But any facility can call itself a “sanctuary,” and many unscrupulous outfits have taken to doing just that, knowing full well that such a claim will bring visitors through the gates. Unwitting tourists buy tickets, not realizing that their money is often supporting a merciless and mercenary industry. Asia — Thailand in particular — is filled with scam elephant sanctuaries, including one called Elephants World.

The fundamental purpose of any legitimate animal sanctuary is to provide animals with safe, comfortable living conditions that give them as natural an existence as captivity allows. These facilities are typically closed to the public or offer limited visitation to avoid causing the animals unnecessary stress, as many species shun human contact. No reputable exotic–animal sanctuary allows any kind of “hands-on” interaction, and that includes taking photos with animals, riding them or giving them baths.

Visitors posting comments on review sites and social media after visiting Elephants World are appalled that elephants are chained and that the mahouts (handlers) use bullhooks — weapons that resemble a fireplace poker with a sharp hook on one end. The Global Federation of Animal Sanctuaries prohibits this pain-inflicting implement at its accredited facilities. Elephants World forces the elephants to walk, bathe in the water with tourists, and interact with them.

It also posts videos showing humans playing with elephants, playing piano to them, rolling around with calves, and attempts to spin these activities as somehow benefiting the animals. Yet these videos serve only to promote the cruel elephant–tourism industry. For the elephants, it’s just another day in servitude.

In fact, Thailand is the world’s largest promoter of elephant camps where the barbaric phajaan ritual is used to break baby elephants’ spirits and force them to submit to humans. Phajaan means “breaking the love between,” referring to the love between elephant calves and their mothers. It’s not uncommon in these training camps for still-nursing baby elephants to be dragged from their mothers, bound with ropes and steel cables, and immobilized in wooden cages. They are beaten mercilessly for days while being deprived of food, water, and sleep. Mahouts may gouge them with nail-studded sticks, inserting the sharp point into the ear canal or jabbing the sensitive skin between their toenails. The babies panic, collapse in exhaustion, defecate in fear, and scream out in terror and pain.

TRAFFIC, a leading international wildlife trade monitoring network, released an exposé that shows how tourists drive elephant suffering, including the capture of elephants in the wild. The investigation found that “[i]n Myanmar, [captive] elephants are used to corral wild animals into pit-traps where older protective members of herds are often killed and the higher value, younger animals taken. The young are then transported to Thai-Myanmar border areas and then mentally broken and prepared for training before being sold into the tourism industry in Thailand where they are put to work at tourist camps or hotels.”

Life in chains, in fear of being whacked with a metal-tipped bullhook, is misery for elephants. In the wild, they are active, engaged, and on the move for up to 18 hours a day. They explore, socialize, and love to swim. Aunts babysit, mothers teach youngsters life skills, such as how to use different kinds of leaves and mud to ward off sunburn and insect bites, adults share news and gossip and resolve disputes, and dead relatives are mourned. Elephants have the largest brains of any mammal on Earth and think, plan, and remember. They truly never forget — their memories are extraordinary.

We Have to do Better

Renowned elephant expert Carol Buckley of Elephant Aid International worked with Elephants World some years ago to help teach staff to use positive–reinforcement training and to encourage it to use chain-free corrals. Despite the advice and recommendations of this world-class professional, the facility has not progressed much. Buckley even blogged at the time that Elephants World was not “a progressive facility where elephants’ needs are met first and foremost — quite the contrary.”

Public opposition to the use of elephants for entertainment is greater than it has ever been. More than three dozen international travel agencies no longer promote trips that include elephant treks, including Responsible Travel, STA Travel (the world’s largest student travel company), TUI Group (the world’s largest leisure, travel, and tourism company) and G Adventures.

If you care about animals, never buy a ticket to any venue in which they are forced to entertain the public. Seek out memorable adventures that won’t cause them to languish in misery long after you return home.