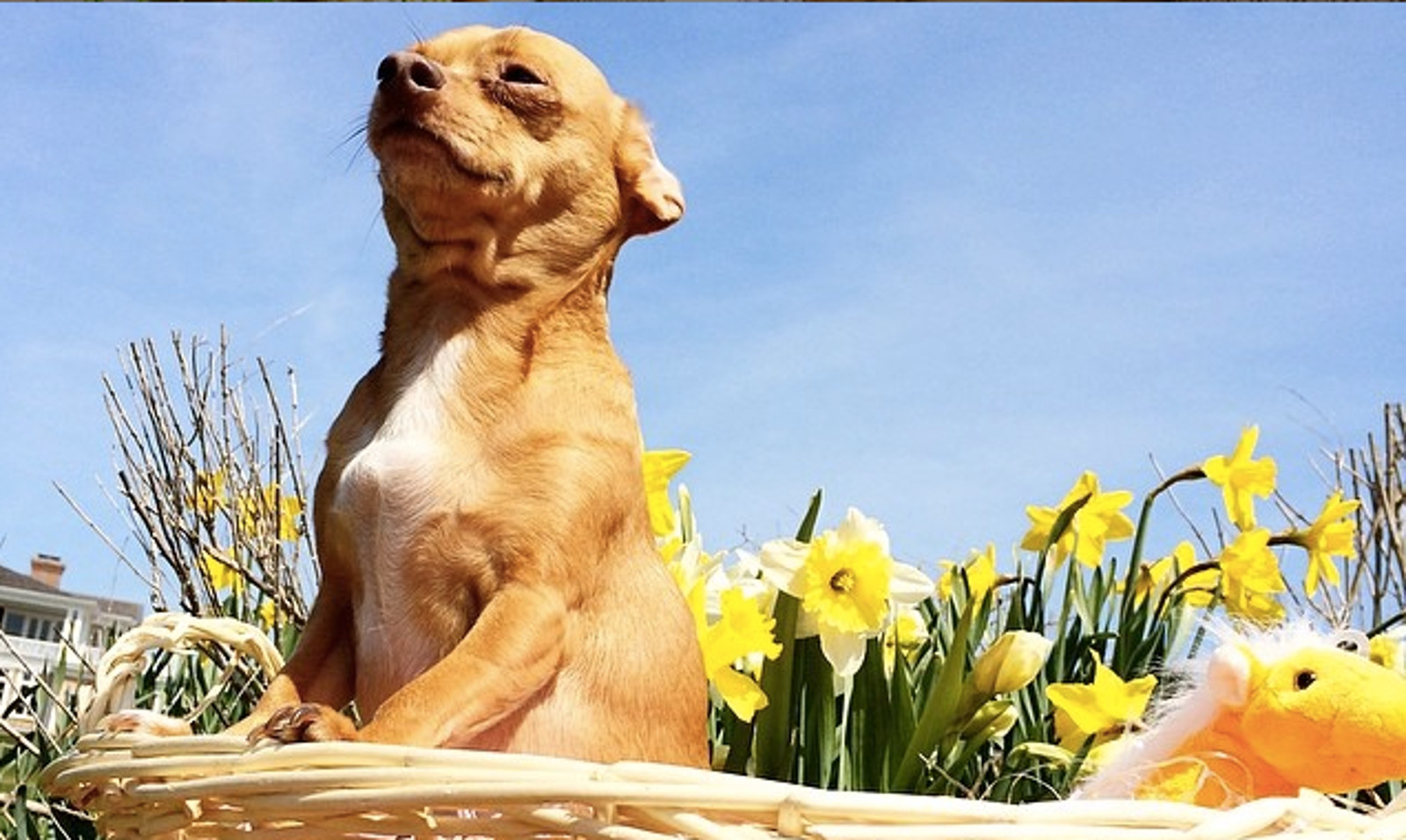 Walking past the eager, adorable face of a puppy in the window of a pet shop can be near impossible not to stop and stare. These happy little faces just cry out begging you to purchase them and take them home, but behind these precious faces lies a rather dark reality.

Many dogs sold in pet stores or through online retailers come from puppy mills. At their core, puppy mills are large-scale breeding facilities where adult dogs are caged for their entire lives and turned into puppy machines. Breeding dogs are deprived of the most basic necessities such as clean cages, ample food and water, and medical care. When new litters of puppies are born into these squalid conditions, they are sold and the profit goes back to fund the abuse of their parents.

Despite the horrors of this industry, many consumers are wholly unaware that this sort of cruelty goes on behind the scenes.

Luckily, Amanda Hearst, heiress to Hearst Corporation, has made it her mission to raise awareness about the plight of dogs suffering in puppy mills and educate the public about them. Using her personal fame, Hearst is working to educate the world on the horrors of puppy mills through her own pup, Finn. 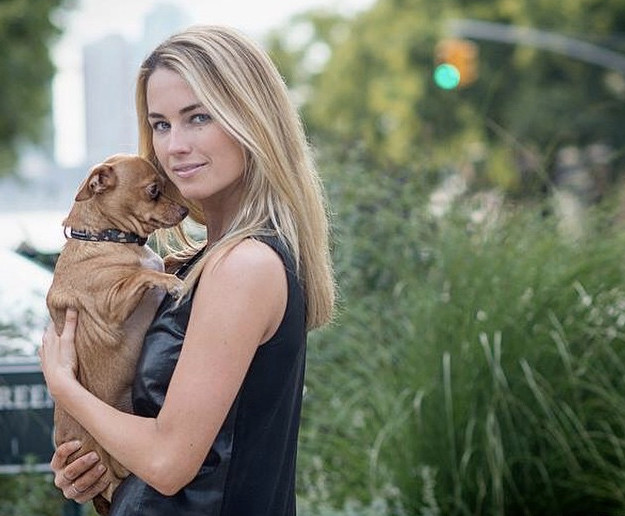 The Beginnings of Friends of Finn

Hearst was inspired to take action for puppy mill dogs after she attended a Humane Society of the United States (HSUS) gala and was introduced to the issue. She had just purchased get Chiweenie, Finn from a local pet store who claimed he came from a highly reputable dog breeder. Based on what she had learned about the pet store industry, she was skeptical that what she had been told was in fact a front. After looking into Finn’s lineage with the help of HSUS, Hearst discovered he had in fact come from a horrific mill that was responsible for abusing over 900 dogs.

Now that she was aware of the unthinkable suffering her beloved pup had endured, she founded the Friends of Finn committee of the HSUS and set to work. 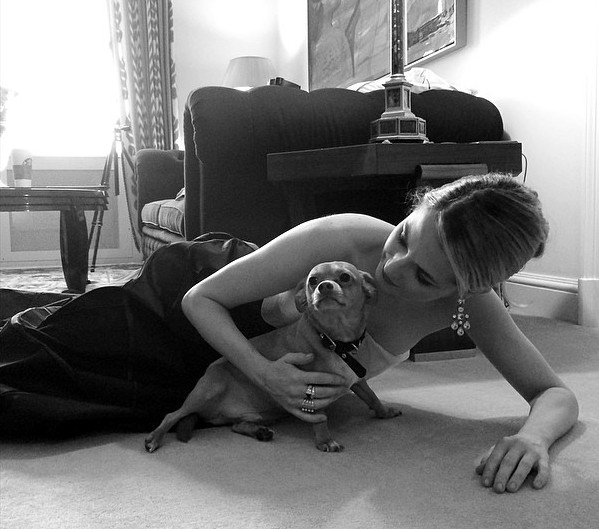 Many of us are familiar with Instagram’s famous pups Toast, Muppet, and Tuna, all of whom belong to Finn’s team of puppy mill fighting dogs. All of these adorable pups are puppy mill survivors who were rescued and given a second chance to lead the fabulous lives they deserve. 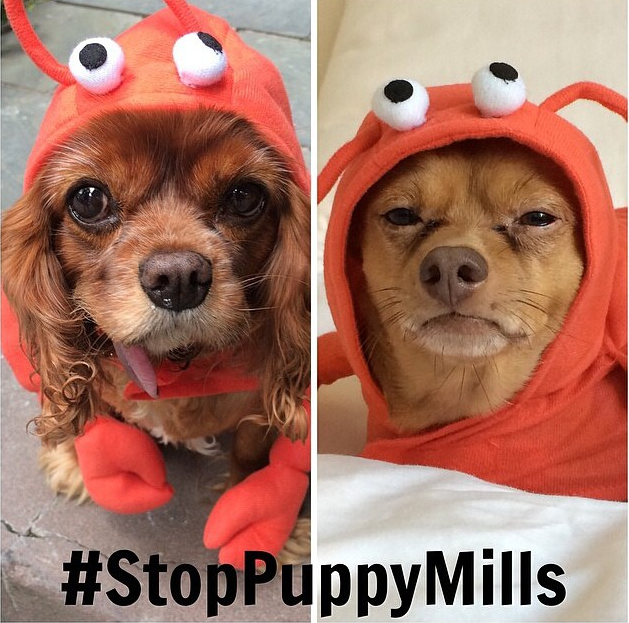 In conjunction with Hearst and Friends of Finn, these dogs have become ambassadors for their species. Over the last five years, Friends of Finn has raised $1.5 million, which has gone towards further educating the public about the issue of puppy mills and what they can do to ensure that fewer and fewer dogs are born, raised and die in such inhumane and terrible conditions so rampant at puppy mills. 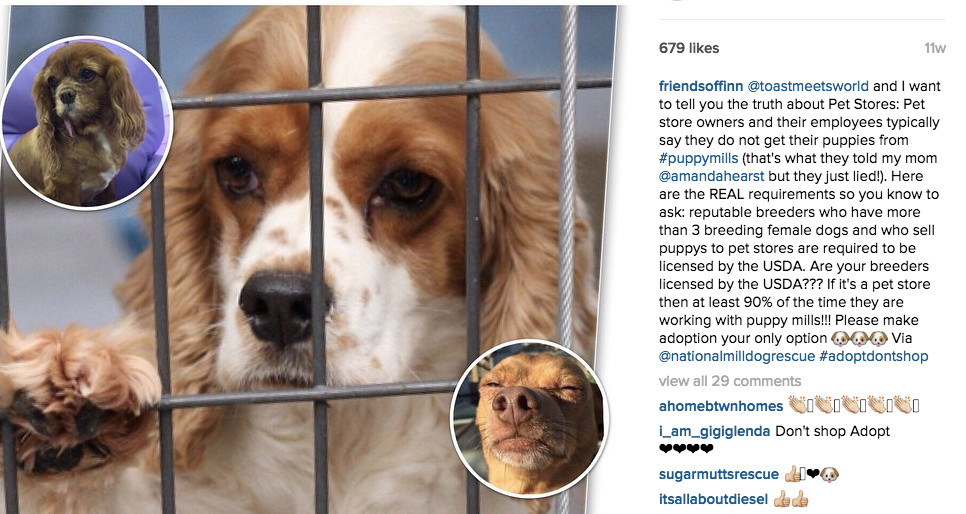 The committee also actively supports the HSUS’ Puppy-Friendly Pet Store Initiative, which works with pet store owners to have pet adoptions stations instead of selling pets supplied by puppy mills. Some of the committee’s efforts include organizing “Pup-Up Shops” to display adoptable dogs to potential families and getting big-name fashion designers, such as Ralph Lauren and Stella McCartney, involved in fundraising galas and other events. 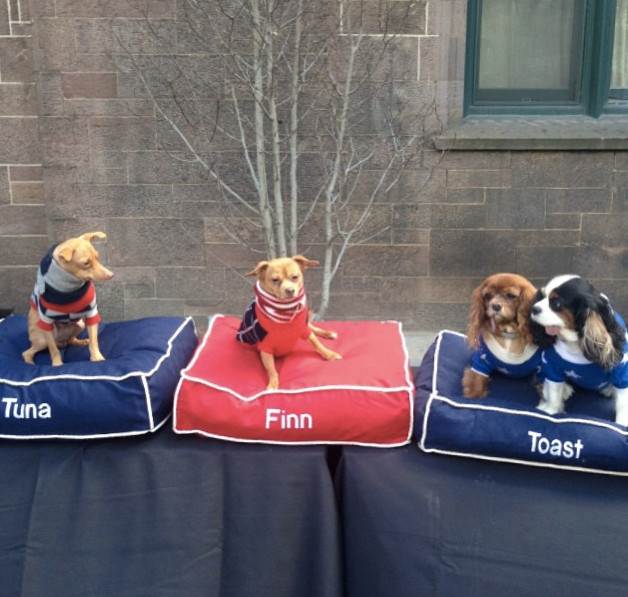 Friends of Finn and all of the dogs involved have gained quite the impressive following across social media – we mean really, have you seen how adorable they all are!? – and in so doing are helping to bring this very serious issue into the mainstream. With the help of these pups, hundreds and thousands of dogs will be saved from a cruel life puppy mills.

To find out more about what you can do to support Friends of Finn and do your part to help dogs in puppy mills, visit the Humane Society‘s website and remember to always adopt, don’t shop! To follow Finn and Amanda on Instagram, click here.

Have you adopted a dog, Green Monsters? Share the photo of your rescue pup in the comments!