How Do We Know When Something is ‘Humane’? 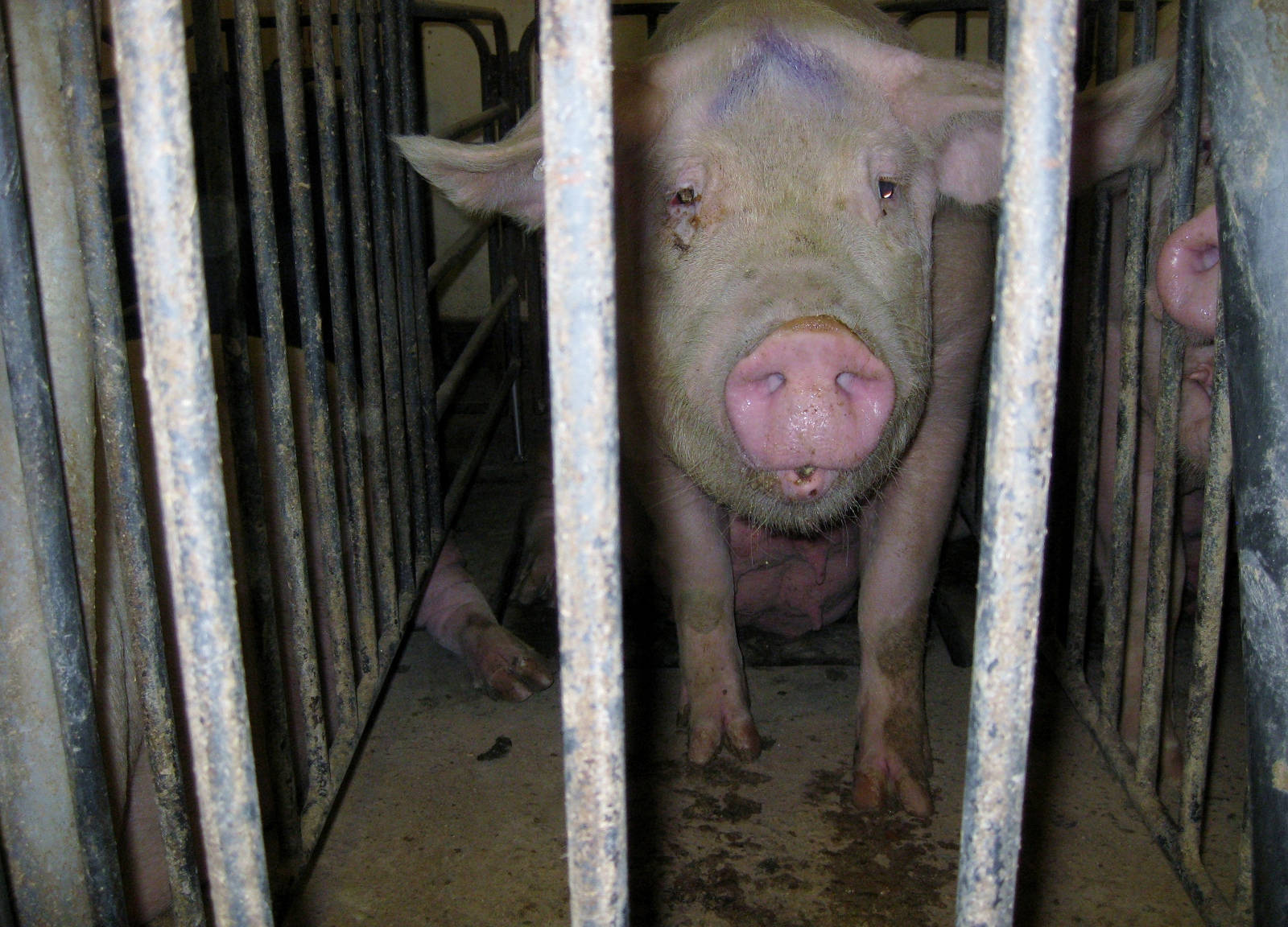 When it comes to things like compassion, kindness, altruism, and just being the best person you can be, we know that what this means can differ from person to person. Whereas one person might think the minimum kindness we should show to others in public is merely not being outwardly rude to them, others may see the minimum of kindness as opening doors, helping others with their groceries, giving up your seat on the bus, doing whatever you can to make someone’s day better. The latter person might see the former person as rude for not doing these things, while the former sees the latter as fulfilling expectations that aren’t required for the minimum level of kindness. That is to say, what people consider as “the least we can do” is not an objective standard that every human being on the planet is aware of.

However, concepts such as “humane” when it comes to animal farming assume that there is a known standard we can appeal to for the minimum maltreatment of animals. Consumers of “humane” meat and dairy products often assume that they know, implicitly, what level of care has been given to the animal they consume or use. And while countries and regions have written laws about what standards “humane” labeling must meet, our imagination fills in much of what we believe to be happening in the animal industries. It may be easy to believe that labels such as “humane” or “organic” promise us a free conscience, but is it right?

What does “humane” really mean?

Even when consorting a dictionary definition of humane, there are a few different ways we can understand the word. Merriam-Webster considers humane behavior to be “marked by compassion, sympathy, or consideration for humans or animals” and Oxford Dictionaries supplies the definitions “having or showing compassion or benevolence” and “inflicting the minimum of pain.” Whether or not farms within the animal industry live up to the legal standards of labeling their products humane is not the question here, as what the law defines as right depends not only on our changing society, but what business and practices those laws are created to maintain. It is no doubt that “humane” laws are made for the continuation of animal agriculture. The real question is, whether or not we use the very concept of “humane” correctly when applying it to animals.

Where’s the compassion, sympathy, and consideration?

It is known that sympathy (like compassion and consideration) is an integral part of a functioning human society. The American Sociological Association‘s research publication on “Sympathy and Social Order” states that “social order is possible only if individuals forgo the narrow pursuit of self-interest for the greater good. For over a century, social scientists have argued that sympathy mitigates self-interest and recent empirical work supports this claim.”

Being able to feel grief and sorrow for the misfortune of another is, however painful it may be in some cases, an important part of our emotional and social lives. But does humane labeling engender the possibility to feel sympathy towards animals? While it’s certainly possible to pay for the slaughter of an animal and still feel sorry for the conditions that it must have gone through, at best we are told to have a limited sympathy. Our grief for the animal’s condition must not go so far as to convince us to stop paying for it to happen. In order for an animal agribusiness to thrive, our sympathies must be limited at best. Might our limitations of sympathy elsewhere pose problems in our own social connections?

Does a “minimum” amount of pain exist?

Say someone shoves past you on the street. What is the least amount of harm you can cause this individual? If your goal is to retaliate, then you might shove them back, causing them a very minimal amount of harm. But that’s only if you have a goal which consists of harm in the first place. It is wholly conceivable that you are able to inflict upon this person no pain at all, simply by changing your goals to something that is actually benevolent or sympathetic. Having a goal of harm makes it impossible for us to truly inflict the least amount of possible harm, because in situations where we control the outcome, the least amount of harm is almost always no harm at all.

It may seem shocking to some people who believe “humane” treatment can still involve slaughter, but “the least amount” of something is always, logically, a lack of that thing. A lack of slaughter and exploitation is the truly humane option. This isn’t to say there aren’t ways to cause less harm to farm animals, but that labeling it “humane” might be a huge misnomer worth fixing.