Help Stop the Abuse of Elephants at the Surin Round Up Festival in Thailand! 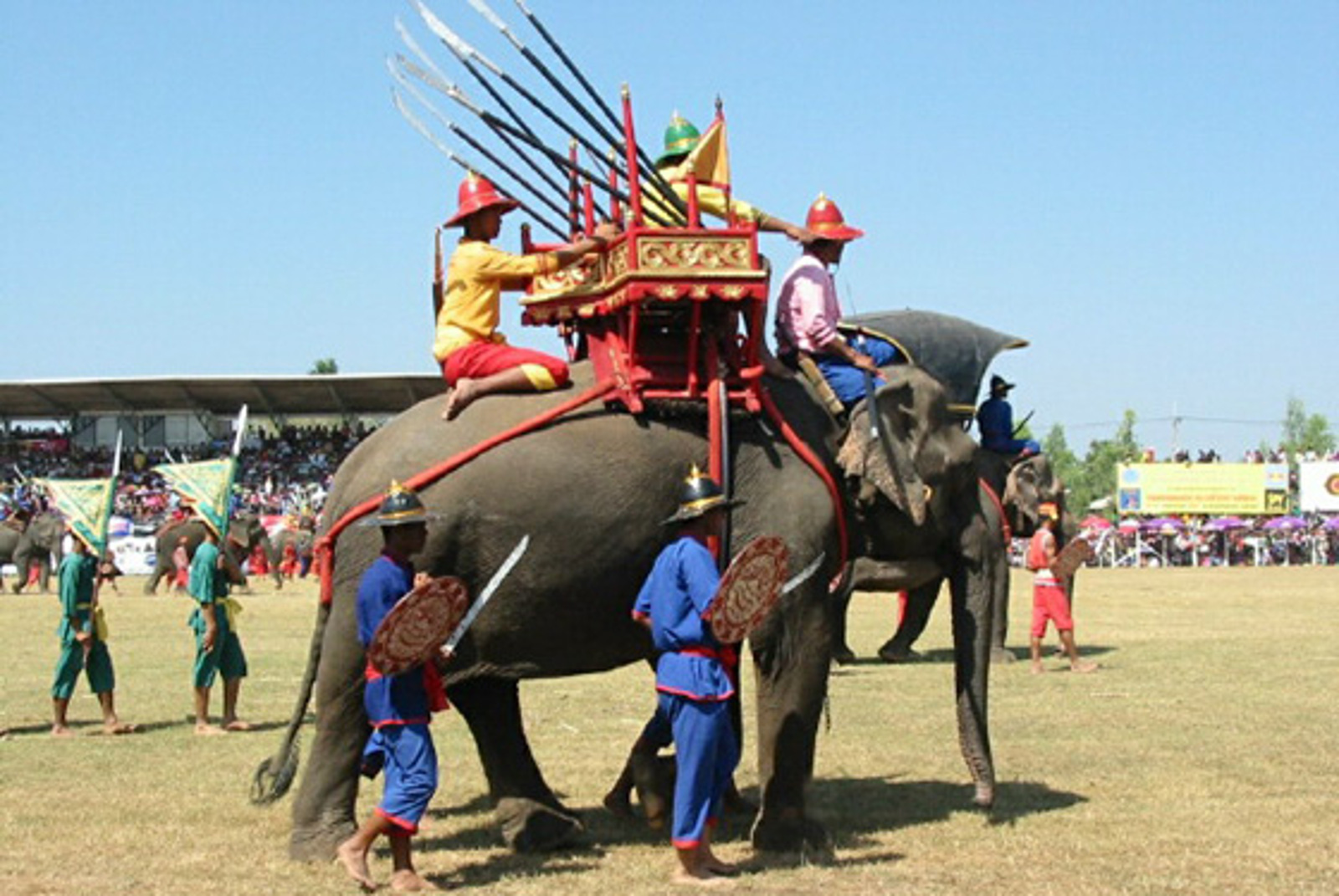 Elephants are renowned for their high levels of intelligence and sensitivity. They are known to possess advanced cognitive abilities, complex emotional lives, and incredible memories. These animals can form close friendships with one another, mourn when a relative dies, and have even proven that they are able to differentiate between humans who wish them harm, and those who do not. A study by Think Elephants International revealed that “Asian elephants console others who are in distress with vocalizations and gentle touches” – a very similar behavior to that exhibited by humans who wish to offer comfort and support to a loved one. These animals typically live in matriarchal herds, headed by an older female elephant. Her daughters and their calves follow her lead, and when she dies, the eldest daughter usually takes her place. Adult males live in separate “bachelor” groups.

In spite of elephants’ incredible emotional and mental capacities, we humans have sadly failed to treat them with respect. Across the world, elephants have been imprisoned in zoos that fail to meet their developmental needs, forced to perform in circuses, or compelled to work for humans until they reach the point of collapse.

The Surin Elephant Round Up

In certain areas of South-East Asia, an entire industry has been built around the exploitation of elephants for the amusement of tourists. The elephants are usually prepared for their lives within this industry by being separated from their mothers at a young age, subjected to cruel training procedures, and being taught to fear their handlers. While elephants have traditionally been revered in South-East Asia, poverty and a lack of alternative employment opportunities have driven many people to turn toward using them as a means of generating income.

The Surin Round Up festival in the Surin region of north-east Thailand is a prime example of this. This annual festival was originally established in 1960 to celebrate the respectful, ancient relationship between the people of Surin and local elephants, but has gradually degenerated into a heart-wrenching spectacle of elephant abuse and cruelty. Last year, the Elephants Asia Rescue and Survival (EARS) Foundation released a series of shocking photographs from the festival, that revealed the full extent of the suffering that elephants are forced to endure in order to generate profit for their handlers.

EARS’  found that “inexperienced teenagers were using young elephants to aggressively beg for money, selling bags of sugarcane at 20 Baht and charging 50 Baht for a photo. We saw elephants as young as 1 year old being stabbed and controlled with sharp nails and hooks.” The elephants who are put to work during the festival frequently sport serious injuries and other signs of abuse. Sadly, EARS revealed that every baby elephant they witnessed “had a bloodied head and wild frightened eyes.” EARS added that the elephants usually have limited access to fresh water during the Round Up, rendering them “dehydrated, thirsty, and hot from the scorching sun.”

Now, one concerned elephant lover named Aurelie F. has set up an online petition calling for the festival to stop condoning this terrible treatment. This petition is aimed at Prayut Chan-o-cha, the Prime Minister of Thailand, and outlines – in heartbreaking detail – exactly what the elephants are forced to endure at the Surin Round Up. “There is another way to celebrate the Surin ritual,” Aurelie states. “There should be no torturing, no using of young elephants, no exploitation and no rides. It is normal that the elephants don’t want to do tricks or let people take rides on them, especially because their body is not made for that.”

Aurelie concludes the petition by saying, “The elephants don’t deserve to be tortured like that, no animal does. This should be made illegal in every country. If you agree, sign the petition asking Prime Minister Prayut Chan-o-cha to ban elephant abuse at the annual Surin Elephant Round Up festivals!”

You can show your support by signing the petition here.

For more information about the cruelty behind the elephant tourism industry – and why you should never support it – read the articles below.