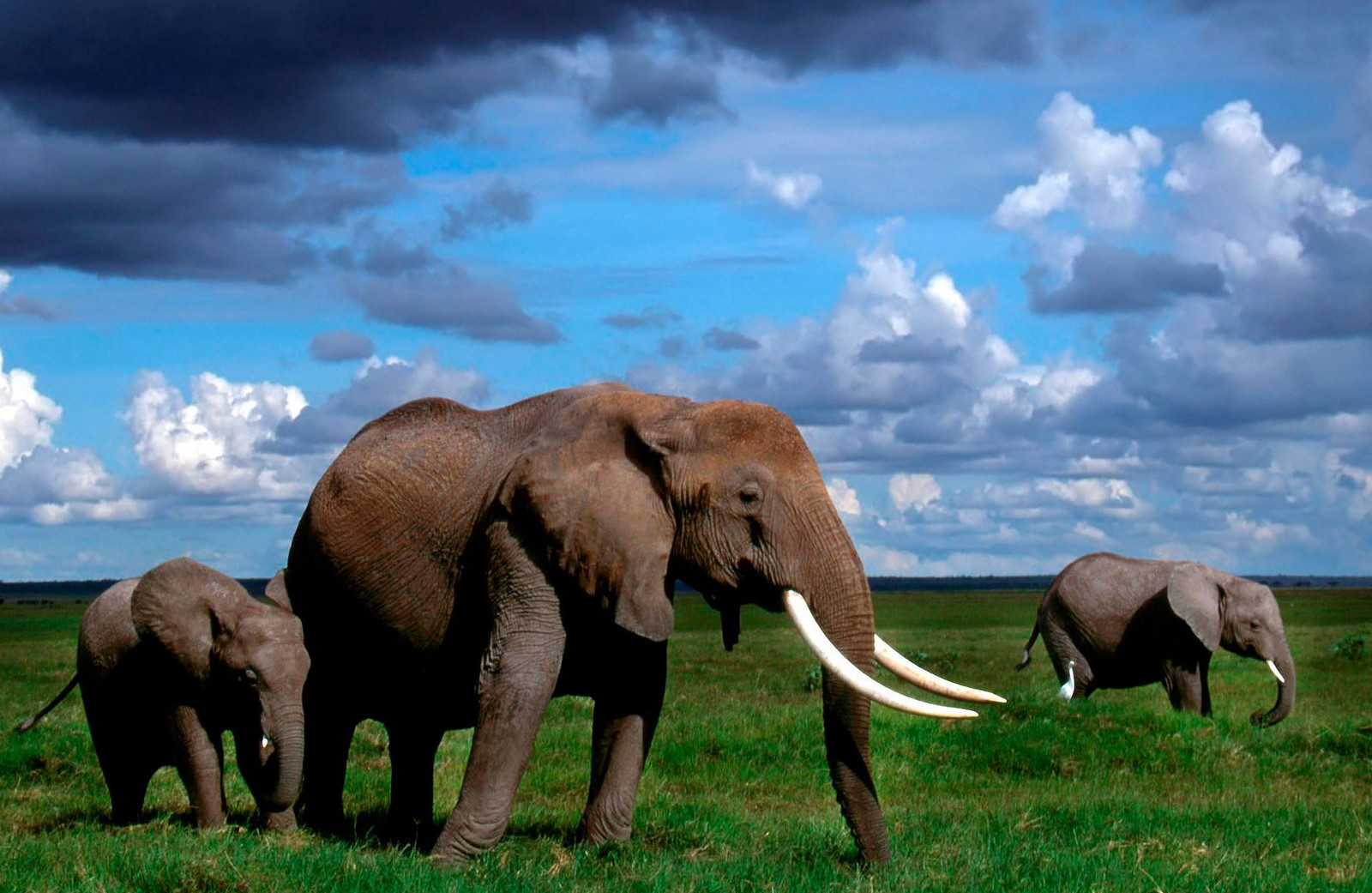 Growing up just outside of London, the closest I ever got to seeing a wild animal was squirrels in my back garden and the deer in Richmond Park.

So, when I was given the chance to spend three days in Amboseli National Park, witnessing International Fund for Animal Welfare’s (IFAW) work first-hand, there was no way I was going to miss it. I’d wanted to see elephants in the wild since I did a project about them in primary school, so this really was a dream come true!

The drive from Nairobi to Amboseli took about four hours. As we drove deep into the park, the snow-capped top of Mount Kilimanjaro made an appearance from behind the clouds. It was sensory overload. Dust devils danced across the plains before suddenly disappearing; with the sky so vast and the sun so bright, when the clouds moved in front of it an enormous shadow seemed to fall across the park floor.

People say that the animals in Kenya like to frustrate eager visitors, but there was no sign of that for us.

We were lucky enough to see four of the Big Five on our first game drive (the leopards remained notoriously elusive). Our driver, Edwin, knew everything about every animal that we saw, and seemed to possess a sixth sense because how he managed to spot some of them, I’ll never know.

I never got tired of seeing giraffe faces peering out from behind trees to see who was approaching, their beautifully long eyelashes fluttering, or the zeals of zebras standing so close together that their barcode stripes made it hard for my eyes to focus.

But it was definitely the elephants that captivated me. The slow, deliberate way they moved across the park, the babies sticking close to their mothers and the egrets hitching a ride on their backs.

Elephants are highly sociable mammals, and are constantly communicating with each other, making use of all of their senses. They have an exceptional ability to detect vibrations, and engage in tactile conversations with their trunks, occasionally raising them like periscopes. If we listened carefully, we could hear them emitting a barely audible rumble, their giant ears flapping as if to acknowledge our arrival.

Our instructor in the secret ways of elephant society was Vicki Fishlock, a research scientist from the Amboseli Elephants Research Project. IFAW is supporting the Project’s study into the population’s recovery from the drought of 2009, a ‘mammoth’ collection of birth, death and behavioral data, which is expected to give us a much deeper understanding of Amboseli’s elephants, and populations across Africa, and the findings will help guide future management conservation action.

Elephants and the Ecosystem 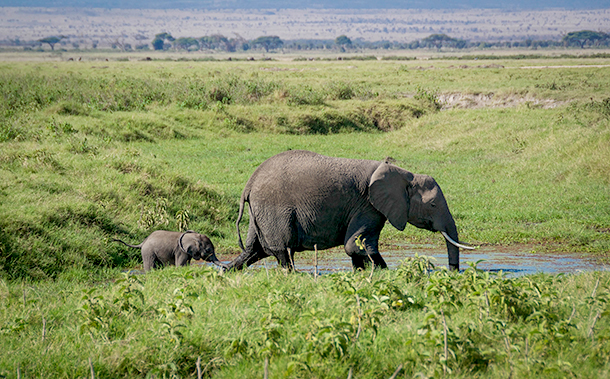 Elephants are a keystone species, maintaining the balance of all other species in the ecosystem.

They pull down trees and break up thorny bushes, which left unchecked would form a thicket of trees or shrubs that would eventually cause the grassland to disappear due to a simple lack of sunlight. And, if the grasslands disappear, so would the grazing antelopes, zebras and of course, the great carnivores.

There are around 1,400 elephants in Amboseli National Park, and we went to visit a few of the elephant families to see what they were up to.

Vicki explained that each elephant has a unique name, and that the researchers were able to identify the elephants by such distinguishing features as scars, tusk size and even the veins on their ears. Each individual was beautiful and majestic, but my heart belonged to a two-day old elephant, still a bit wobbly on his feet.

He doesn’t have a name yet as calves aren’t usually named until they are four years old, when they have survived the period of highest mortality risk. For now, the calf will have a code name based on its mother’s name and year of birth. In my head, I secretly name him Dave. 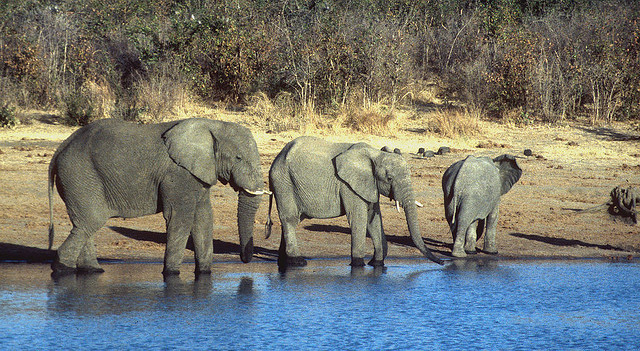 Elephants need a large habitat to live in, and humans have become their direct competitors for living space. Due to the park’s small size, the animals depend on the Maasai community land and spend up to 80 percent of their time on these community group ranches as well as using them as crucial corridors for migration.

Due to increased human population and settlement in these elephant habitats cases of human-elephant conflict arise due to competition for pasture and water. Consequently, elephants are increasingly being displaced and marginalized to an extent that soon there might be little or no space for elephants in Amboseli.

To address this threat, we need to find alternative land uses that deliver both space for elephants and benefits to the local community. One such critical area is Kitenden Corridor Conservation Area which runs between Amboseli National Park boundary and Mount Kilimanjaro.

IFAW has partnered with one of the group ranches, Olgulului Olalarashi Group Ranch (OOGR) to secure this critical corridor. When fully established Kitenden Corridor Conservation Area will ensure that a favored route that elephants use to move across the Tanzanian border onto West Kilimanjaro protected area is secured from habitat fragmentation and potential conflicts with local communities.

We drove along the Kitenden Road and hiked up Lemomo Hill where from the top, we could see across the vast expanse of landscape that makes up part of the Kitenden conservation area.

The Threat of Ivory Poaching 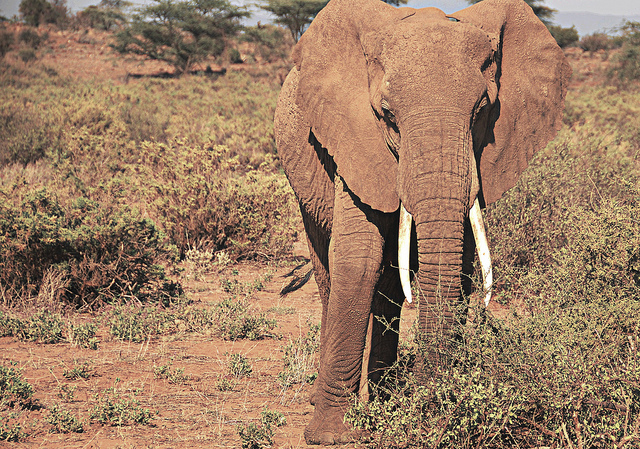 Another big threat that elephants face is poaching. It is estimated that around 30,000 elephants are poached every year for their ivory. Unless the rate of poaching decreases, elephant populations face extinction in some places.

On our way back from Lemomo Hill we stopped off at the KWS Amboseli National Park HQ to meet with Zainabu Salim, the Senior Warden. IFAW has facilitated the training of 20 community rangers and donated anti-poaching vehicles to the KWS.

It was heartening to hear that the rangers have made a noticeable difference – no elephants in the Park were killed by poachers in 2014. The only deaths were down to natural causes and human-elephant conflict.

A Brighter Future for Elephants

On our final night, we watched the sun set over Amboseli from the top of Observation Hill, and as we drove back through the park on the way to our lodge I must admit I got a little emotional. In the distance, a small herd of elephants were quietly grazing under the towering presence of Mount Kilimanjaro, with the dark silhouettes of acacia trees flanking them.

There was an orange glow still in the sky, and the whole scene was so peaceful and beautiful that I couldn’t help feeling sad for all those elephants that have been killed just for their tusks or through human-elephant conflict.

But then I remembered the projects we’d visited over the last few days, and the people we’d met who are so determined to help these majestic animals. I’m sure that, if we all continue to support projects like these, we can build a better, brighter future for Africa’s elephants – both in Amboseli and across the entire continent.