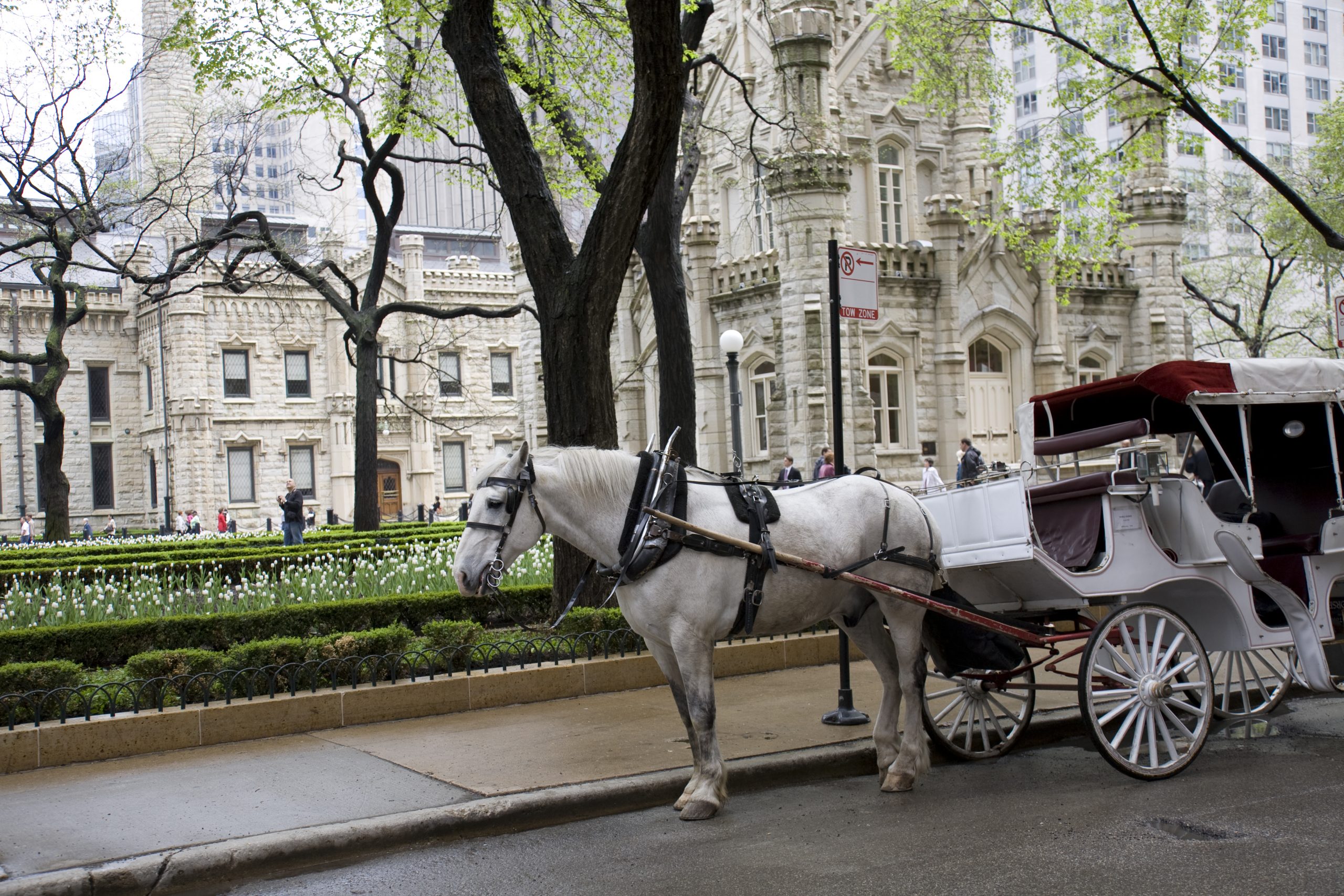 Great news to start off 2021! Chicago’s carriage ban officially took effect on the first of January. According to Chicago Alliance for Animals (CAA), Chicago’s City Council’s vote to not renew licenses for horse-drawn carriage officially began on January 1!

“The Chicago Alliance for Animals is overjoyed that Chicago officials finally acknowledged that humane tourism is the way of the future and banned this inhumane, archaic and dangerous relic before a human or horse suffers or dies from this unnecessary activity, like so many have in other cities,” Chicago Alliance for Animals Executive Director, Jodie Wiederkehr, who has worked on the ban since 2017, said in an emailed statement.

Regarding the cruel industry, Wiederkehr told the Chicago Tribune in 2020, “For two years, we have relayed information to aldermen and the mayor about how they (operators) overwork horses and violate laws intended to protect public safety. These horse operators refuse to self-regulate. … The city doesn’t have time to babysit this trade.”

Sign this petition to demand an end to the cruel horse carriage industry!

Read more about horse-drawn carriages in One Green Planet: