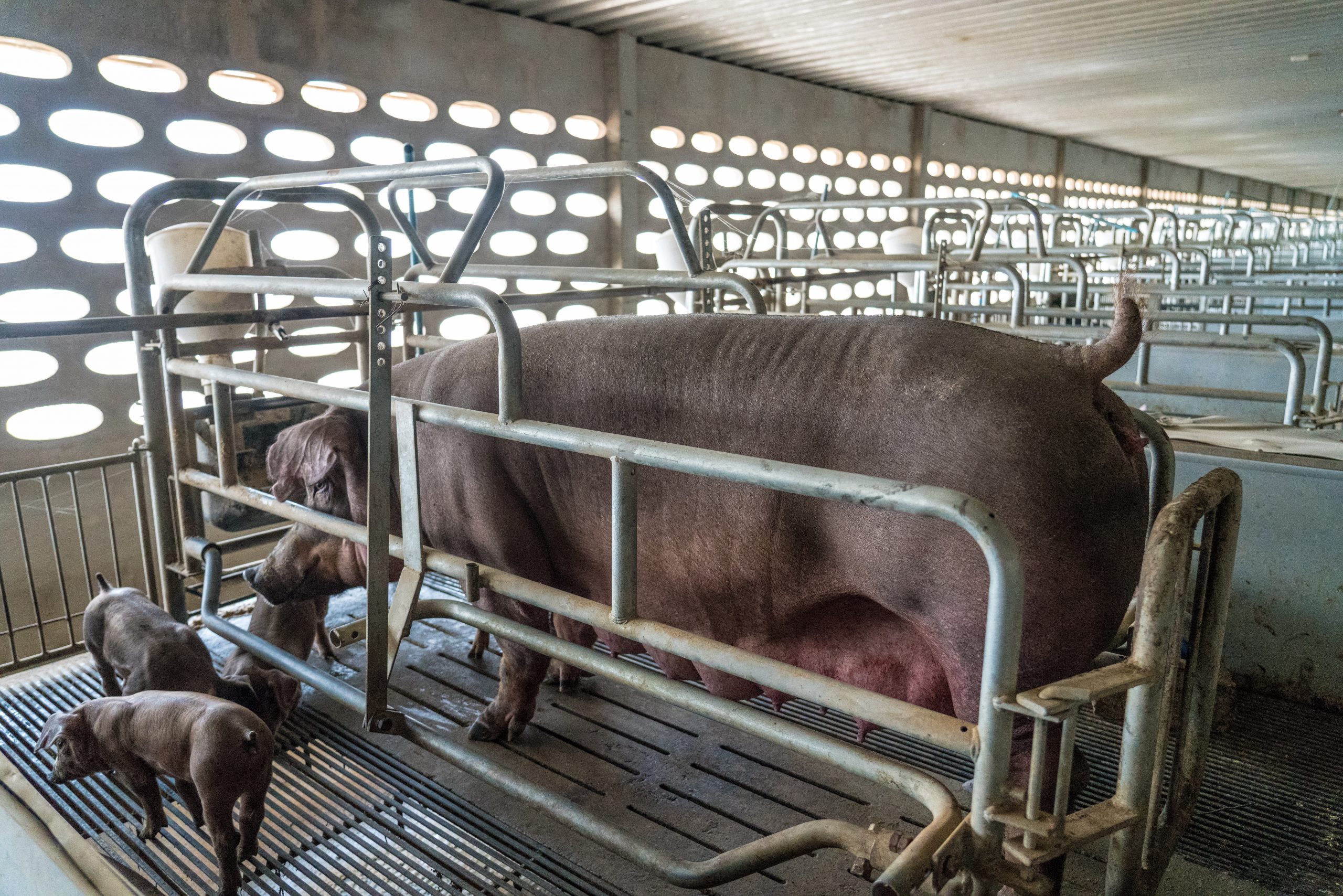 “Ten states, Canada, and the European Union have already banned gestation crates while nine states have banned veal crates,” says Animal Legal Defense Fund Executive Director Stephen Wells. “Coupled with increasing demand by consumers for increased compassion and transparency in how farmed animals are raised, now is the time for New Jersey to ban the crates.”

“In gestation crates, mother pigs are nearly immobilized, unable to even turn around or stretch their legs,” says actor, director, and New Jersey native Paul Wesley. “Intensively confining these sensitive, intelligent animals is simply cruel. New Jersey must outlaw the extreme confinement of mother pigs and calves used for veal.”

The letter sent to the legislature notes, “Gestation crates and veal crates are inherently cruel. Both include severely restricting the animal’s movement, to the point of virtual immobilization, which leads to highly stressful conditions that induces physical and psychological illness — and great suffering.”

Read more about gestation crates and where the largest food companies stand on animal welfare issues.

Sign this petition to tell companies to publicly commit to ending gestation crates.