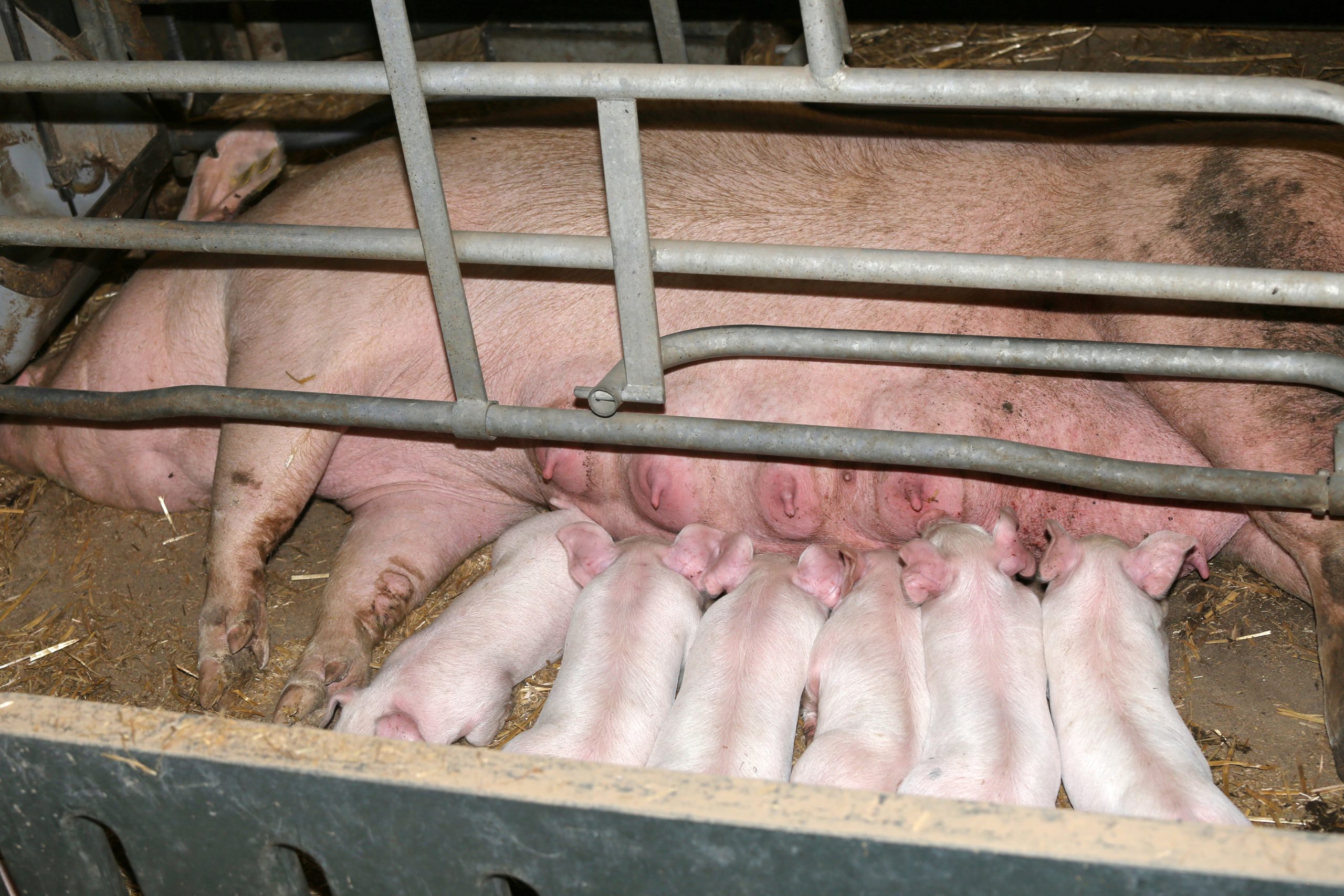 Animals suffer unimaginable abuse in factory farms. They are kept in cramped cages, stolen from their mothers, mutilated, bred to unnatural sizes, and tortured until they are slaughtered for people to eat. It’s so heartbreaking to hear about the atrocities that animals endure at the hands of humans and despite all of the footage and evidence of this cruelty, factory farms are still the norm in the U.S.

One of the cruel practices common for factory farms is the use of gestation crates for pregnant pigs. Gestation crates are cages that pigs are kept in during pregnancy. These crates are so tiny that the pigs have no room to move around or switch positions and must sit in their own excrement. Gestation crates are designed for efficiency by keeping as many pigs as possible within a small space. These pigs are usually bred between five and seven times, one after the other, before beng slaughtered. Her babies are immediately taken away and will also be slaughtered for meat within a few months of being born.

While working to end factory farming, let’s also work to lessen the suffering of factory-farmed animals in the meantime. Sign this petition to demand that Smithfield Foods follows through with their promise by removing all gestation crates from their facilities!