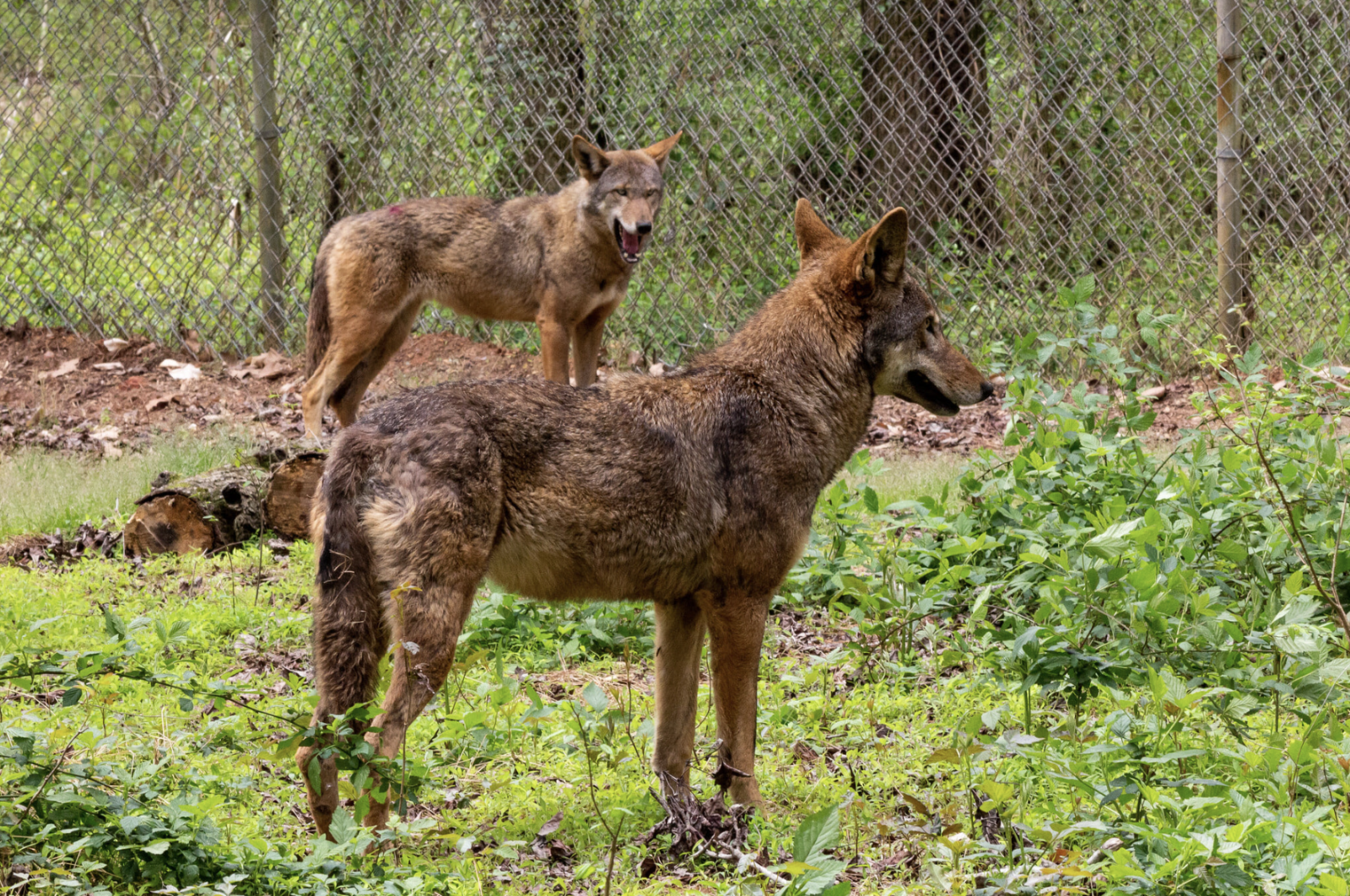 Carolina Tiger Rescue is a 501(c)3 GFAS-accredited nonprofit wildlife sanctuary that’s dedicated to saving and protecting wild cats in captivity and the wild. They work to help wild cats live in their native habitats in peace without being exploited by humans.

The rescue recently welcomed two three-year-old female red wolves to its sanctuary! They shared pictures on Facebook of the two new additions. Caroline and Mist are settling in nicely, the rescue said in a Facebook post.

According to Tiger Rescue, Caroline and Mist will live at the sanctuary for the next few years until they reach the optimal age for breeding. The female wolves will be looked after and bred as part of the Red Wolf Species Survival Plan. RWSSP is an initiative that involves dozens of sanctuaries, zoos, and other animal facilities that all work cohesively to preserve this critically endangered species of red wolves, also known as the American wolf.

RWSSP reports there are only approximately 20 to 30 red wolves left in the wild in eastern North Carolina and a little more than 200 left in captivity. Once native to the eastern part of the United States, aggressive predator mitigation strategies and habitat loss virtually wiped them out in the mid-1900s, said the rescue in a Facebook post.

Carolina and Mist currently belong to the RWSSP, which means that visitors will not be allowed at this time. However, they promised Carolina Tiger Rescue promised to provide photos, videos, and continued updates on their care.

Red wolves are critically important to our ecosystems and could help control the overpopulation of several invasive species where they to return to and thrive in their native environment, said the rescue in a Facebook post. This is why Carolina Tiger Rescue is so passionate about what they do in their efforts to help their species survive!