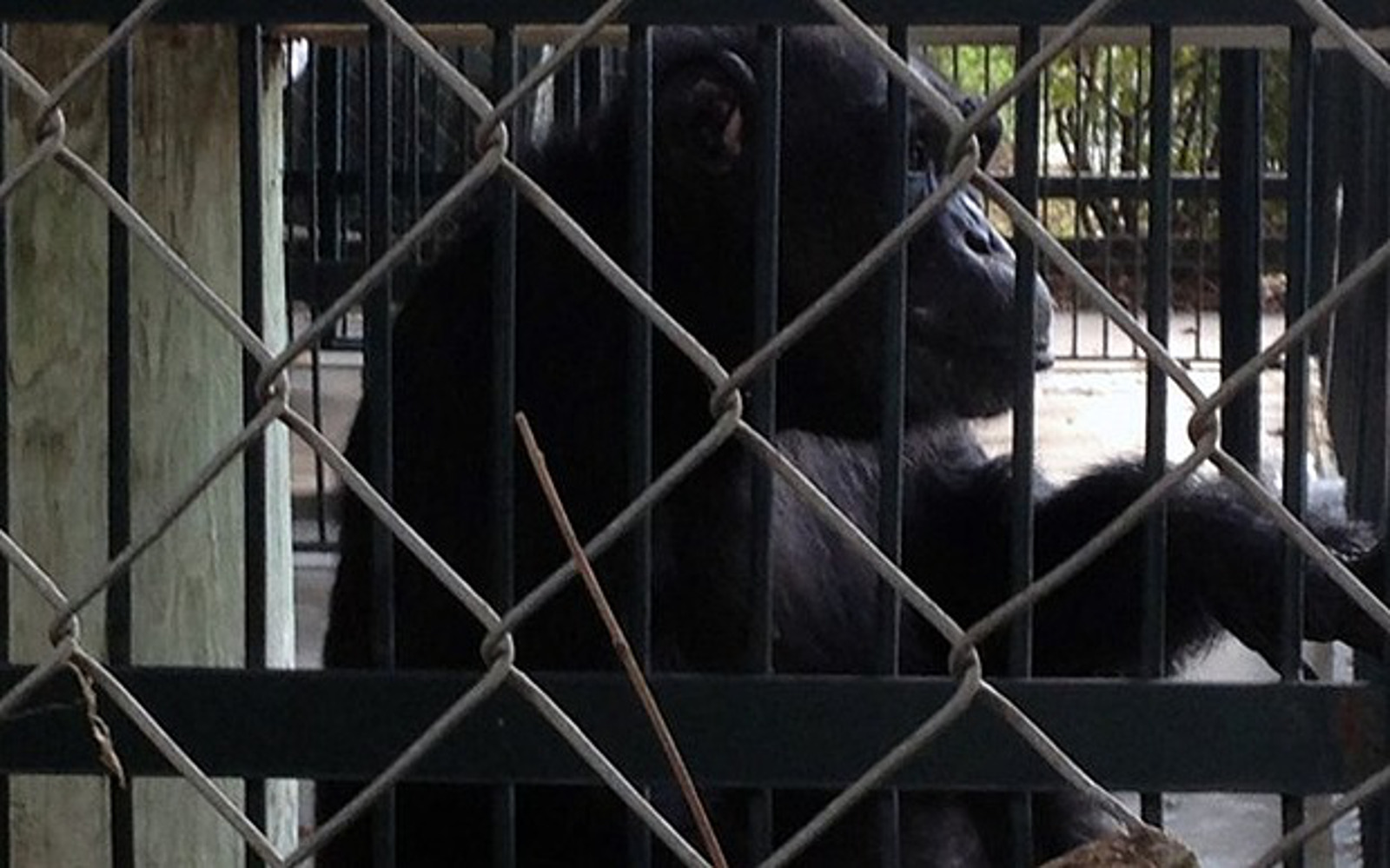 In late 2015, the Animal Legal Defense Fund (ALDF) headed to court on behalf of a lonely chimpanzee named Candy, who’s been in captivity for decades. Isolated in a tiny, concrete cage at Dixie Landin in Baton Rouge, LA, Candy allegedly spent her days smoking cigarettes thrown to her by visitors and drinking coca-cola. First used as a performer at Fun Fair Park and now as an attraction at the Dixie Landin Amusement park, this 50-year-old chimpanzee has known nothing but isolation and a life that is entirely unnatural for her species.

Thankfully, due to the ongoing concerns of local citizens who have been witness to Candy’s suffering and advocated for her freedom since the 80s, ALDF’s lawsuit started Candy on the hopeful path to freedom. 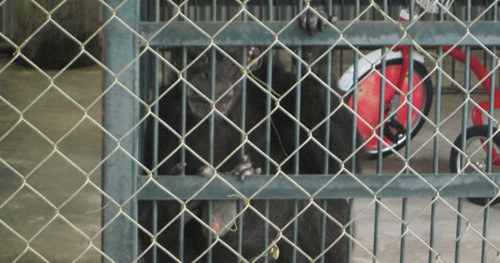 Cathy Breaux and Holly Reynolds, long-time residents of Baton Rouge, have been campaigning to move Candy to a sanctuary for the last thirty years or more. Recalling the first time she saw Candy up close at Fun Fair Park when she was still in high school, Breaux said, “It was terribly sad. It just broke my heart.”

According to Breaux, Candy lived in a cage that was 10 feet by four feet by six feet and she would frequently be seen picking up lit cigarettes from visitors and smoking them. Nearly a decade later, Breaux was shocked to learn Candy was still in captivity and set out to help win her freedom with the help of Holly Reynolds. The pair set to work calling on the local community to write letters to Baton Rouge’s director of animal control asking for Candy’s owner, Samuel Haynes Jr., to provide her with a larger enclosure and give her access to enrichment items donated by concerned citizens.

However, because Candy is privately owned, the local government wasn’t able to intervene. Breaux and Reynolds refused to give up, continuing to send letters directly to Haynes. They even got Jane Goodall to send a letter entreating him to retire the chimp, but unfortunately, all went ignored.

At one point, Haynes did attempt to retire the elderly chimp to the Baton Rouge Zoo, but clearly Candy was not content with another life in captivity and made numerous escapes. She even taught the other chimps how to escape. Eventually, Haynes had to take Candy back, which he now uses as proof that she needs to stay with her “human family.”

How the Endangered Species Act Can Help Candy 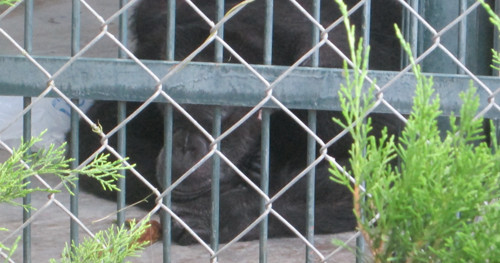 The good news is that, after years of campaigning, Candy may finally get her freedom thanks to the government’s decision to count captive chimpanzees under the Endangered Species Act. Captive chimpanzees are now classified as endangered, instead of threatened. As such, anyone who wishes to use this species for research or entertainment will now be obliged to show how it will benefit the conservation of the chimpanzee. So in the case of activities that harm chimpanzees, one must obtain a permit to show how their actions enhance species conservation. Because the park is not providing Candy with the proper care, allowing her to smoke cigarettes and even allegedly feeding her Coca-Cola instead of water, ALDF had legal grounds to file suit on Candy’s behalf.

On their website, ALDF explains, “Endangered species are protected from harassment, with ‘harass’ being defined by the Department of the Interior as ‘an intentional or negligent act or omission which creates the likelihood of injury to wildlife by annoying it to such an extent as to significantly disrupt normal behavioral patterns which include, but are not limited to, breeding, feeding, or sheltering.”

Cigarette smoking is just as harmful to chimpanzees as it is to humans. And her cola-drinking habit isn’t doing her health any favors, either. Back in 2012, city animal control officials cited the Baton Rouge Park for not supplying water for Candy. Defendants responded to the citation claiming that Candy doesn’t like water. That’s why they give her solely coca-cola. According to visiting experts, Candy has accepted, and consumed water offered to her in the past, so their claims are indeed lies. Water, after all, is an essential requirement for chimps. Not soda.

Psychological problems are not uncommon for animals in captivity. In fact, they’re a lot more common than you might think. As for Candy, life in a barren cage at the amusement park has certainly taken its toll on her mental well-being.

“She has been known to rock back and forth―what animal behaviorist call ‘stereotypic behavior,’ which is symptomatic of poor welfare, severe stress, or even mental illness,” said ALDF. “On other occasions, she curls up into the fetal position on the concrete floor.”

Chimpanzees are highly intelligent animals with whom we share nearly 99 percent of our DNA. They are able to make and use tools, communicate with humans using sign language, and even remember the name sign for people they haven’t seen in years. In other words, Candy – and all other captive-held chimpanzees, for that matter – deserve better.

Check out the video below from ALDF to see how captivity has impacted this sweet chimp:

Will You Help Candy?

Chimp Haven, a highly reputable sanctuary, is located just 20 miles down the road from the park where Candy is left to languish. This wonderful chimpanzee sanctuary  is ready and more than happy to take Candy. There she will receive all the love, care, and attention she needs along with plenty of socialization. Unfortunately, the trial is not set until December 2017, so she still has a long wait. Meanwhile, there are a few things you can do to help Candy.