Whatever Happened to the Chimp From ‘Buddy’? The Answer is Heartbreaking! 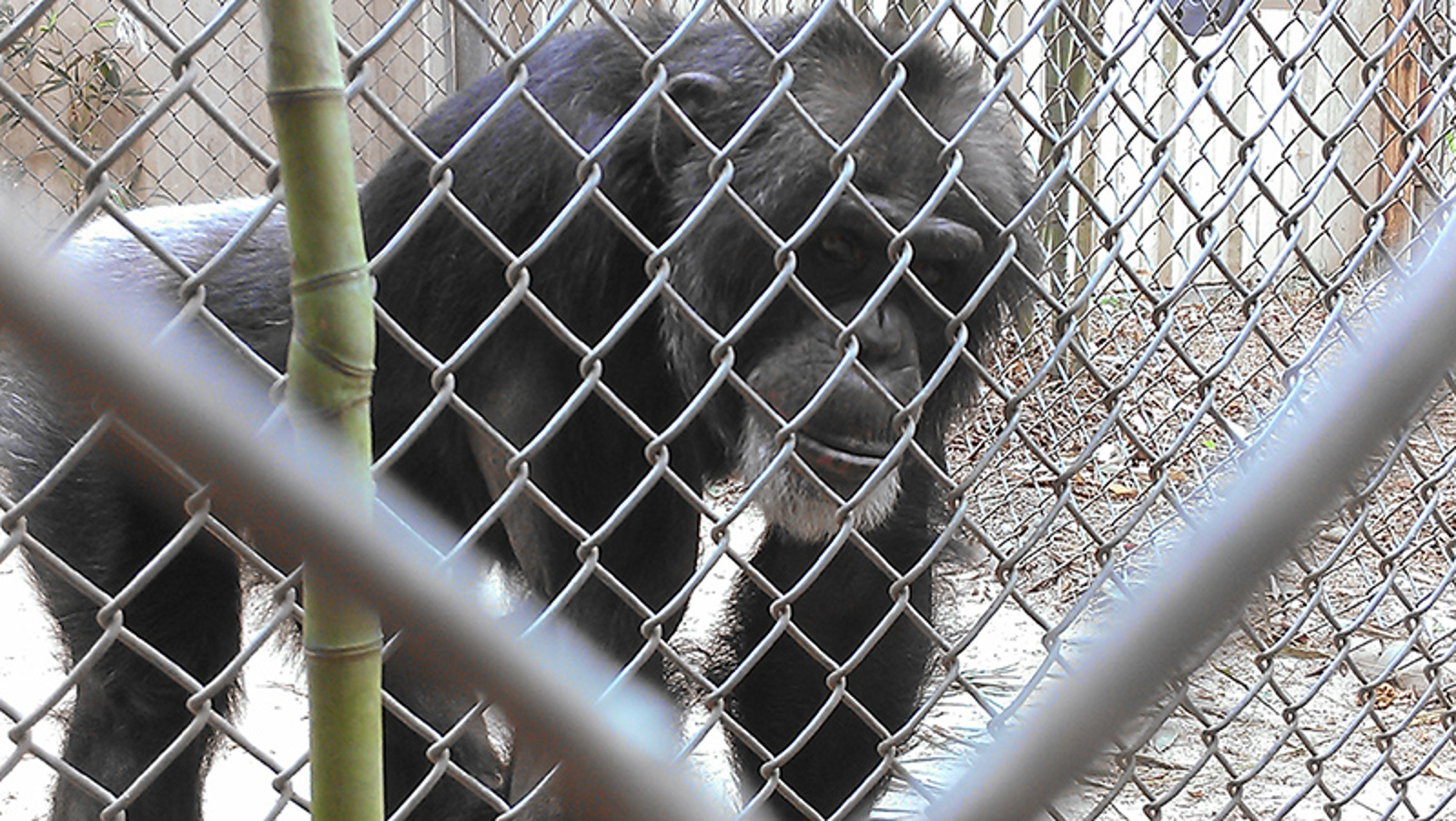 For the last 16 years, Joe the chimpanzee has been living at The Mobile Zoo, a seedy roadside attraction in Wilmer, Alabama. He lives in a barren enclosure, all alone, with only the faces of gawking visitors for company. He hasn’t seen another chimpanzee since he was a baby.

Most likely stolen from his mother as an infant, Joe spent his early years in the entertainment industry, forced to perform silly tricks for the camera. He’s also the chimp who starred in the 1997 movie, “Buddy.” At 10 years old, his trainer abandoned him at the Mobile Zoo, where he has lived ever since, in almost complete isolation.

Chimpanzees in the Wild

Chimpanzees are highly social animals. In the wild, they live in large groups and spend hours grooming and playing with others. Without a strong social environment, chimpanzees suffer from loneliness, boredom, and often, depression. Just like humans, when their fundamental needs are stolen from them, chimpanzees can act out in a way that is far from normal. For instance, Joe recently lashed out in response to visitors throwing peanuts at him.

However, that’s not all. An inspector who carried out an investigation at the zoo says Joe showed signs of psychological stress by banging, spitting, jumping, and throwing dirt.

It’s clear that Joe’s basic needs are not being met. Instead of enjoying the companionship of other chimpanzees, thriving in acres of open space, and foraging for food, Joe spends his days alone in a cage without any grass and only dirt, all for the sake of “entertainment” for tourists.

Could This Zoo Be Closed Down Soon?

After failing to provide adequate care and environmental enrichment for Joe’s physical, social, and psychological needs, the U.S. Department of Agriculture (USDA) is now suing the zoo. The zoohas racked up endless violations of The Animal Welfare Act over the years including denying animals sufficient veterinary care, keeping animals in dire and dangerous conditions, and failing to provide adequate social care for Joe and other primates.

The suit could result in the Zoo losing its license to exhibit animals. Let’s be honest, they’ve had this coming for a long time and deserve to be closed down permanently.

In defense of the claims, the zoo says they’ve been working on getting the funds to improve Joe’s enclosure. They regularly post on facebook, pleading for donations and sponsors for Joe. Yet, for the last 16 years, nothing ever seems to get better for Joe. He is still living in squalor.

Help Joe By Signing This Petition!

Joe deserves to live out his days in a reputable sanctuary, where he will have an abundance of space to roam, plenty of enrichment and most of all, companionship.

If he stays at The Mobile Zoo for much longer, Joe’s mental well-being will get much worse and eventually, it will be too late to help him. Is that how we should be treating a species with whom we humans share nearly 98 percent of our DNA and an endangered species at that? Certainly not. That’s why we should all act now and the voice Joe desperately needs.

Steer clear of this zoo and other roadside zoos, as most are just as bad or worse than The Mobile Zoo.

Speak up today and sign this petition urging The Mobile Zoo to release Joe to an accredited sanctuary. This petition needs as many voices as it can get, so that someday soon, Joe won’t have to endure strangers gaping and throwing peanuts at him again.