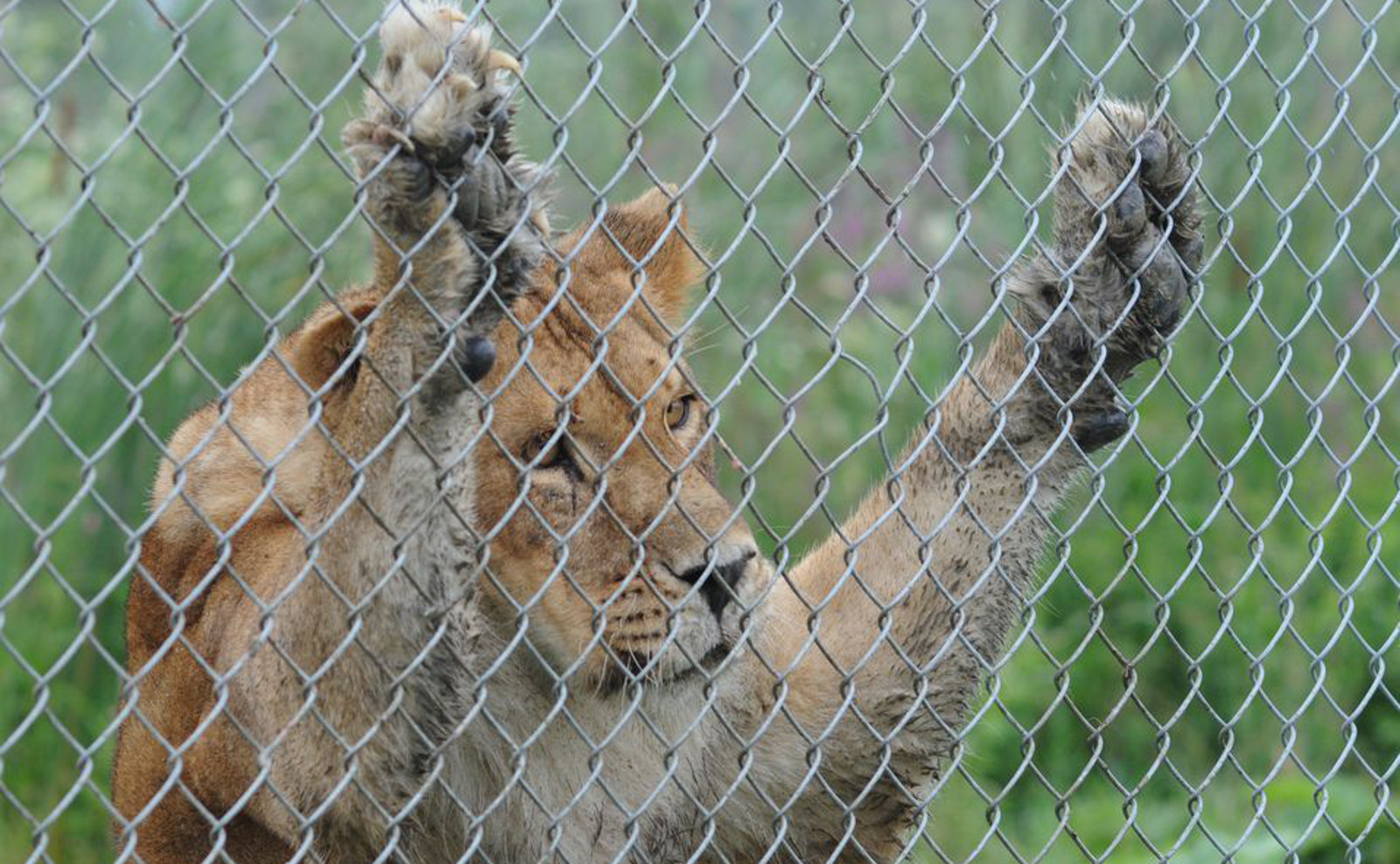 More often than not, roadside zoos are too good to be true and actually cause the animals in their care enormous amounts of pain and suffering. Animals are usually kept in cages that are far too small and not fed a diet that is appropriate to their breed. Above all, the fact that a captive environment, under any circumstance, can never replicate the wild for an animal who has complex behavioral and mental needs, cannot be ignored.

Roadside zoos also differ from conventional zoos in that they allow visitors to handle or feed the animals in their care. There have been many unfortunate incidents involving animals and tourists at roadside zoos that prove the danger of these facilities. However, many continue to exist across the U.S.

The good news is that many organizations are working to shut down these cruel attractions and relocate animals to sanctuaries where they can get the freedom and care that they deserve.

Here are four stories of roadside zoo rescues that give us hope that one day these places will no longer exist.

1.  11 Exotic Animals Saved From Abusive Conditions at the Collins Zoo

In 2012, the Humane Society of the United States led a rescue of eleven exotic animals from a roadside zoo called Collins Zoo where the animals were neglected.  A video of the dramatic rescue can be seen here:

The rescue occurred following an undercover investigation showing the terrible conditions, including injured and underfed animals as well as flimsy enclosures that put both animals and the pubic in danger. The animals were kept in small pens, had no activities available for entertainment and they were also suffering from many medical problems. 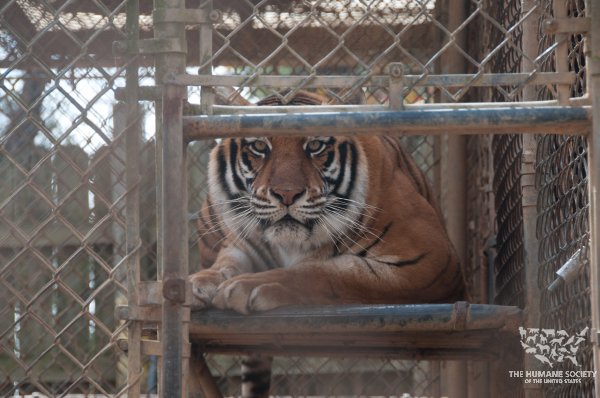 2. Rescue of Iris the Lonely Chimp 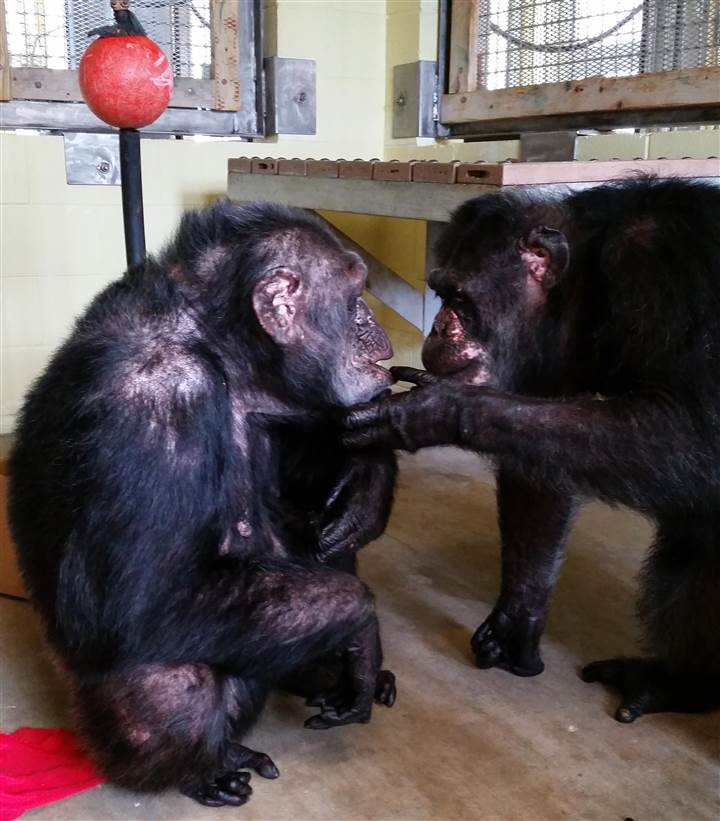 The story of Iris the chimpanzee is another tragic example of what happens to animals in roadside zoos. This 40-year-old chimp had been living in a roadside Georgia zoo since 1999. Originally, she was living with her mother and other chimpanzees, but after they all died by 2012, she was left all alone. Understandably, Iris became very depressed in her dark enclosure. Luckily, PETA fought for her rescue, and she was relocated in March 2015 to Save the Chimps sanctuary in Florida. This is the largest sanctuary for rescued chimpanzees, and she has been able to make friends already. Iris loves to explore the island and is getting stronger quickly. She will ultimately be integrated into a chimpanzee family where she will get to live out her days surrounded by others that she loves.

In 2014, two Himalayan Black Bears were rescued from the Three Bears General Store, a roadside zoo and tourist attraction in Pigeon Forge, Tennessee. The bears were originally illegally imported to the United States and were being kept in a concrete pit at the store where visitors could look at them and pay to throw them food. When the bears were not on display, they lived in a backyard in cages that were far too small for full-grown bears. PETA ultimately filed a complaint about the treatment of the animals and the owners were forced to remove a male and female pair. With the help of a generous donation from Sam Simon, the two bears were relocated to the Wild Animal Sanctuary in Colorado where they now have access to rolling acres of open land where they can explore and enjoy their freedom. Check out the glorious rescue, below:

They were moved just in time as the female was pregnant and had ample time to make a comfortable nest for her babies at the sanctuary. She gave birth to healthy cubs who will never have to know the suffering that their parents endured.

In February 2013, eleven abused bears at Chief Saunooke Bear Park in North Carolina were rescued. These bears had been kept in concrete pits by the owners of the bear park and would only receive food when tourists paid to feed the animals. More often than not, the food given to them was not suited to a bear’s diet.

Luckily, all 11 bears were removed from this horrific situation and relocated to the International Exotic Animal Sanctuary in Boyd, TX. 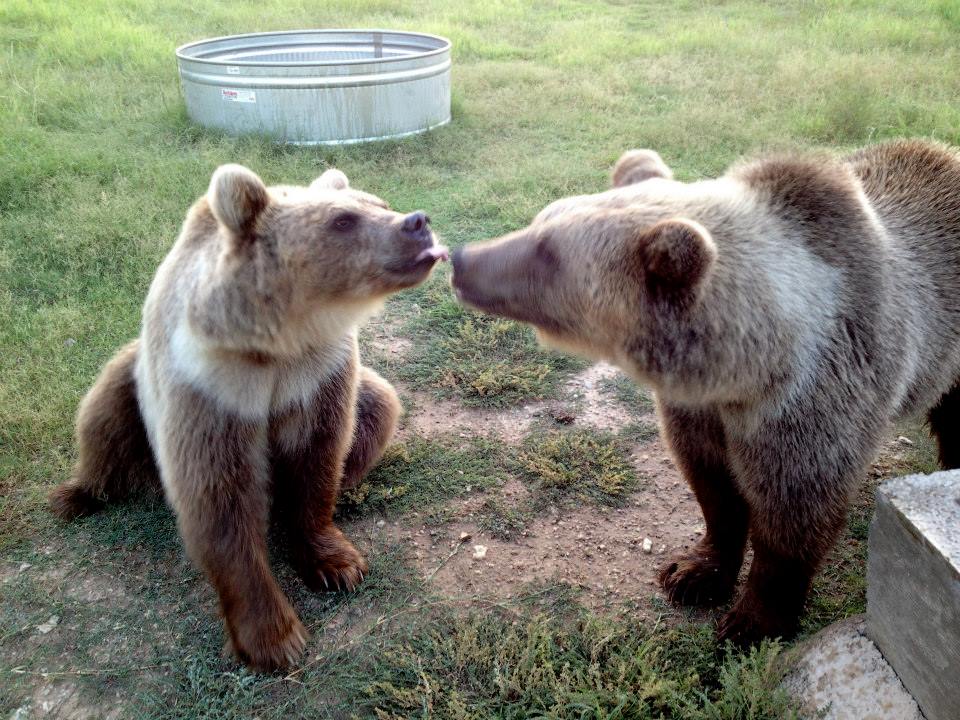 The bears included two Asian Moon Bears, six black bears, and two grizzly bears. Now this bunch of bears is enjoying all the luxuries of life in a sanctuary as they enjoy plenty of space to roam and explore, in addition to heaping meals of healthy foods. 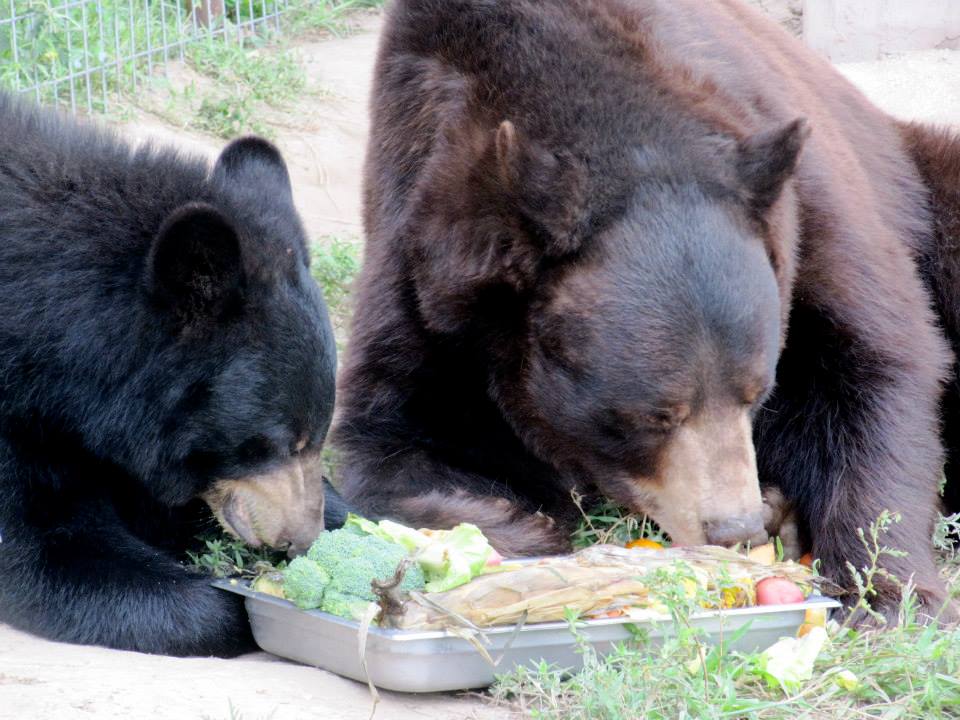 How You Can Help Others

While these stories all have happy endings, there are many, many more that do not. The sad reality is that roadside zoos advertise that they care for their animals and often trick visitors into thinking that they only have their best interest in mind. The best thing you can do to help prevent the suffering of other animals is to help raise awareness for these abused animals and encourage others not to pay to see any animals on display. When people stop paying to feed bears in concrete pits or pet monkeys and tigers in roadside zoos, these facilities will no longer be profitable and cease to exist. Remember, no matter how tempting it might be to see an exotic animal up close and personal, no animal should have to suffer for the sake of our entertainment.