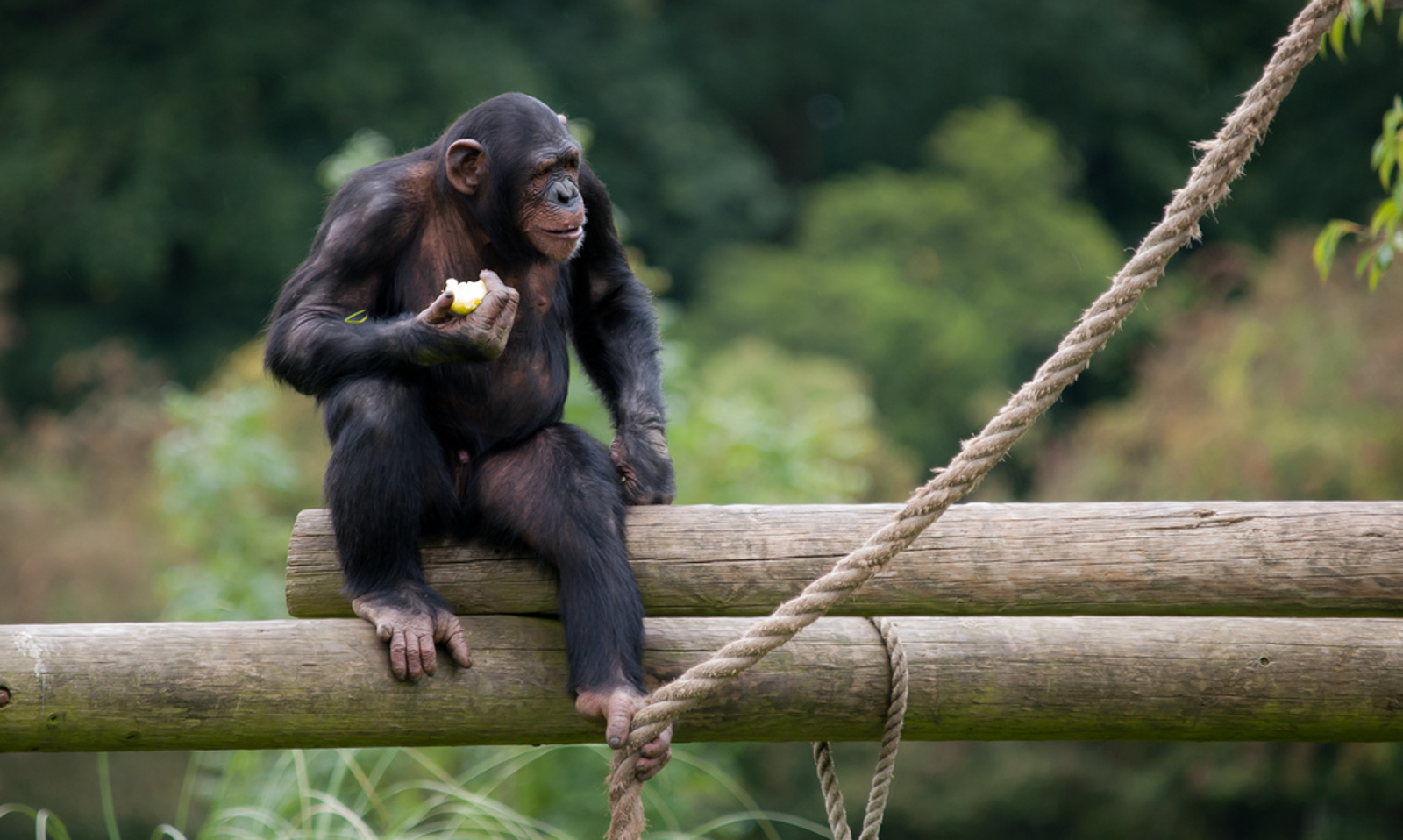 In 2010, the Humane Society of the United States, the Jane Goodall Institute and a number of other animal organizations began a petition and now, five years on, it’s finally happening: captive chimpanzees in the United States are being added to the endangered species list. The U.S. Fish and Wildlife Service are now listing all chimpanzees under the Endangered Species Act (ESA) and this is going to affect the futures of over 1,800 captive chimps in the U.S – for the better, of course.

Although wild chimpanzees have been included on the ESA since 1990, captive chimpanzees were only recognized as “threatened” and this status brings with it fewer protections. Now, classed as “endangered,” they will get the protection they deserve.

What This Means for Chimps

Is this all scientific jargon to you? Let us explain. Endangered status means that anyone who wishes to use this species for research or entertainment will now be obliged to show how it will benefit the conservation of the chimpanzee. So in the case of activities that harm chimpanzees, one must obtain a permit to show how their actions enhance species conservation. If the chimps are going to be held in laboratories, put on display in a zoo or as a pet, then the people who wish to do so will have to prove that this in some way benefits the species.

“The Fish and Wildlife Service is required to make permitting decisions on a case-by-case basis,” Anna Frostic, senior attorney of captive wildlife research for the Humane Society of the United States (HSUS) tells One Green Planet, “so it is difficult to make broad predictions about how this will be implemented, but the listing also gives animal protection organizations and the public tools to prevent exploitation of chimpanzees – for example, all permitting decisions will be subject to public notice and comment and the ESA contains a citizen suit provision that facilitates litigation directly against any person (or the agency) for violating the ESA.”

The new rule also means that for the 733 chimps remaining in labs across the U.S, research is prohibited. Plus, it should curb the use of chimps for entertainment and pets.

Why is This Such a Big Deal?

We’ve learned a lot about chimpanzees over the last few decades, like the fact that they are highly sociable creatures who love their families and that they can forge lifelong friendships. Research has also shown us that chimpanzees have the ability to empathize with others, have great memories, and can even grieve when a loved one passes away.

So what happens when a chimpanzee is captured from the wild, stolen from their family and crammed in a tiny cage with nothing to do and nobody to see all day, every day? Madness, that’s what happens. Subjecting chimps to this sort of environment take an enormous mental and physical toll on them.

Steven Wise and the Nonhuman Rights Project argue that chimpanzees deserve basic human rights on order to protect them from this sort of extreme abuse and cruelty, illustrating the depths of their mental and emotional abilities. While the extension of the ESA doesn’t provide chimpanzees with their own rights, it is a step that ensures they are given more protections under the law so they are no longer considered ownable objects that can be used at the unabashed will of humans.

What’s Next for Chimps?

Over one hundred chimpanzees have been retired from federally owned labs thanks to the HSUS, but still, around 700 chimps, both federally and privately owned, are waiting to be set free. What needs to be done next? More sanctuary space is needed for retired chimps and funds are needed for this to happen. So please lend a helping hand in raising funds for the retirement of chimpanzees from labs. You can send a donation to the HSUS here and your generosity will be much appreciated.

To help further, you can also contact your U.S. Senators and Representatives and encourage the passage of the Captive Primate Safety Act, to prohibit the pet trade of nonhuman primates in the United States.