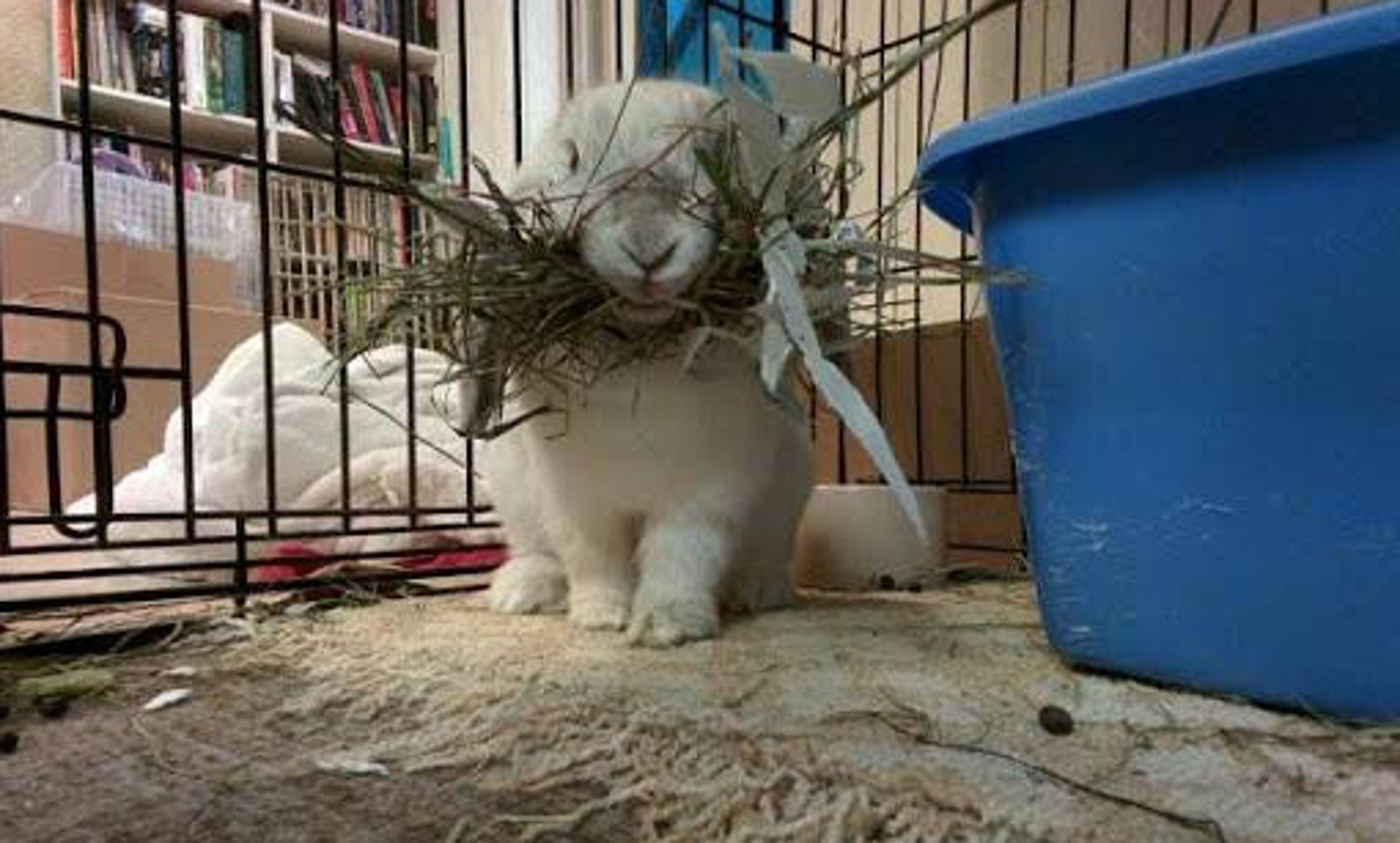 Not every rescue tale involves a big team, lots of equipment or getting down in the mud and grass to bring a rabbit life to safety.  Sometimes the rescue itself seems simple — we arrive, we save, and everyone lives “hoppily” ever after.  Despite the perceived ease of a rescue case, the impact is no less vital to the animal.  One rabbit, named Savannah, is an ever-important reminder of that.

In early January 2016, Long Island Rabbit Rescue was contacted by a concerned mom of multiple animals and humans. The family had a rabbit, whom they loved.  So when a friend’s rabbit had an “accidental litter,” they decided to take in one of the babies.  They thought, since their first rabbit was such a great addition to their family, why not add another?  And that’s where the situation got complicated…

Rabbits as companion animals are often misunderstood.  They are not low-maintenance.  They are not cuddle toys.  They are never aggressive or mean to people, even if they seem that way.  And, as prey animals, they do not typically make friends easily with another rabbit (though once they do, friendships can last for life).  It is possible — but there’s a process.

When this completely well-meaning family brought home the baby and plopped her in the cage with their current rabbit, everything changed.  The rabbits began to fight.  The little one would lunge and display behaviors that the family perceived to be aggressive.  These behaviors got so intense that the family felt they couldn’t approach either rabbit or their habitat, thus, their cage went uncleaned for weeks and their access to food was irregular.

The mother of this family emailed us in desperation.  She said she needed someone to take one or both of her rabbits, as she couldn’t manage their care.  She had called her dogs’ vet, who told her that “rabbits just behave this way — let them fight it out,” but she knew that either wasn’t the right answer or, if it was, that wasn’t something that should be happening in their living room!  Our volunteer Lauren and I arrived at their home on a Wednesday afternoon in January with the intentions of assessing the situation, setting up a separate enclosure for the second rabbit to keep both safe and educating about rabbit care.  With no shelter facility and the alarming number of unwanted, abandoned rabbits on Long Island, we can’t just “take” someone’s rabbit.  However, within moments of our arrival, we knew that we had a serious scene on our hands.

The baby rabbit, a beige lopped-eared girl, was so incredibly stressed and terrorized by the other rabbit that she was crying and nearly screeching.  I handle more than 20 rabbits per week at our main foster homes, and I could barely get near this little lop.

Her back was scratched and bloody.  She was underweight.  She was living in filth and in fear.  We knew we could not leave her there.

Her skin was red due to constant attacks from the other rabbit. 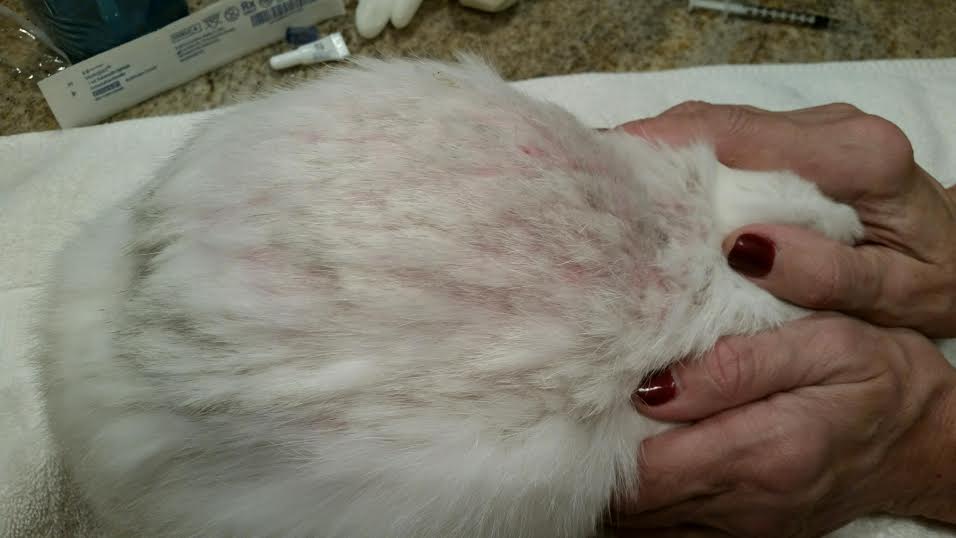 I excused myself from the room as Lauren was educating the family on rabbit care and trying to coax the scared little lop from the cage.  I called our director, explained the situation and she immediately began to search for a foster space while giving me the go-ahead to save this bunny.

I do not “blame” the family in any way.  Yes, they could have done some research on having multiple rabbits before adding a second to their home, but they were trying: they gave a rabbit in need a home; they contacted a vet, just not a rabbit-savvy one; they reached out to a rescue group — and thankfully it wasn’t too late!  For reasons like this, our volunteer group works tirelessly to educate the public on rabbit needs and care.

Lauren named the little beige rabbit Savannah.  It took Savannah a few days to stop crying and cowering.  Even our director, with decades of experience in rescue, had a difficult time handling this formerly-terrorized rabbit upon arrival in our care!

Now, a few weeks have passed, and Savannah’s wounds are healed.  She has stopped screeching and lunging.  She’ll accept treats and some gentle snuggles (and even gave some rare and very treasured bunny kisses to our volunteer, Taylor last week!). 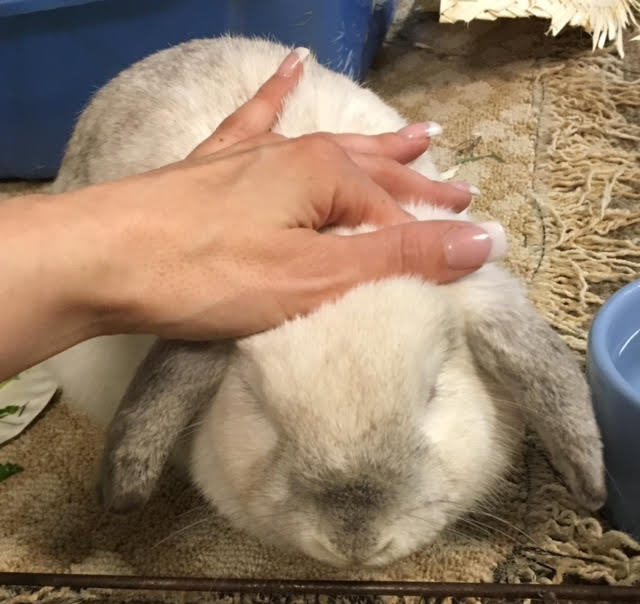 Savannah’s personality is blossoming in her foster home.  She hops and plays with the perfect mix of cuteness and sass. 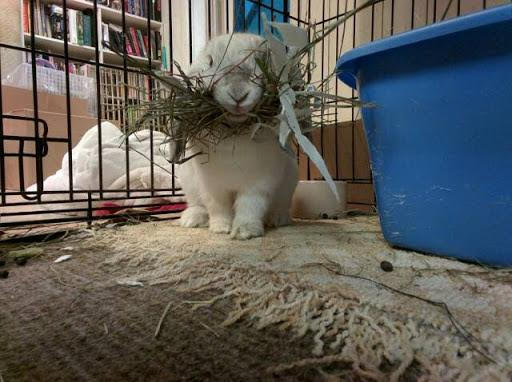 Her fur is even growing back quite nicely. 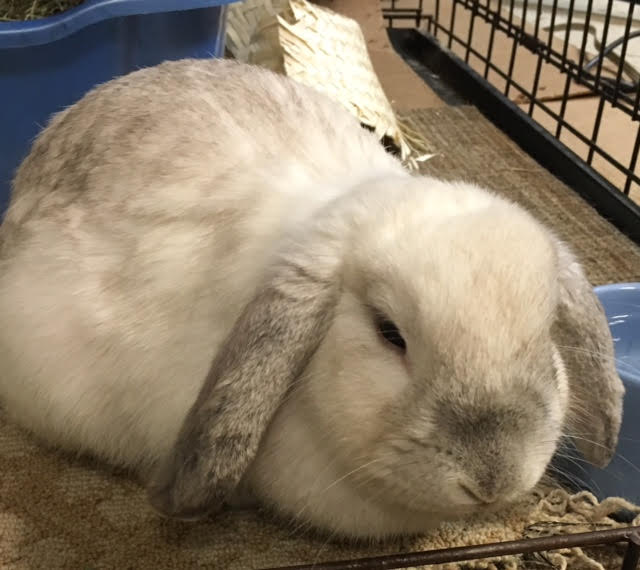 She’ll be spayed soon and will be looking for a forever family who will keep her safe and loved. While she’s becoming far more social with people, it’s unclear if Savannah will ever be comfortable with another rabbit, due to her past trauma.  She will fit in well as a solo pet in a family who respects her initial tentativeness and allows her some time to warm up.  Once she feels comfortable, expect some playful fun with this little lady.

Her rescue itself seemed simple—we arrived, we got her in a carrier, we got her to a foster home.  But to Savannah, leaving filth and fear, this seemingly simple act gave her a chance at life.