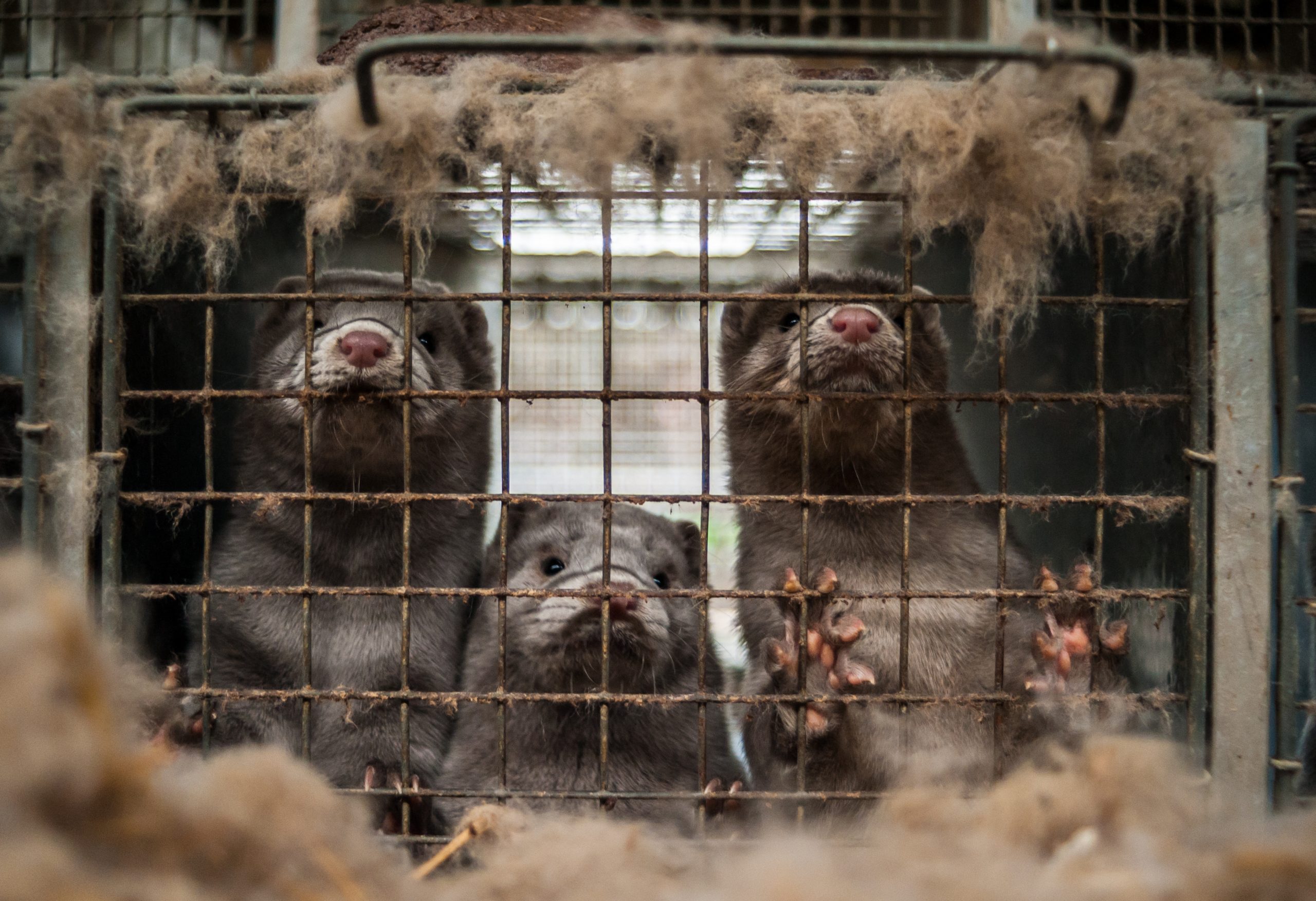 British Prime Minister Boris Johnson received a letter earlier this week advocating for the ban of fur sales throughout the United Kingdom. Signed by Ricky Gervais, Leona Lewis, and 50 other celebrities and influential figures, the letter builds on 2020 polling that 72% of British citizens would support a full ban on fur sales, and 93% say they oppose the fur trade at its core. This comes after several outbreaks of COVID-19 on mink farms throughout Europe, and an increased public awareness surrounding the suffering and cruelty that mink, foxes, rabbits, and other animals endure on fur farms.

“Britain prides itself on being a nation of animal lovers, and that’s why we banned fur farming two decades ago – because it is unspeakably cruel and utterly devoid of respect for animals,” the letter begins. “Subjecting foxes, mink, raccoon dogs and other animals to the endless monotony of life in a tiny, barren metal cage, only to be gassed or electrocuted to death for frivolous fashion, is totally unacceptable. Subjecting coyotes and other wild animals to the agony and prolonged distress of being caught in traps, is no better.”

The Humane Society International UK, Four Paws, Animal Aid, RSPCA, Viva!, Open Cages, PETA UK, and the Brain May Save Me Trust have all endorsed the letter condemning the sale of fur. As the letter points out, the United Kingdom already banned fur farming twenty years ago; but allowing imports from other countries, animal advocates argue, is hypocritical at its core because it continues the support of this controversial industry.

Animals on fur farms are deprived of carrying out basic species-appropriate behaviors which are vital to their physical and emotional wellbeing. Mink, for example, are semi-aquatic animals and need access to water to thrive- in the wild, these intelligent and cunning creatures dive for fish, crabs, and clams up to 100 times per day. Mink have been documented diving for up to 36 minutes continuously, and sanctuaries that house rescued captive mink will provide the animals with pools, ponds, and diving games to keep them busy and enriched. Rather than foraging on land, digging in dirt, and diving in water, captive mink are often driven to the brink of insanity being kept in barren, wire cages. Rabbits are highly sensitive, fearful prey animals who can easily die of stress; on fur farms, handling and transport to slaughter is an especially terrifying experience. Foxes are exceptionally curious animals who also suffer from boredom in small cages. Wire cages, in general, are bad for the feet and joints of most animals, and living on them can cause chronic pain and open wounds. Fur farms have also faced criticism for inhumane slaughter methods.

Public attitudes about fur production and use are evolving, and as more awareness is brought to everyday citizens about the conditions animals used for fur are raised in, opposition to fur products is becoming more common, especially among young people.

“Banning the sale of fur in the UK doesn’t even require debate, it’s a no brainer,” said Ricky Gervais.

The animal welfare organization Four Paws is hoping for increased public support for their petition, which to date has nearly passed 50,000 signatures.

Ban Fur Sales in the UKClick Here to Sign Petition