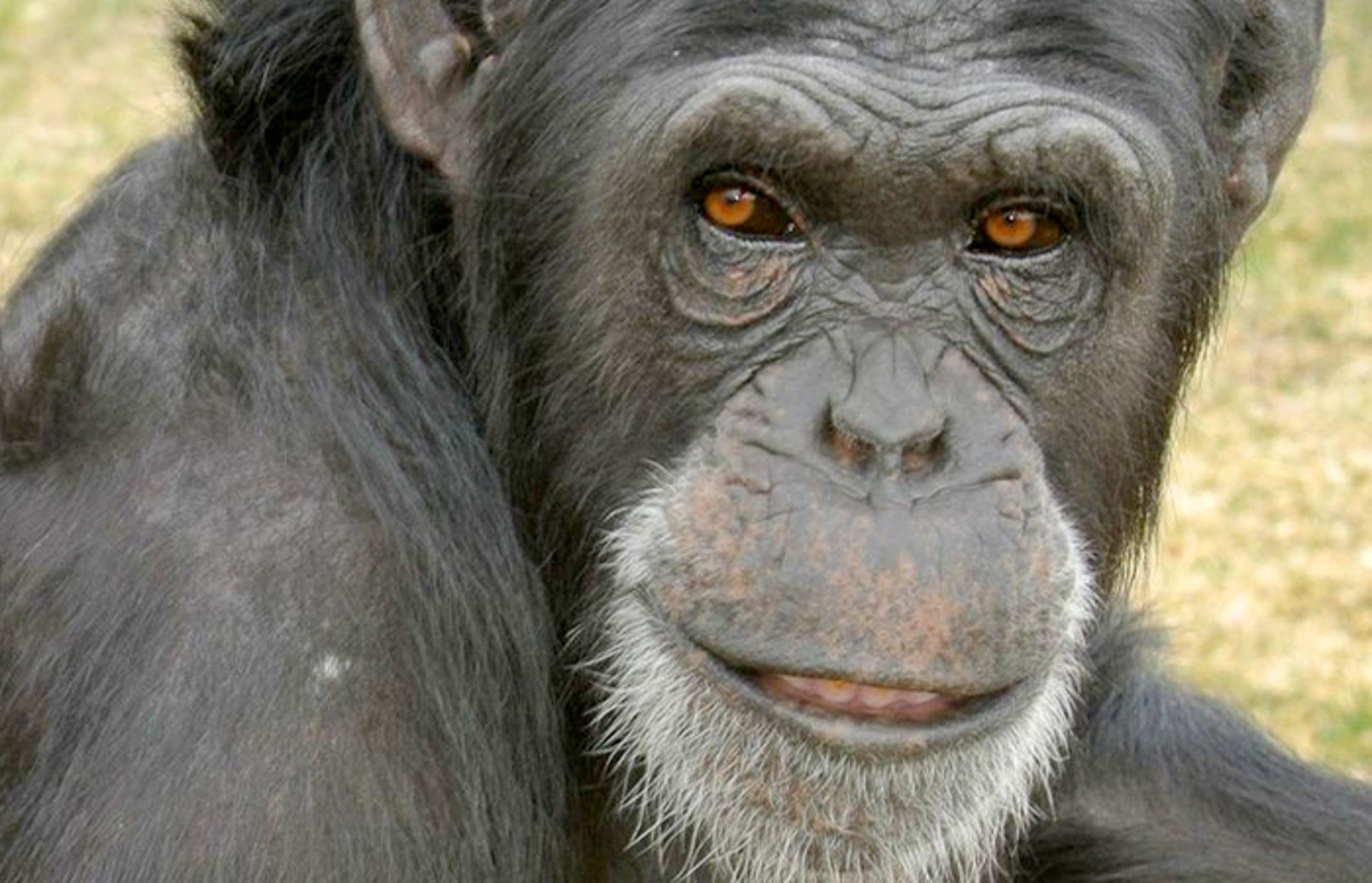 Here at One Green Planet, we have always spoken out against the horrors of keeping animals in captive situations where they are denied adequate social interaction, barely have enough room to move, and cannot enjoy a natural lifestyle. It is vital that humans everywhere speak out on behalf of the voiceless creatures who must endure such circumstances.

However, there are some animals who don’t wait around to be rescued by humans – they’re doing it for themselves! And in the process, they prove to us that animals have a worth that extends far beyond their usual role of human playthings – they are smart, feisty, and most definitely have minds of their own! 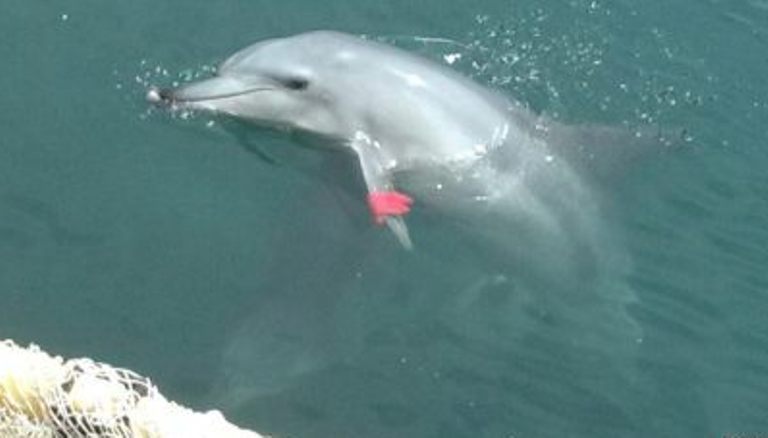 KAWA / Facebook via The Huffington Post
Let’s start off with Sampal, the bottlenose dolphin who broke out of captivity in South Korea in July 2013 – demonstrating beyond any reasonable doubt that these intelligent, sociable creatures do not belong in captivity!

Her story began in 2009, after she was unintentionally captured in one of the many large fishing nets in the waters around Jeju Island, South Korea. Instead of being released, she was illegally sold to the Pacific Land Aquarium in South Korea – a sad fate that too often befalls accidentally caught cetaceans.

She lived there for approximately three years, and along with ten other dolphins, was confined to a subterranean pool so small that it soon attracted the anger of ocean conservationist Ric O’Barry. He said, “These dolphins are being kept in abysmal conditions, with barely enough room to dive in their cramped tank. They are good candidates for release and so they should be returned to the ocean.”

After extensive campaigning by the Earth Island Institute and individuals such as Park Won-Soon, mayor of Seoul, South Korean courts ordered Pacific Land to return Sampal and two other Pacific Land dolphins to the sea in 2012. In May 2013, they were transferred to a sea pen to help prepare them for their upcoming release. However, about a month into her stay, Sampal decided she did not want to remain in captivity for a second later, so she swam through a gap in the netting and took off for the open sea! And on June 27, several days after her escape, she was spotted 100 kilometers away from the sea pen, swimming with a pod of around fifty dolphins – the very same pod she had lived with prior to her capture all those years ago.

Laura Bridgeman, a program associate with the Earth Island Institute, said at the time of Sampal’s escape, “We will never know precisely what went on in Sampal’s mind when she broke for freedom last week, but we can infer that she made a conscious decision to leave the sea pen, which is particularly compelling given that dolphins tend to avoid swimming through narrow passages. She then travelled to her home range, which suggests she remembered it from her life before captivity. She met up with her own pod, her family, who apparently welcomed her, suggesting that they too remembered her … With mounting scientific and anecdotal evidence, it is no longer possible to assume that dolphins are not cognitively complex, self-aware beings. And it remains likewise impossible to justify keeping these beings confined for our amusement.” 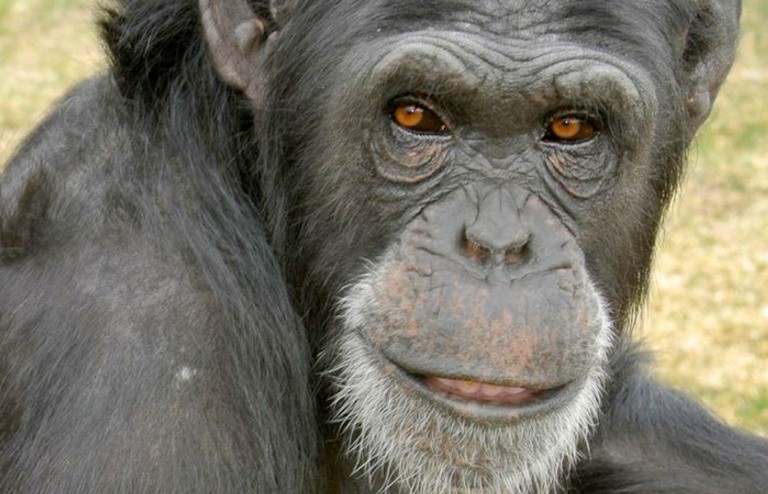 Chimps Inc.
Calamity Jane (better known as CJ) is a fourteen-year-old female chimpanzee who achieved infamy in summer 2012 after breaking out of captivity not once, but twice, in the space of a single month.

CJ was born on May 2, 1999 at a breeding facility in Texas. She was later purchased for $60,000 and kept as a pet in Las Vegas, Nevada, with a male chimp named Buddy. The two chimps were reportedly well-known around town, and were frequently put on display at the local Fantastic Indoor Swap Meet, where people would pay to hold them and have their pictures taken. However, as they grew progressively older, stronger, and a little less cuddly, the dangers of holding them captive became more apparent.

On July 12, 2012, the pair broke out of their enclosure and roamed the neighborhood, pounding on cars and even climbing into an unoccupied SUV. Locals were reportedly terrified by the animals’ “aggressive” behavior, with Buddy seen as the more aggressive of the two. Sadly, he was killed by police officers in the ensuing chase. CJ was subdued with a tranquillizer dart and returned to her owners. However, when she broke out of her enclosure again a month later, it became obvious that she needed to be sent to an animal sanctuary.

The incident also served to highlight glaring animal protection failures in Nevada’s pet ownership laws. At the time of CJ’s second escape, Holly Haley, the Humane Society’s Nevada state director, said, “The same chimpanzee escaping twice in less than a month underscores the point that large, powerful animals should not be kept as pets. Nevada is one of just six states with no rules on the private ownership of dangerous wild animals, and it’s a free-for-all that puts people and animals at risk.”

CJ now lives in Oregon’s dedicated Chimps, Inc. wildlife sanctuary, where she spends her days “lounging in one of the aerial tunnels under the canopy of massive trees, grooming one of her new family members, and enjoying life as a chimpanzee.” She has also taken to stealing staff members’ high-heeled boots and trying them on for size! You can watch her strutting her stuff here. 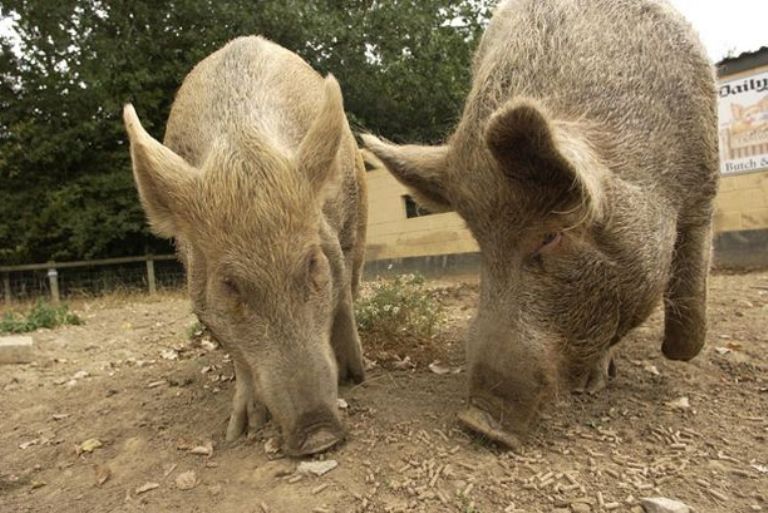 UK Mirror
This brother and sister duo from Wiltshire, England, achieved legendary status after spending over a week on the run from slaughterhouse authorities in January 1998. In 2003, their story even inspired a film!

It all kicked off when the pair were five months old, and were brought by their owner, Arnoldo Dijulio, to a slaughterhouse in Malmesbury, Wiltshire. While being unloaded from the lorry, they managed to escape by squeezing through a nearby fence and swimming across the River Avon. From there, the pigs spent over a week exploring the nearby Tetbury Hill, before finally being recaptured after they were seen foraging in the garden of a local couple, Harold and Mary Clarke, on January 15.

The story generated intense media interest, with the press dubbing the sow “Butch” and her younger brother “Sundance,” after the infamous American outlaws. Butch and Sundance were eventually purchased by U.K. newspaper, the Daily Mail, in exchange for exclusive rights to their story.

After their recapture, the Daily Mail financed their transfer to the Rare Breeds Centre in Ashford, Kent. Here, the pigs were able to enjoy a natural lifestyle: rooting in the earth, lying on the grass, and sunbathing to their heart’s content. Animals on factory farms are all too often prohibited from displaying these behaviors.

Butch was euthanized on Oct. 8, 2010, after becoming seriously ill, while Sundance died on May 23, 2011. Staff at the Rare Breeds Centre are now thinking of putting up a plaque dedicated to their memory. 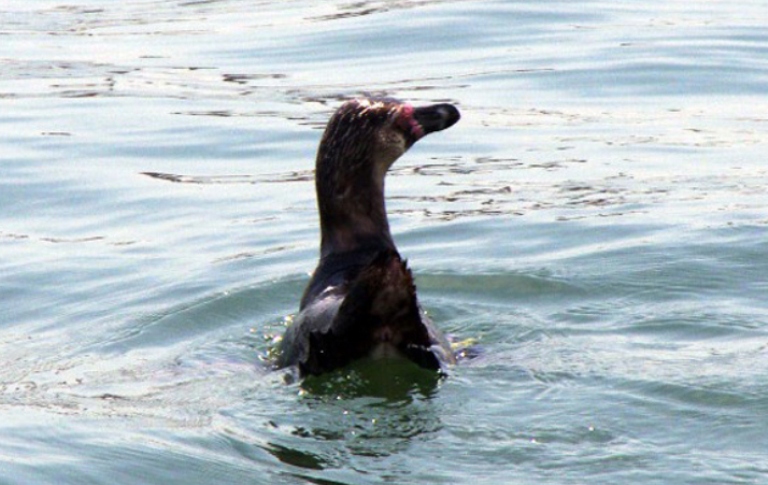 Officials in the Tokyo Sea Life Park (Kasai Rinkai Suizokuen) were at a loss to explain how this baby penguin managed to escape his enclosure. Kazuhiro Sakamoto, the parks’ deputy director, said at the time, “The penguin hatched last year on January 27, so it is still a very young penguin. We think that because of its young age, it might have escaped due to its curiosity and yearning for adventure.” About the penguins’ probable method of escape, he added, “There’s a man-made rock wall that varies between 1.2 to 4 meters (4 to 13ft) high. After somehow climbing over it and getting out, it appears the penguin managed to squeeze through a gap in the outer fence.”

The case launched a media frenzy in Japan and throughout the world, soon attracting comparisons with the 2005 animated movie ‘Madagascar’ (in which a group of penguins, together with other animals, mount an escape attempt while being transported). Many expressed their concern that the penguin would soon die unless he was safely found, as the waters around Tokyo are known to be highly polluted.

However, number 337 managed to thrive in Tokyo Bay for eighty-two days before being recaptured. He was seen frolicking in various rivers around the Japanese capital, exploring the local parks, and even swimming in the Bay itself. After being recaptured safe and sound on May 24, he was later renamed Sazanami – marking a step up from his former status as a mere number, to that of a smart, highly spirited, individual being.