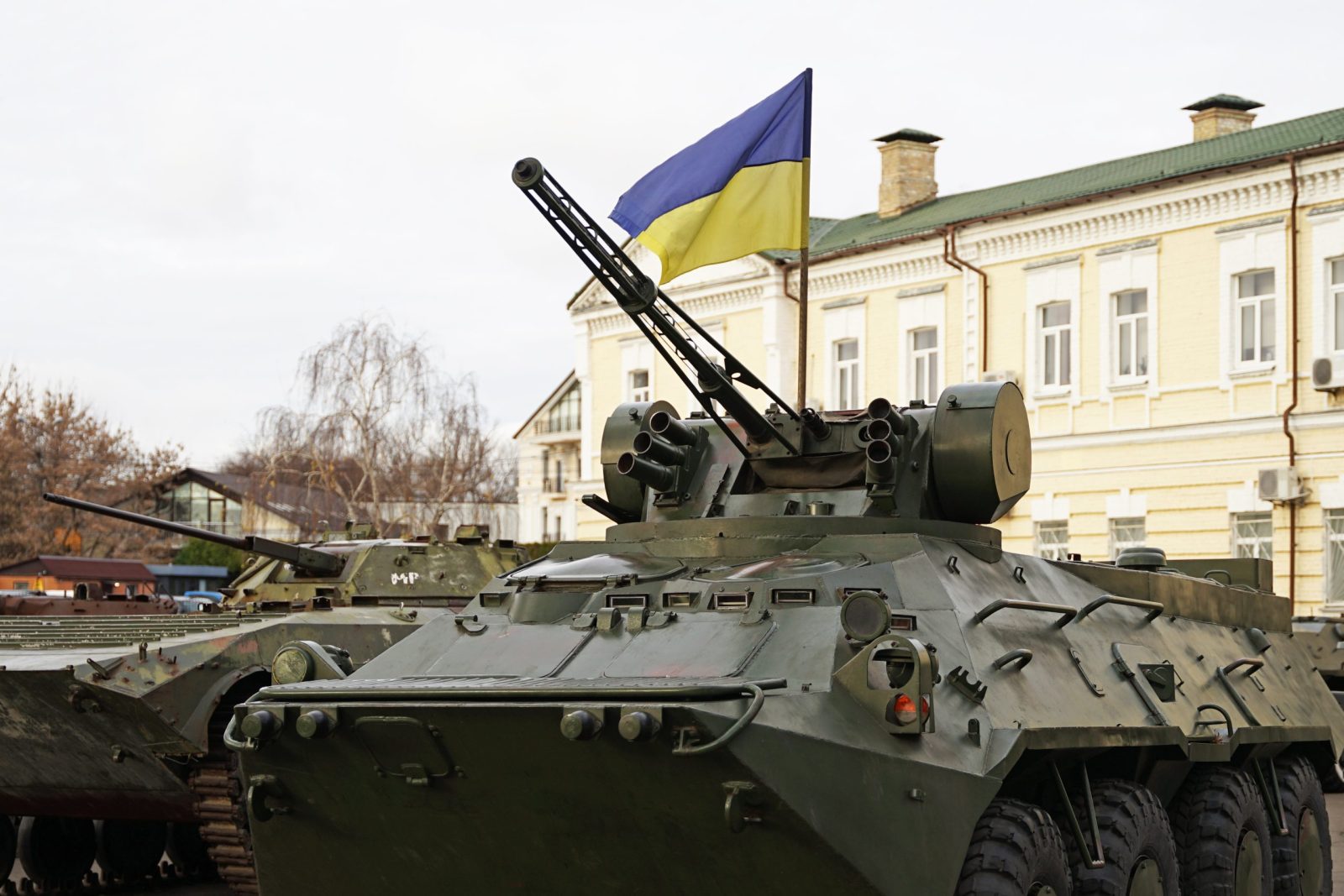 An Italian man and long-time vegan animal rescuer in Ukraine refuses to leave his animals behind and will stay with them no matter what.

Andrea Cisternino is an Italian photographer who moved to Ukraine 13 years ago when he married a Ukrainian woman. He lives not far from the capital city, Kyiv, and has been sharing his experience on social media since the invasion happened. He has gained many followers and now has over 75,000 on Facebook. He is receiving mounds of messages and donations for himself and his animals and is extremely grateful for the warmth he is receiving in this heartbreaking time.

Cisternino has a shelter of over 400 animals and has refused to leave them behind amid the Russian invasion.

Cisternino is no stranger to saving animals. During the Euro Football Championships, he was targeted by dog hunters who were attempting to locate his animals for a reward. At that point, the government was giving out licenses and money to people who killed stray dogs on the street. This resulted in his shelter being set on fire. However, Cisternino did not give up. He started over again and built another shelter.

However, Cisternino nor anyone in Ukraine could have expected the severity of the war and the incomprehensible devastation the country is already seeing. In a phone interview with Diego Malcangi for Euronews, he said this is the first time he smelled gunpowder.

During the phone call conducted in Italian, there was reportedly shooting going on in the background the whole time.

“I’ve never seen a war before. This morning I was looking out of the window, 1 km away there was a mortar hit and I smelt gunpowder, I was not used to it.”

“Also here, in the close-by villages, they destroyed a bridge so that Russians won’t be able to cross. We hear the Russian planes and the helicopters going to the Antonov airport (also known as Hostomel), which they took over and which is some 30 km away from here.”

“Usually they start shooting at 5.00 in the morning and go on until 8.00. Then, after a while… well, it’s a bewildering situation.”

He said although it has only been a few days, it feels like it’s been going on for six months.

Cisternino began accumulating extra supplies for his animals back in 2014 when the conflict with Russia began. As a result, he said the supermarkets are empty.

“I never imagined he (Putin) could bring about this madness because, for me, this is pure madness.”

Cisternino says he and his wife have no intention of leaving Ukraine, and he will stay behind with the animals no matter what happens.

“I’m receiving a lot of messages, people want me to update them, as they haven’t heard from me for a few hours and they’re a bit worried. I’ll post on Facebook, hoping nothing happens before that.”

Throughout the phone call, there was shooting going on and off again. He said it is heavy artillery but that everyone in his village is at home, mainly because they wouldn’t know where to go if they did leave.

Many heroes like Andrea Cisternino are staying behind in Ukraine with animals or risking their lives to transport animals across borders to safety. They deserve recognition for their immeasurable sacrifice, and they are indeed heroes.