In the 17th century, philosopher Rene Descartes pondered the existence of animals’ thoughts and souls. To investigate his theories, he performed crude experiments (including vivisections) on live animals and deemed non-human animals to be nothing more than machines that did not possess souls or the ability to think.

We’ve come a long way from the declarations of Descartes and today, most people accept that animals are living, conscious beings, just like we are, and that they have wants, needs and emotions. However, the depths of those emotions are still a topic of debate. People will claim, without a doubt, that their dog experiences a broad range of emotions, but those same people will justify their consumption of chicken by claiming that chickens are dumb and have no emotions – mere machines, by Descartes’ definition.

When you begin to really become aware of the actions and interactions of the non-human species that share this world with us; however, you begin to discover just how expansive their range of emotions are (even in chickens) and you may be surprised by how similar they are – in terms of the emotions we share – to us.

Here are five amazing stories that demonstrate the depths of animal emotions. 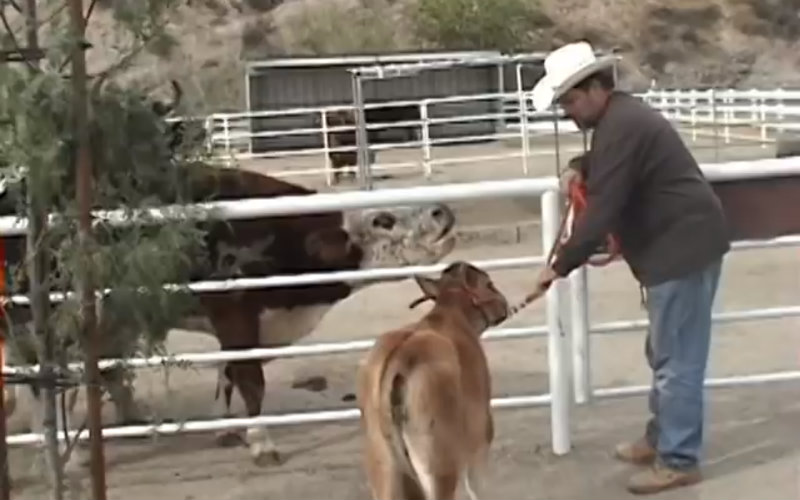 When Karma the cow was rescued from abusive living conditions by The Gentle Barn in 2008, her rescuers knew something was terribly wrong. Karma was visibly distraught – pacing, attempting to break free of her pen and crying moos until she exhausted herself. When they noticed her udders leaking milk, they knew what had happened. They called the ranch from where Karma was removed and were informed that she had, as they had suspected, had a baby removed from her side right before her rescue. The Gentle Barn was able to secure ownership of the calf and the video of their reunion is a truly moving one. (Tissue alert!!) 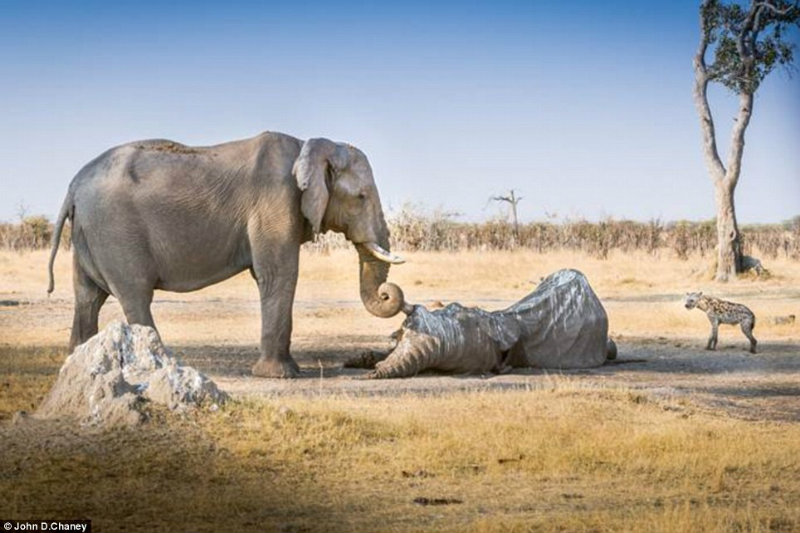 Elephants are known to have some of the deepest emotions of all non-human animals, and when it comes to grief and mourning their dead, the elephants’ approach is a hauntingly beautiful one. In Botswana in 2012, traveler John Chaney stumbled upon a deceased elephant whose body was being watched over by a fellow elephant. The elephant was observed keeping vigil over the body for several hours and chasing away predators who got too close. Chaney was able to snap a photo which shows the elephant grasping onto the tusk of the deceased elephant with her trunk – a truly powerful moment which speaks volumes about the strength of the bonds that elephants share with each other.

A goat and a burro certainly seem like the odd couple, but the story of Mr. G and Jellybean proves that friends come in all sizes, shapes and species. After being rescued from a neglectful owner, Mr. G and Jellybean, barnyard pals who had spent more than ten years living together, were taken in by two separate organizations, but Mr. G’s rescuers at Animal Place soon became worried about the goat’s state. He was sullen, refused to eat and spent his days with his head down in the corner of his stall. When a vet exam ruled out any medical reasons for his behavior, Animal Place knew what had to be done and decided to make the long journey to bring Jellybean to Mr. G. What happened during their reunion was nothing short of amazing and proves the power of animal friendships. 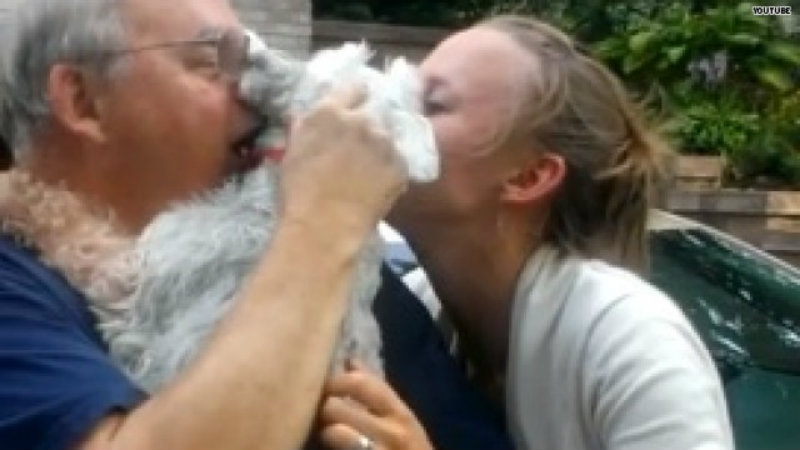 After a two-year separation, Rebecca Ehalt’s beloved schnauzer, Casey, became so excited during their joyful reunion, which her family captured on video, that she briefly passed out! Fearing for Casey’s health, Ehalt rushed her to the veterinarian, but after the vet cleared her with a clean bill of health, there’s no other explanation for Casey’s reaction than that of sheer joy. 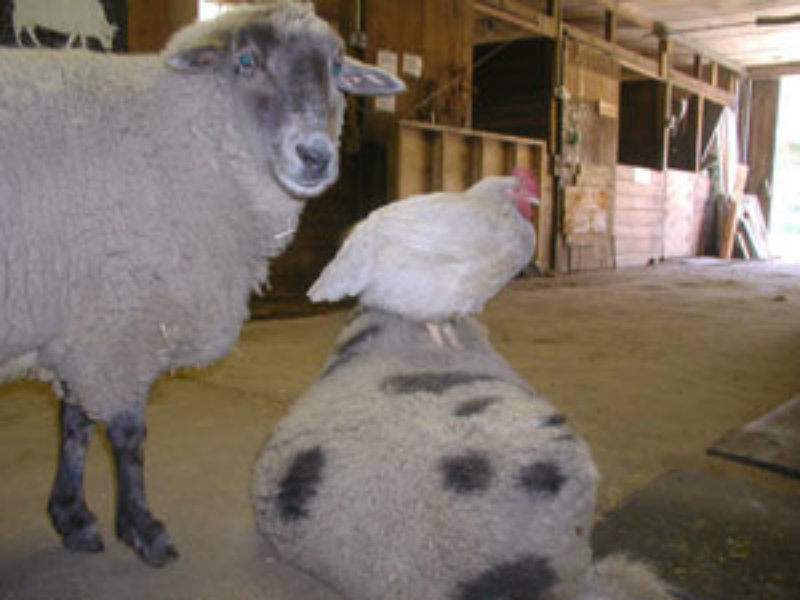 A hen and a female sheep vying for the love of a male sheep? Believe it! This wacky love triangle played out between Rambo (a sheep), Hannah (a sheep) and Barbie (a hen), at Catskill Animal Sanctuary. For months, the girls loved on Rambo without too much attention from the opposing female. Hannah would cuddle in next to him while he slept and Barbie would perch herself on his back for a nap. Then, one day, Hannah discovered Barbie lying next to Rambo, pulling bits of hay from his fur. And that was it; with one swift motion, Hannah head-butted Barbie and sent her down the aisle of the barn. An expression of jealousy? We certainly think so!