A Look at 2021’s Biggest Wins for Animals in Court 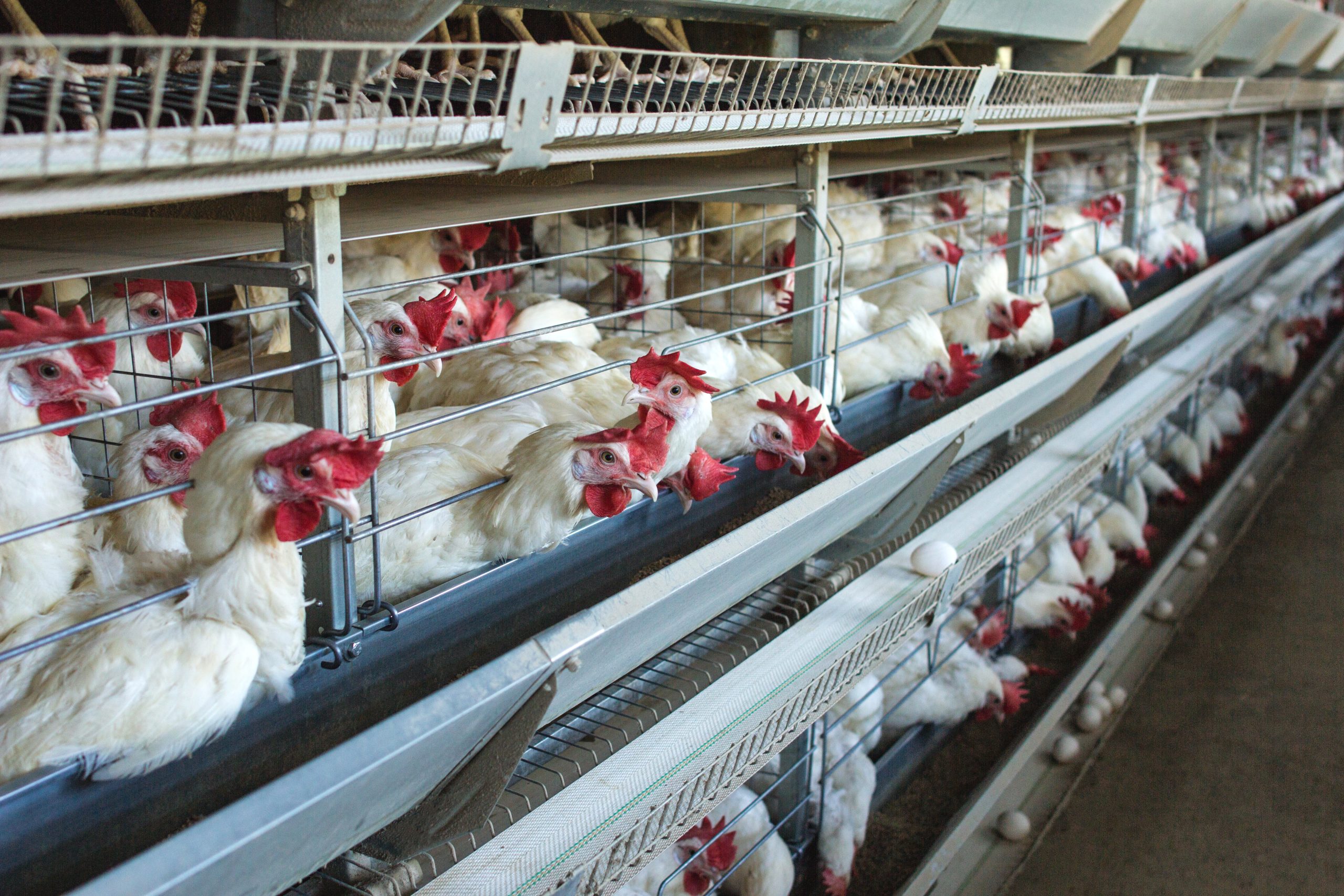 The year 2021 saw a number of important victories for animals in court.  Since it’s impossible to name them all, here are my top 5: plus two honorable mentions.

Everyone loves Miyoko’s plant-based dairy products—and her Farm Sanctuary. And after a recent win in court, Miyoko’s can continue using terms like “butter” and “dairy” on product marketing and labeling.  According to the court’s ruling, phrases like “plant-based butter” and “vegan butter” will not trick consumers into thinking that these products come from cows.

Labeling fights are important fights for vegan companies.  Using words like “butter” on vegan products is important to convey the taste and function of these products.   Imagine, for example, how you would describe a vegan tuna-fish replacement without using words like “tuna” or “fish”?  It’s nearly impossible.  That’s why plant-based companies have been fighting so hard for freedom to label their products with accurate and descriptive terms.

Miyoko’s victory is an important step towards labeling freedom and increased success for vegan products in the market.  And if vegan products start to replace animal products on grocery store shelves, fewer animals will suffer.

2. Shutting Down a Roadside Zoo in Iowa

In 2019, an Iowa court ruled to shut down Cricket Hollow Zoo, a roadside zoo that kept animals in “deplorable” conditions.  The judge’s word.  According to the court, such inhumane treatment was offensive to the senses, and it created health issues for the animals (and potentially, visitors too).  Therefore, the court found that the zoo created a public nuisance.  This year, the Iowa Court of Appeals affirmed the decision.

The ruling gives animal-rights lawyers an important tool moving forward.  Many facilities mistreat animals, but it can be difficult to find a legal path to shut them down.  For example, the Endangered Species Act protects endangered animals in roadside zoos.  But what about the other animals?  After Cricket Hollow Zoo, the law of “public nuisance” may provide an answer.  If keeping animals in “deplorable” conditions can be a public nuisance, animal-rights lawyers have a legal path for shutting down similar facilities.

The Endangered Species Act (“ESA”) is one of the most important laws for protecting animals.  It not only affords protection for endangered and threatened species, but it also does so by protecting their critical habitats, which in turn protects ecosystems and the other wildlife in them.  But how do the U.S Fish and Wildlife Service (“FWS”) and the National Marine Fisheries Services (“NMFS”)—the agencies that enforce the ESA—decide which animals warrant a listing, and therefore protection?  The agencies can act on their own, but more often, an organization writes a petition explaining why a certain species needs protection.

Recently, the FWS made it harder for organizations, or individuals, to petition the FWS to list species.  Specifically, the FWS required petitioners to give a 30-day notice to all affected state agencies.  Friends of Animals challenged the regulation and succeeded; the Court agreed that the notice requirement was unreasonable.

Procedural hurdles typically fly under the radar with the press—they’re not as flashy as substantive rules.  But in practice, they can slow down and altogether deter important protections for animals.  That’s why busting this procedural hurdle makes the top 5.

The Food Safety and Inspection Service (FSIS), a branch of the United States Department of Agriculture, has been working to eliminate maximum line speeds at slaughterhouses.  But a test run in 2019, unsurprisingly, showed that speeding up slaughter lines would cause harm to both animals and workers, and would jeopardize food safety.  Animal Outlook‘s undercover investigation at a pilot facility showed “pigs being dragged, kicked, excessively shocked, and improperly stunned as workers struggled to keep up with the facility’s high line speeds.”

This year, the United Food and Commercial Workers Union successfully challenged the line-speed rule.  The Union argued that the FSIS didn’t properly account for worker safety when passing the rule, and the Court agreed.  Government agencies can make rules, and change rules, but they have to comply with procedures when they do it.  Since FSIS did not properly consider worker safety it failed to comply with procedural mandates, so the Court did not allow the agency to eliminate line speed limits.

In 2008, California voted for Proposition 2, which prohibits “the confinement of pregnant pigs, calves raised for veal, and egg-laying hens in a manner that does not allow them to turn around freely, lie down, stand up, and fully extend their limbs.”  In 2018, California voters added to these protections with Proposition 12.  Prop 12 established minimum space requirements, and, even more importantly, it banned the sale of products when animals are confined in areas that do not meet these minimum requirements.  In short, Prop 12 made small but important steps towards improving animal welfare, and, more importantly, increased the costs of animal exploitation.

Naturally, a number of big players from the meat, dairy, and egg industries challenged California’s law.  In several opinions, the Ninth Circuit (the federal appellate court that oversees federal district court cases from California, Arizona, Alaska, Hawaii, and Idaho) dismissed these challenges and upheld Prop 12.  In June 2021, the Supreme Court declined to review the case and the Ninth Circuit’s ruling became final, allowing California’s welfare protections to go into effect.

While animal-rights activists do not always consider welfare reforms to be the most productive steps for animals, a change on this scale—which survived some major litigation—has to make the list.

Unfortunately, the law views animals as property and under-protects them.  While fighting to change this, one of the most important goals for animal lawyers is protecting activists.  Activists work to disseminate information and change public perceptions; and some of the bravest and most important activists are undercover investigators.  These investigators apply for jobs in factory farms or slaughterhouses where they record information that (1) shows the public how horribly animals are treated; and (2) arms lawyers with material for lawsuits.

States with major animal-agriculture lobbies have often passed laws trying to prevent such investigations.  (These laws are known as “ag-gag” laws because they gag activists from disseminating information about the agriculture industry.)  Kansas was one recent state to pass an ag-gag law, and this past year, a Federal Appellate Court permanently blocked that law, ruling that it violated free-speech rights under the First Amendment.

And last but not least, my top pick.  While every case on this list—and more—is integral to the animal-rights movement, this case made #1 because it creates a major shift in the law.  (And because of a stellar oral argument by counsel, Tyler Lobdell).  In the past, courts have struck down Ag-Gag laws and upheld important welfare measures.  But historically, factory farms have escaped accountability for polluting.

As many readers know, factory farms—technically known as Confined Animal Feeding Operations (or “CAFOs”)—are the facilities where the meat and dairy industries raise and exploit animals.  They are responsible for endless amounts of animal cruelty, such as confining animals in stalls that are so small the animals cannot turn around for all, or substantially all, of their lives.  But CAFOs are also responsible for massive pollution, both into the air and the water.

The Clean Water Act prevents pollution discharges into Waters of the United States.  It does so, in large part, by requiring “point sources” to have pollution permits.  The definition of point sources includes sources like pipes, ditches, and . . . you guessed it, CAFOs.  But the Environmental Protection Agency (“EPA”), which enforces the Clean Water Act, has historically given general permits to CAFOs and allowed them to self-monitor, without even managing how the monitoring takes place.

Factory farming should not be a successful business model; but factory farms have gotten away with passing off their costs—specifically pollution costs.  Cases like this will force factory farms to internalize their costs, bear responsibility for the damage they cause, and make them less profitable and ultimately less successful.

For more information on animal law, be sure to check out the Animal Law Podcast and the Brooks Animal Law Digest.