By Samantha Hagio, Director of Wildlife Protection for the Humane Society of the United States 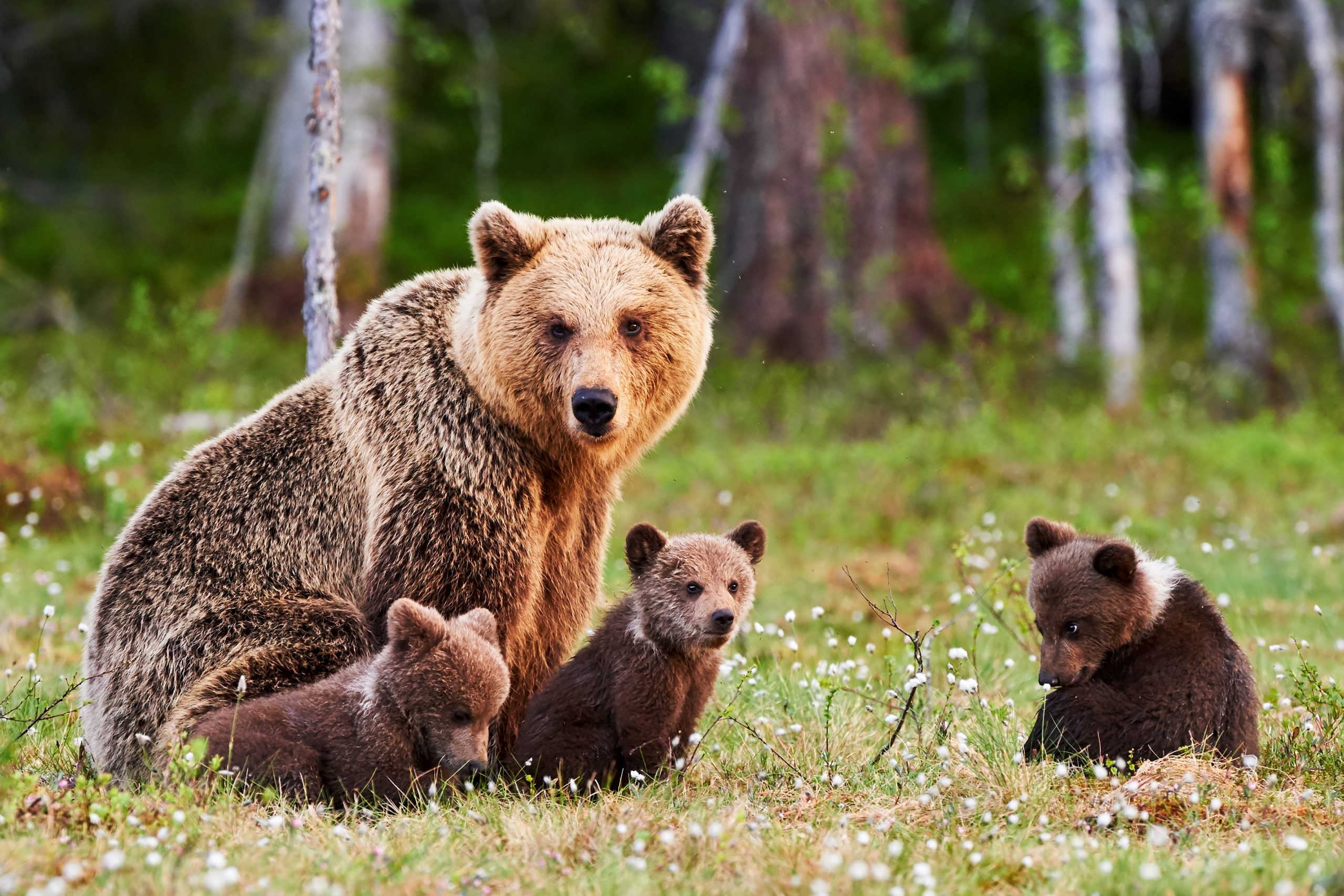 Millions of us are mesmerized by the countless wildlife videos that quickly go viral on social media.  Whether it is the behavior of a bear appearing to dance, or cubs and wild kittens taking a stroll, we are eager to catch these glimpses of wild animals doing their thing.

How strange it is then that many of these beloved and iconic species continue to be moving targets for trophy hunters.

To state things plainly, there is something wrong with the system. Despite what the science tells us, some state wildlife agencies continue to make cruel and inappropriate management decisions to benefit trophy hunters, particularly those who target native carnivores like bears, mountain lions (aka cougars), wolves, coyotes, foxes, and bobcats.

These highly sentient, family-oriented species are slaughtered for fun – to collect and display their heads, hides, and even their lifeless corpses for a triumphant victory photo on social media.

For all who agree that we should treasure and protect wildlife, here is a look at our top 10 viral wildlife video favorites:

"My heart is racing."

Utah hiker's video shows cougar following him down the trail, lunging at him several times, before finally running away. https://t.co/wYlOWf8PW3 pic.twitter.com/i1tJKJ2gpy

The most recent viral wildlife video on our list features a hiker who stumbled across cougar kittens and their protective mom. This was a sound tutorial on how to behave when approached by a cougar: maintain eye contact, move away slowly – never run, make yourself look as big as you can, make loud noises and don’t bend down. Contrary to some sensationalized media claims, this was not an act of aggression by the cougar – this was a mother, seeking to discourage a threat to her kittens.

9. Coyote and Badger Playing Together

A coyote playfully scampering alongside a badger, showcasing how two different species may team up when hunting. Often falsely villainized, coyotes are extremely intelligent and play a critical role in their ecosystems. Despite this, many states allow the widespread killing of coyotes, badgers, and other native carnivores in ghastly wildlife killing contests, in which participants compete for cash or prizes for killing the most, the largest, or even the smallest animals within a certain time period.

While bears don’t normally jam out to hits from the 1970s this music video showcases the natural and common behavior of bears as they rub their backs against trees. Research has shown that bears do this not to scratch an itch, but as a way to communicate with other bears by marking their territory. Scientists believe this behavior might serve to reduce fighting among male bears.

“For never was a story of more woe, than this of Juliet and her Romeo.” Although there was no Juliet in this story, Romeo the wolf did capture the hearts of an entire town near Juneau, Alaska. Unfortunately – true to his namesake – Romeo’s story ended in heartbreak when a trophy hunter illegally shot and killed the beloved wolf. Romeo’s tragic death is not an isolated incident – thousands of wolves are killed in the United States at the hands of trophy hunters every year. And that number may increase if the U.S. Fish and Wildlife Service removes federal Endangered Species Act protections for wolves.

These images show a bear family splashing at Colorado’s Highlands Ranch Backcountry Wilderness Area. Two cubs appear to be performing the famous “The Time of My Life” lift from the film!

A mother black bear refuses to leave behind her tiny but stubborn cubs on a road in Great Smoky Mountains National Park. She’s right to be protective—vehicle strikes pose a constant danger to bears and other wildlife, highlighting the need for more wildlife crossings across the country. Motorists should always be on the lookout for wildlife, especially when driving through rural and forested areas. Fortunately, this video has a happy ending as the babies make it safely across.

4. Lynx Having an Intense Conversation

Lynx are listed as threatened under the federal Endangered Species Act, so seeing one would be rare and exciting. But spotting two, who appear to be having a very impassioned tête-à-tête here, is special. Although lynx are protected from trophy hunting and trapping, their smaller cousin, the bobcat, is not. Killed for their fur and little else, bobcats can be hunted and trapped in 39 states. Because they look similar to the untrained eye, it’s not uncommon for protected lynx to be accidentally killed when mistaken for bobcats.

Black bears are incredibly familial, and mothers spend years caring for their cubs. As adorable as this video of a black bear family splashing around in a backyard pool is, it is best to keep bears and other wildlife away from our homes. Here are some easy tips.

All cats are curious, including cougars. Three kittens tentatively approached an Idaho home, to the delight of its occupants. Unfortunately, Idaho is one of 14 states that allow trophy hunting of cougars. It’s unknown what happened to the mother of these kittens, but one consequence of trophy hunting female cougars is the potential to leave orphaned kittens behind. Without their mother to protect them and teach them necessary survival skills, cougar kittens can get into all kinds of trouble they normally would learn to avoid – including contact with humans.

1. Wild Bear Sits Down Next to Wildlife Photographer

This is a heart-pumping video of a wild brown bear approaching a man at Alaska’s McNeil River State Game Sanctuary before plopping himself down, and then peacefully lumbering away. Conflicts between humans and wildlife are exceedingly rare, and most native carnivores typically go out of their way to avoid people. In fact, it’s usually humans who go searching for them. Thankfully, brown bears in this sanctuary are protected from trophy hunting, but in neighboring areas in Alaska, the bears are not as lucky. The U.S. Fish and Wildlife Service is considering a proposal to allow trophy hunters in the Kenai National Wildlife Refuge to shoot brown bears who have been lured with piles of donuts and other bait for an easy kill. The public can submit comments to the agency on this proposal here.

How You Can Help Protect These Animals

With approximately 100,000 native carnivores hunted and killed for a trophy or a prize every year, they need more of our appreciation and understanding, and better protection from those in a position to help them.

One way you can help the next time you share a wildlife video is to include information about the challenges they face with encouragement to others to speak out, too. You can also connect with your legislators and community leaders and play a critical role in helping to pass laws to protect native carnivores from trophy hunting and killing contests in your own state.

The Humane Society of the United States offers free toolkits for advocates who want to take action. Visit our website to download our Trophy Hunting Toolkit and Wildlife Killing Contests Toolkit. And while you’re there, sign up to receive emails and text alerts so that you can join the fight to protect wildlife and all animals.

In our daily lives, it is important to respect wildlife by maintaining a safe distance from them. If you inadvertently encounter animals like cougars or bears, always give them an escape path.

The Humane Society of the United States also offers resources on how to avoid conflicts with wildlife including bears, cougars, and coyotes. So the next time you see them, whether in the wild or on your phone, you can be prepared and will know how to take steps to help ensure they’ll be around for future generations to admire.

How to prevent conflicts with bears:

What to do if a coyote is in your neighborhood: