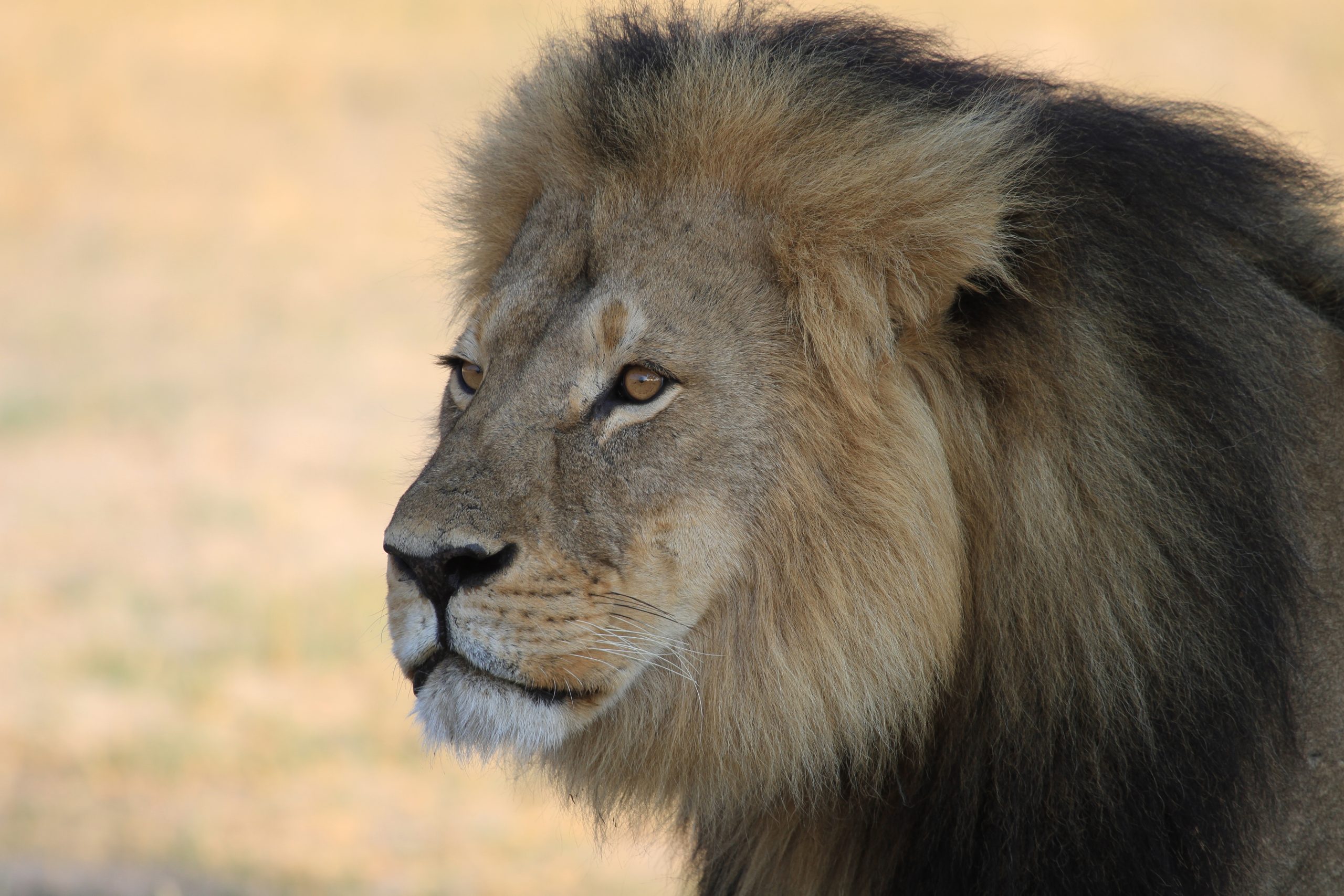 The killing of Cecil the lion five years this week ago by an American trophy hunter in Zimbabwe triggered worldwide outrage. Father of a pride, lured with an elephant carcass, wounded by an arrow, he suffered for hours before being killed by gunshot. As it turned out, this was a shot heard around the world, giving momentum to global demand for an end to trophy killing of animals.

Cecil should not have been the victim of such wanton brutality. He was known and admired by tourists and wildlife photographers from around the world who came to Zimbabwe’s Hwange National Park to observe him and other animals. He was also the subject of a long-term research study by scientists.

Sadly, however, Cecil’s fate was not unusual. Every year dozens of wild lions are killed by trophy hunters in range states. With as few as 20,000 lions left in the wild, this majestic species is in serious jeopardy.

But it’s not too late to take the steps needed to stop trophy killing dead in its tracks.

In their urge to slaughter such majestic creatures, trophy hunters have long been abetted by government agencies in nations throughout the world, including the United States. While the U.S. Endangered Species Act since 2016 has provided oversight for trade-in African lions through a strict permitting requirement for trophy imports, American trophy hunters continue to travel to Africa to kill them, and the U.S. Fish and Wildlife Service continues to approve import permits. Recent analysis of the Convention on International Trade in Endangered Species of Wild Fauna and Flora (CITES) trade data showed that between 2017 and 2018, the U.S. signed off on the importation of 150 lion trophies. Among the 150 lion trophies, 19 trophies came from wild lions in Zimbabwe.

In this race to the moral bottom, European trophy hunters are catching up. In 2017 and 2018, CITES trade data showed that the European Union (EU) member states imported 406 lion trophies, including 18 wild lions in Zimbabwe. Lions were the fifth most common trophy species imported into EU member states, with Spain, Hungary, Germany, and Poland doing the most damage.

In the UK, CITES trade data found that from 2015 to 2018, the number of imported lion trophies has doubled. Last December, thankfully, the UK government launched a consultation concerning its proposed ban on the import and export of hunting trophies. Humane Society International/UK responded with a petition signed by 100,000 supporters and is continuing to call for just such a ban.

There is another facet to trophy killing of which many people are unaware: the more than 300 captive lion breeding facilities in South Africa that make an estimated 10,000 to 12,000 animals available for trophy killing. Here’s how it works. Captive-born cubs are torn from their mothers just days after birth and exploited for the “snuggle scam”—tourist selfies or walking-with-lion safaris. After they grow too big, these hand-reared lions are funneled to canned lion hunt facilities. Trophy hunters pay to shoot them in fenced enclosures where there’s nowhere to run. The shooters bring home their trophies, while the leftover bones are sent to Asia as tiger bone substitutes as the illegal tiger bone trade decimates the species.

The scale of this deadly industry is a shocking one. Of the EU’s 406 imported lion trophies in 2017 and 2018, 312 came from captive lion hunt facilities in South Africa. Shockingly, the United States is itself home to many canned facilities, which offer their own array of threatened and endangered species for the killing.

We’re doing a lot to challenge trophy hunting and international trade of trophies throughout the world, but our most important priority in the U.S. at present is the passage of the Prohibiting Threatened and Endangered Trophies Act of 2019 (ProTECT) Act, introduced by Reps. Sheila Jackson Lee, D-T.X., Ted Lieu, D-C.A., and Peter King, R-N.Y. The bill will help prevent the hunting of any species listed as endangered or threatened under the Endangered Species Act, disallow killing ESA-listed species at canned hunting facilities in the U.S. and ban the import of trophies of ESA-listed species to the U.S.

Given the progress we’ve made in recent years, it’s already clear that Cecil did not die in vain. But there is much more to be done to expand his legacy, and one of the best ways to do it is by prohibiting the import of lion trophies to the world’s three largest importers, the UK, the EU, and the U.S. And together, with your support, that’s what we’re going to do.