How Cities Are Working to Protect Wildlife From Traffic Collisions 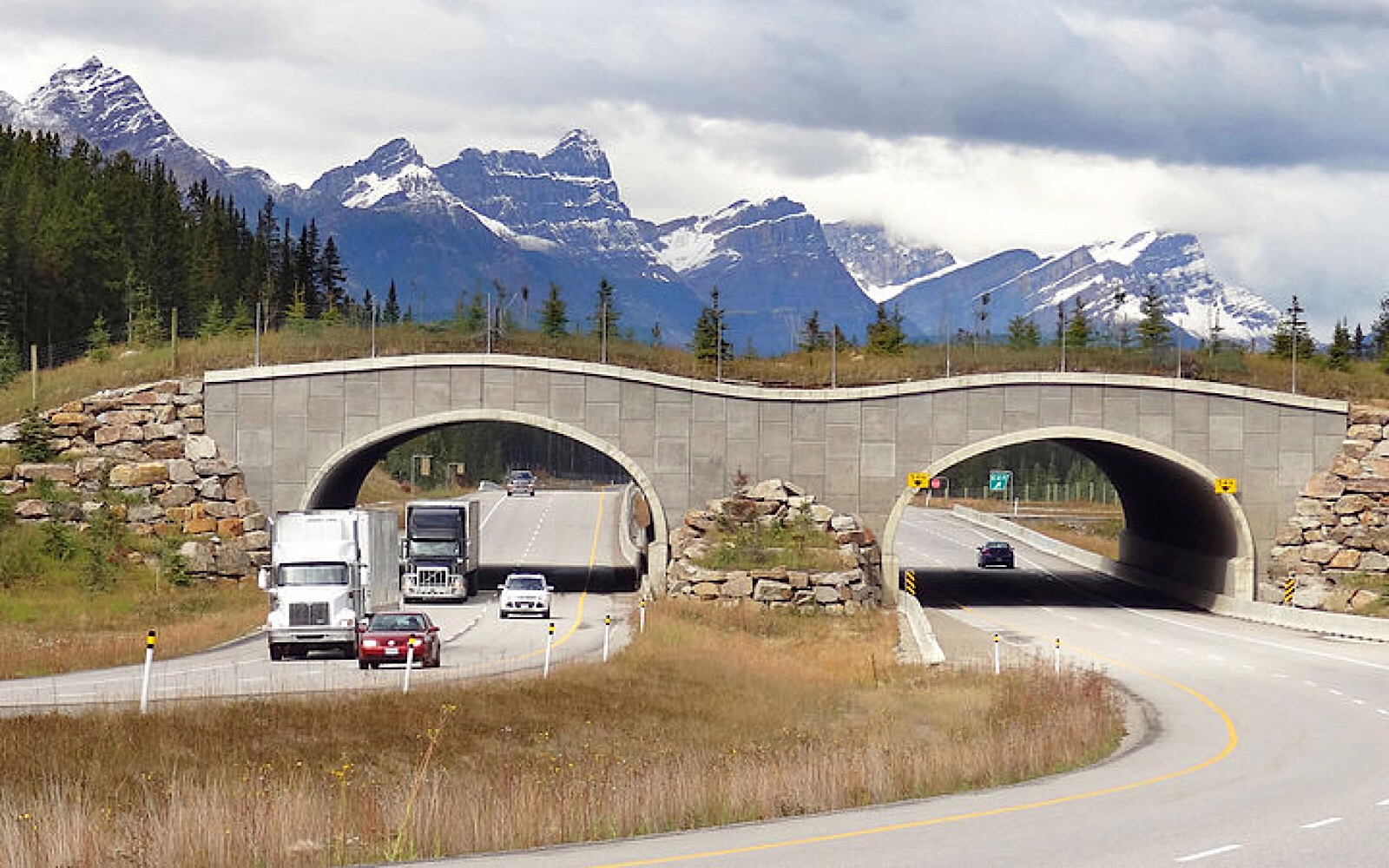 The continuous sprawl of urban and suburban areas is forcing wild animals into increasingly smaller habitats. Grasslands and wooded areas are demolished and turned into commercial, agricultural, and residential development, and in the U.S. alone, roadways have fragmented an estimated one-fifth of natural habitats to accommodate our travel needs. Animals attempt to cross these roadways in search of food, mates, and as part of their natural migration pattern, which often results in dangerous collisions with vehicles that can seriously injure or kill both animals and humans.

Fencing is often used to help keep wildlife off the roads, but even that can have a negative impact on wildlife by affecting their migration patterns and ability to find food. Signage is also used to warn motorists of areas where wild animals frequently cross, but in high traffic areas or where people are driving at fast speeds, the signs aren’t always effective.

As a solution, cities and states across the world have looked to special overpasses and underpasses made specifically for wildlife, helping them to safely migrate and putting drivers’ minds at ease as well. The concept isn’t new, with Europe and Canada having used these crossings for decades, but they’re becoming more popular in the U.S. and other parts of the world. The concept of a wildlife crossing might sound crazy, but studies across the board show that the structures are not only being used by animals on a regular basis but are making a significant difference in the frequency of wildlife-vehicle collisions.

Creating a Safer Option for Wildlife and Humans 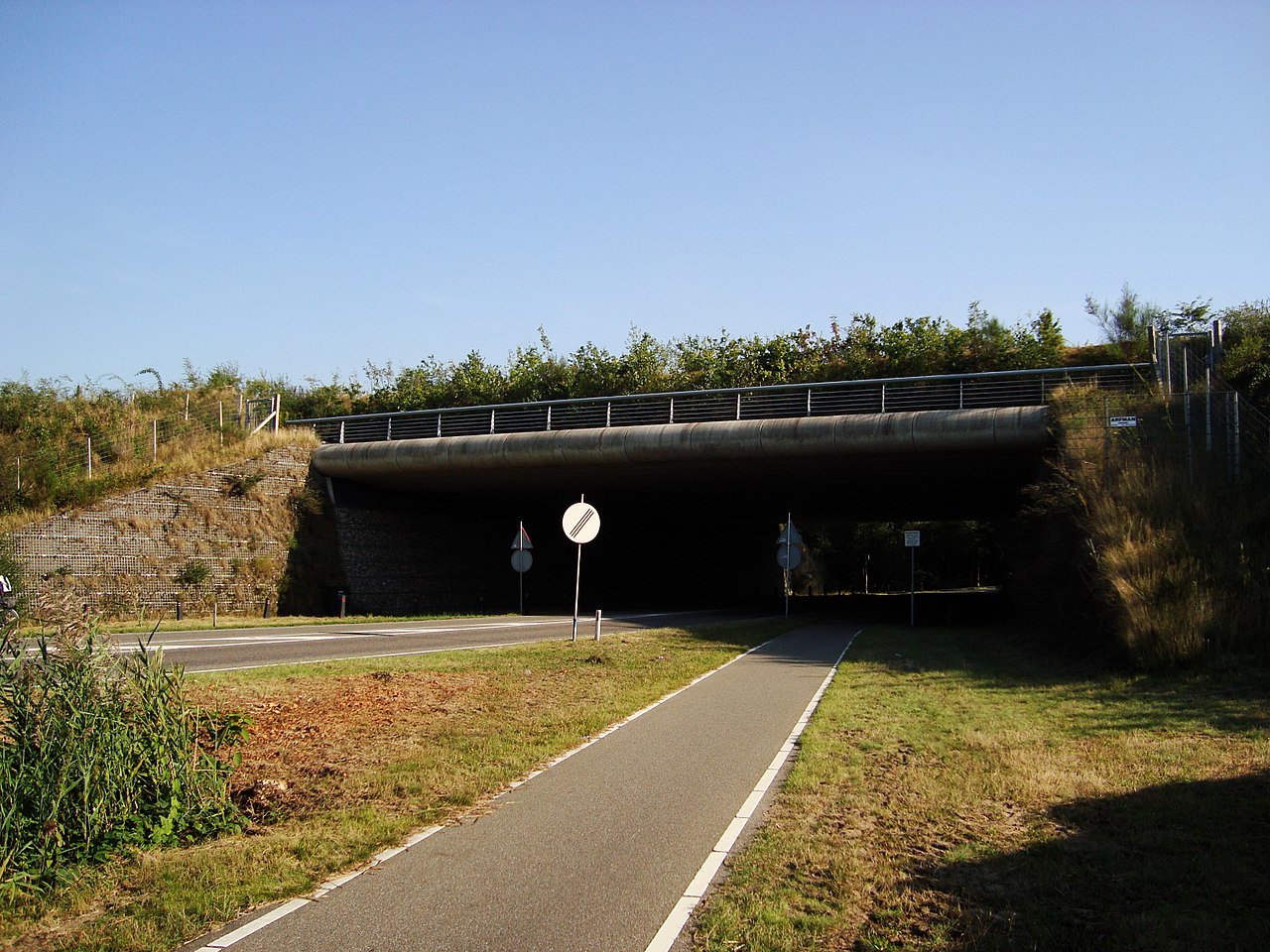 The Netherlands has an impressive 600 wildlife crossings – known in the area as “ecoducts” – that help wildlife like deer, wild boars, and European badgers safely cross over roadways and railways. Hilversum, a city in the province of North Holland, is home to an ecoduct that spans nearly half a mile, making it the longest in the world. The structure has been in place since 2006 and is wide enough to include a bike path and riding trail, making it a safe crossing option for both animals and humans.

Banff National Park in Alberta, Canada utilizes wildlife fencing and a combination of 44 underpasses and overpasses to help wildlife travel without having to cross the busy road. The wildlife crossings, which were built between 1996 and 2014, work to connect vital habitats throughout the park. The fencing alone has reduced wildlife collisions by as much as 96 percent and the crossings have been regularly used by bears, cougars, moose, sheep, elk, lynx and other wildlife.

In the U.S., wildlife collisions along Highway 9 in Colorado have decreased by a staggering 90 percent since the addition of five wildlife underpasses and two overpasses, along with additional wildlife fencing, between the cities of Kremmling and Silverthorne. Remote cameras show that the unique underpasses are being used by wildlife ranging from small animals like raccoons to herds of mule deer. Overall, the Colorado Department of Transportation has installed 30 similar passages throughout the state, creating a safer way for wildlife to migrate and preventing dangerous collisions.

Washington State’s Department of Transportation is in the process of building a wildlife overpass over the Snoqualmie Pass, a portion of Interstate I-90 that runs through a range of mountains known as the Cascade Range. The 150-foot long overpass is expected to be completed in early 2019 and will serve as a passage for elk, foxes, bears and other animals. 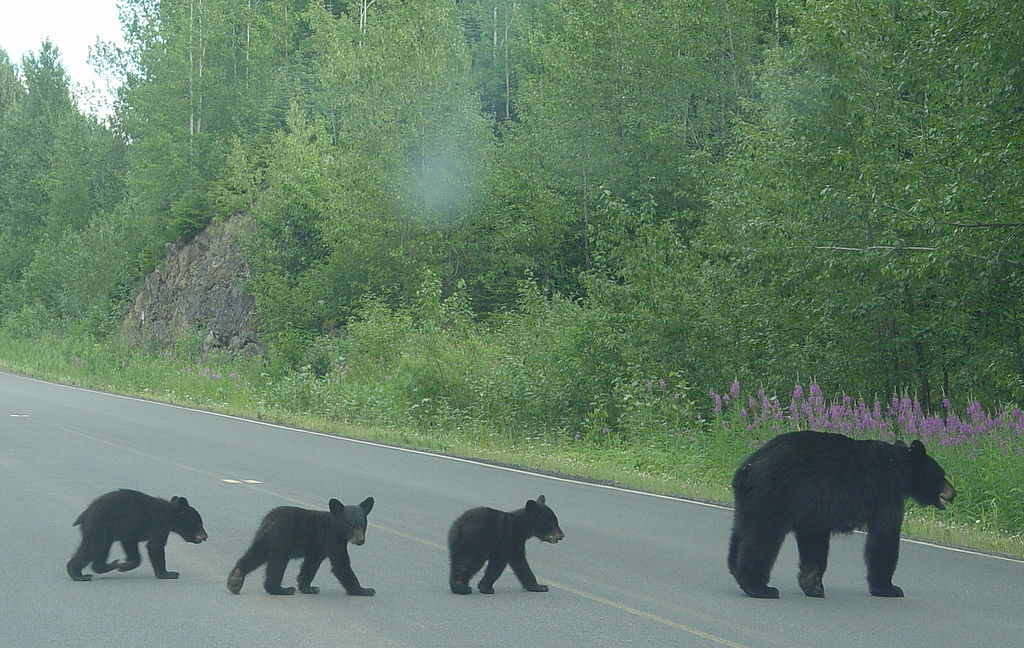 These unique bridges and underpasses are saving wild animals and keeping humans safe on the road, but they can also cost millions of dollars to construct. A group of conservationists and advocates led by the National Wildlife Federation is working to raise $60 million to fund wildlife crossings in Southern California. The crossings would help mountain lions, which have been struggling with issues caused by a lack of genetic diversity.

In the Brazilian state of São Paulo, a group of researchers is working on a prototype for an electronic roadside animal detection system to help prevent collisions.  It works by using invisible infrared beams of light that would transmit a signal when the beam is interrupted by an animal. The signal would then trigger a message panel or beacon light that serves as a warning for drivers to slow down and pay attention to animals in the area. The system would be installed in areas with heavy amounts of domestic animal and wildlife traffic and animal-vehicle collisions.

Innovative technology and special wildlife bridges and underpasses can help prevent wildlife-vehicle collisions, but the best thing you can do is use caution while driving, especially in areas heavily populated by wild animals. Always slow down when passing yellow animal crossing signs and use extra caution at dawn, dusk, and night, when many animals are more active. Pay attention to the shoulder of the road and slow down if you see an animal, especially since many larger animals travel in groups.