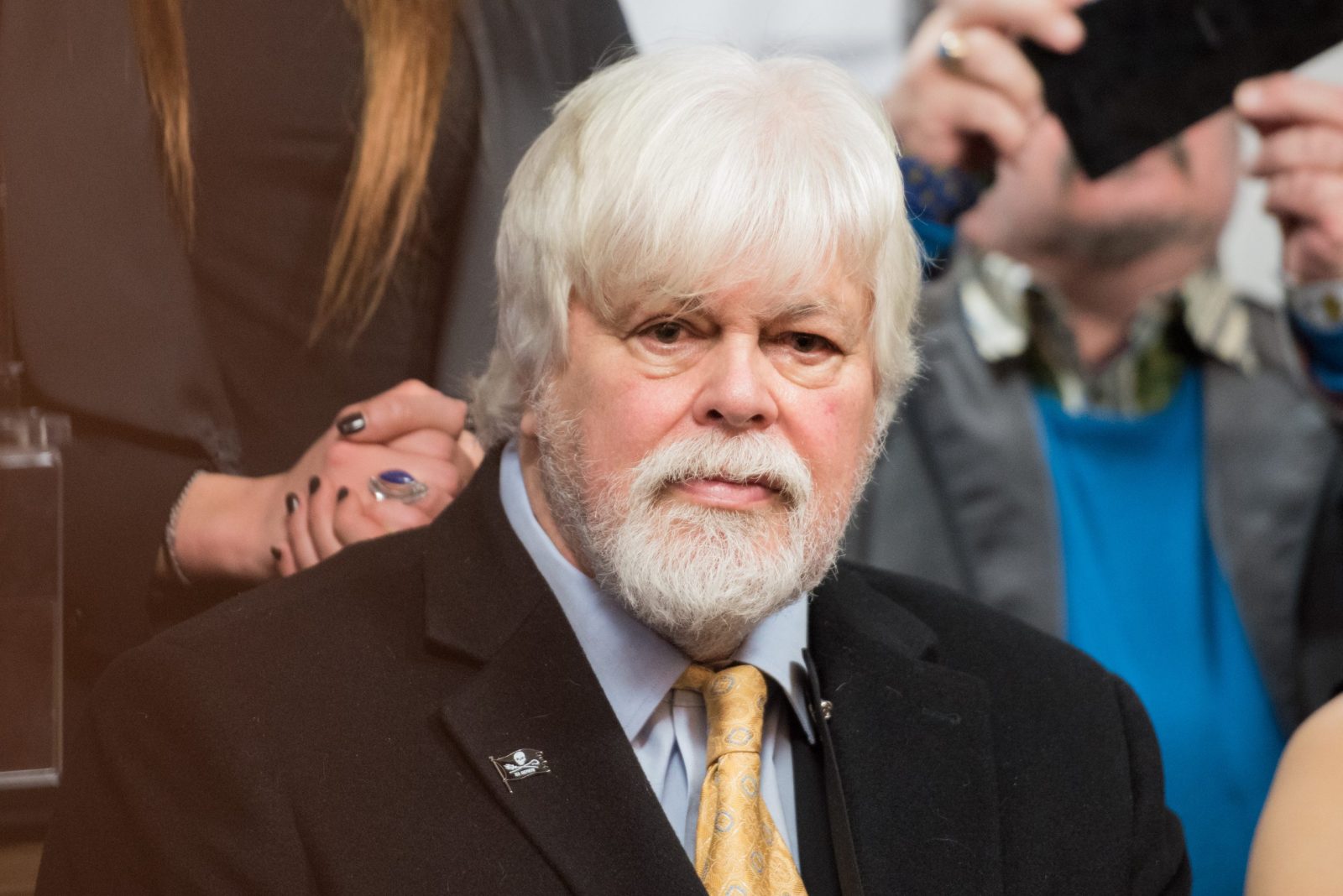 In a statement, Watson says that he has slowly been marginalized from the organization in the United States.

“I was removed from the Board of Directors, my advice ignored, my close associates terminated and directors that supported me were removed. I was reduced to being a paid figurehead, denied the freedom to organize campaigns and the freedom to express the strong opinions that I have held for decades, opinions and campaigns that have shaped what Sea Shepherd has become and continues to be outside the borders of the United States.”

Watson is known for his aggressive animal rights activism, and his methods have sparked much controversy over the years. He was arrested by the Costa Rican government and claimed he endangered fishing vessel crews in 2002. Watson took a huge step back from the organization in 2014 after the 9th U.S. Circuit Court of Appeals ordered the organization to stay at least 457 meters away from Japanese whaling vessels off Antarctica. He decided to take a step down in the organization to keep a clean record.

“I myself have never been convicted of a felony crime,” Watson said in the statement. “And for this reason, the Sea Shepherd Conservation Society in the United States and myself as a U.S. citizen must comply with the order by the 9th Circuit court of the United States.”

Whalers in Japan sued Sea Shepherd to prevent them from interfering with their annual hunt. Japan’s whaling fleet can kill up to 1,000 whales a year which ci the number allowed by the International Whaling Commission. Japan is allowed to hunt the animals as long as they are killed for research and not commercial purposes. However, whale meat not used for study is sold as good in the country, and many say that is the real reason for the hunts.

Now, Watson will completely remove himself from all affiliations with the organization.

He says that the current Board wants to turn vessels away from confronting illegal poachers that prey on endangered species and, instead, seek to turn their fleet into non-controversial research vessels. Watson says that research has always been a part of the organization but should not be a priority.

“What we have provided is a unique function: a fearless leadership to intervene against poachers on the high seas, to document and to stop illegal acts that would otherwise go unnoticed and unchallenged,” Watson said

“The new direction that the present Board of Sea Shepherd USA has decided upon is not a path that I can in good conscience support nor participate in,” Watson said.

Watson will remain director of Sea Shepherd Global and will continue to support campaigns around the world.

In a follow-up statement from the organization, they say they will continue their efforts to save whales in the United States.

“In reference to Captain Paul Watson’s recent resignation, our founder took a substantial step back from SSCS management in 2014, and in 2019 reduced his role to primarily archiving the organization’s history. Along with Paul Watson, we support the work of all Sea Shepherd Global efforts around the world.”