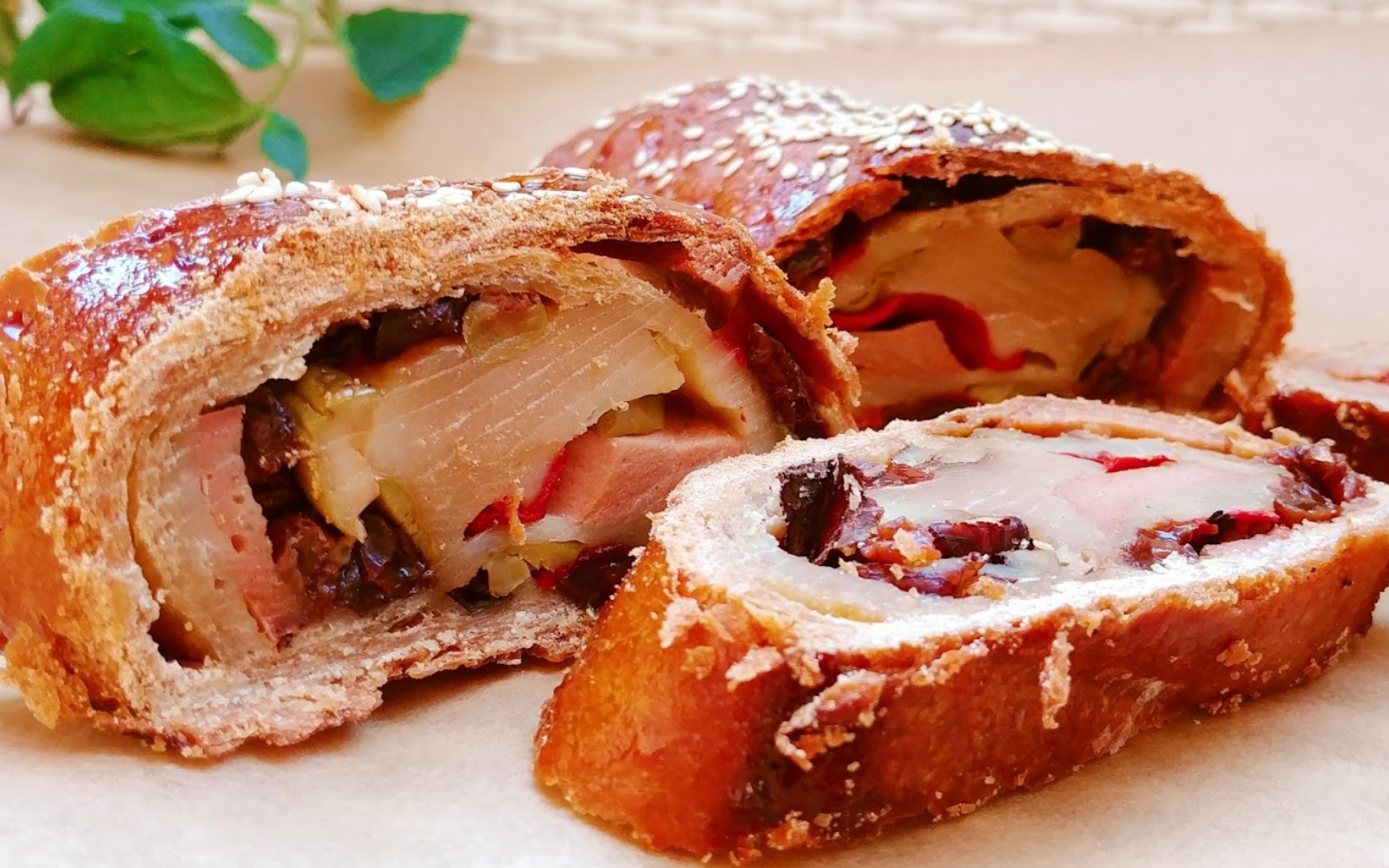 You won't believe that this Venezuelan dish is vegan! Vegan ham goes inside of this moist, flaky bread, topped with sesame seeds to give it a nutty texture. Great for parties when you really want to "wow" your guests!

For Brushing Over Bread:

Total Calories: 2236 | Total Carbs: 430g | Total Fat: 41g | Total Protein: 48g | Total Sodium: 903mg | Total Sugar: 34g Note: The information shown is based on available ingredients and preparation. It should not be considered a substitute for a professional nutritionist’s advice.