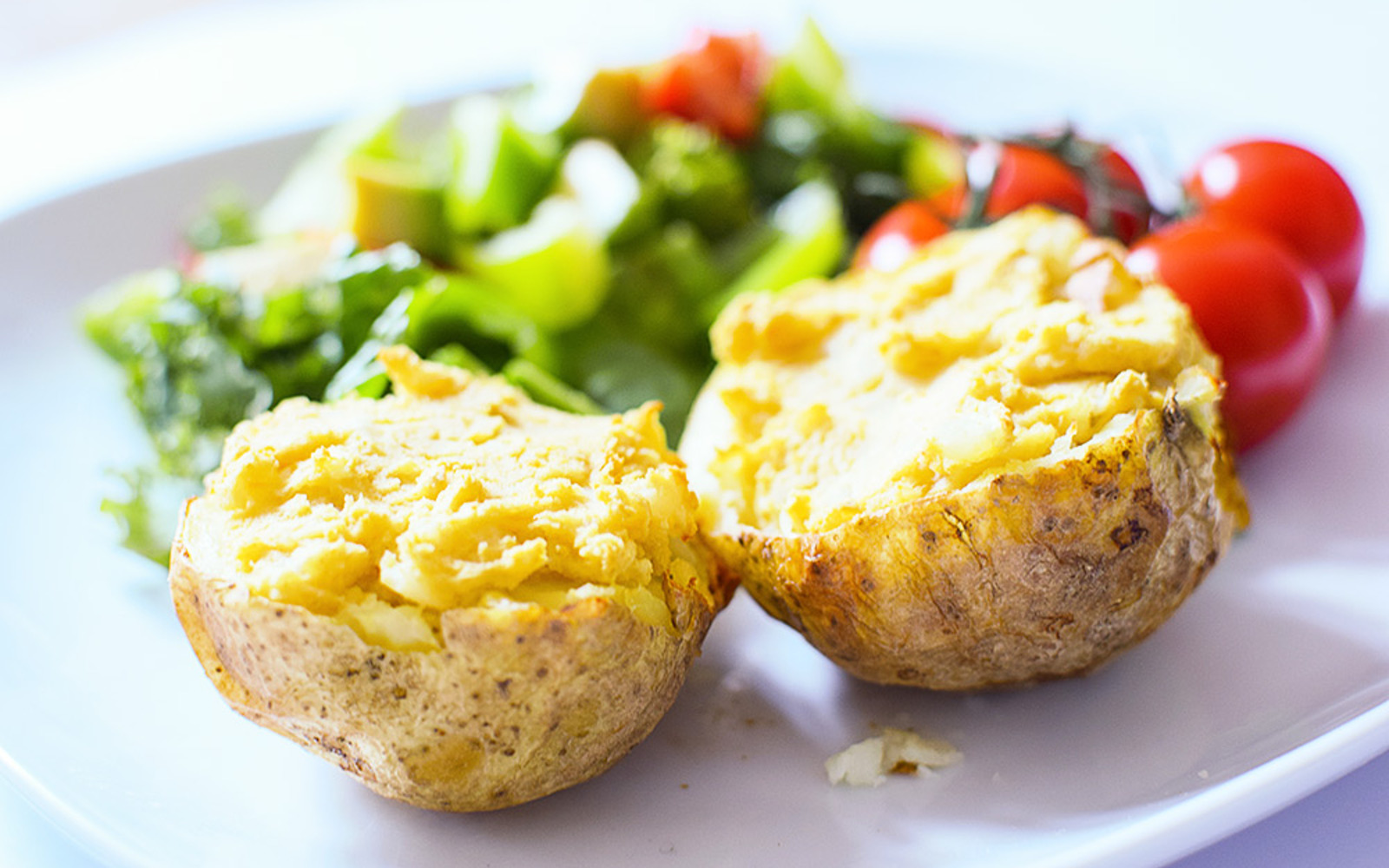 Twice baked potatoes are a hearty treat but when you throw some hummus into the mix this dish gets crazy-delicious. The crispy cheese tops are contrasted by the silky-smooth insides of this classic dish.

I'm Luci! I'm a vegan foodie from the UK. I love both getting creative, and keeping things simple, in the kitchen. From recipes for nourishing, healthy dinners, to not so healthy vegan baking adventures I like to make it all!