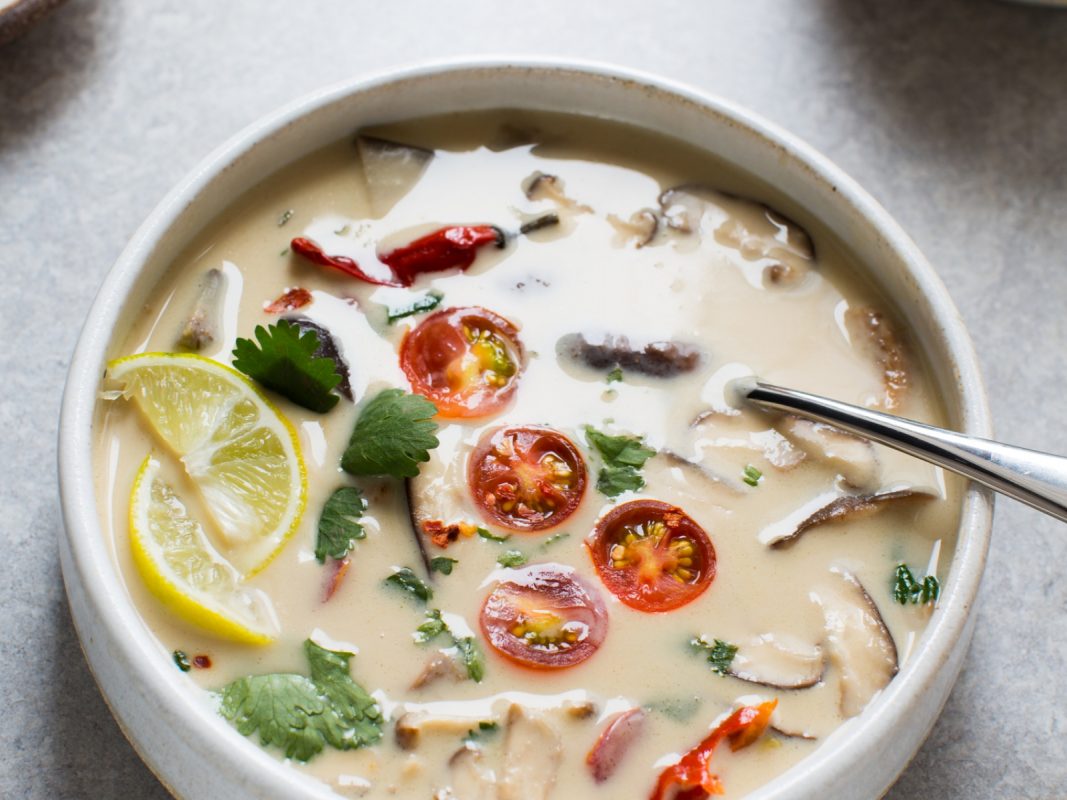 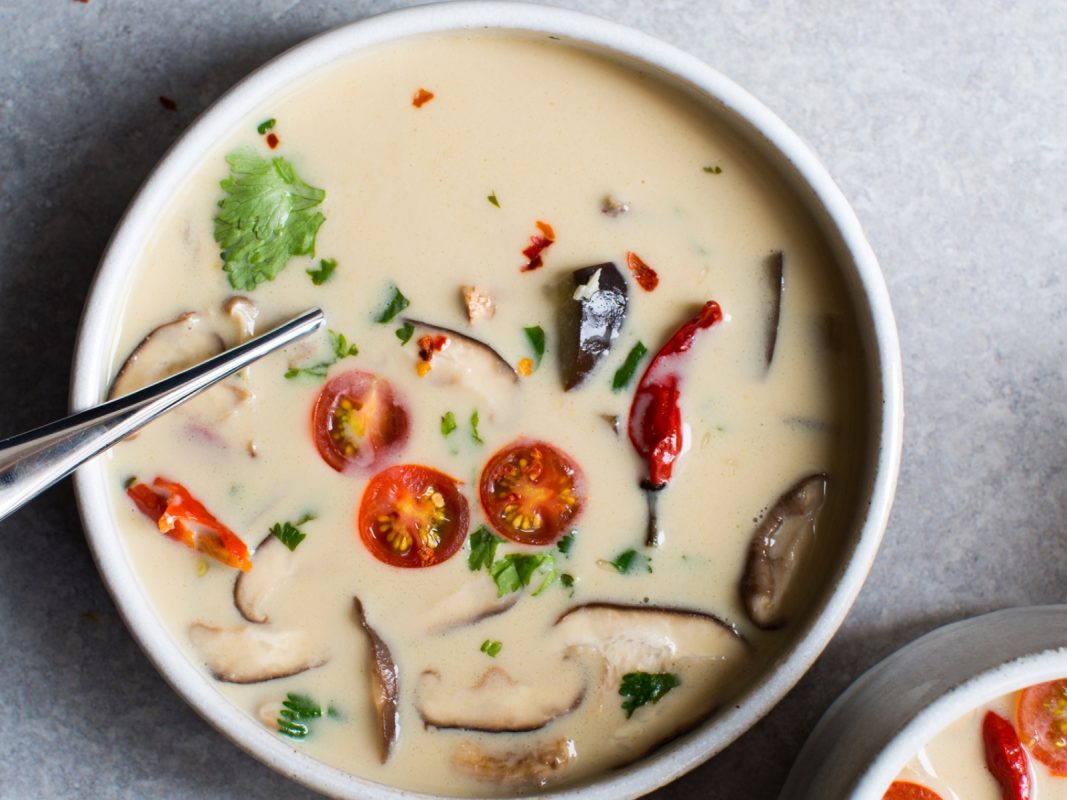 A Thai Style 'Tom Kha' Soup spiced with chilis, coconut milk, lime juice, eggplant and mushrooms. A delicious soup that can be thrown together quickly and made in bulk - perfect for a weeknight meal.

Easy food that makes you enthusiastic, not frustrated.

Marie is a food photographer in San Francisco, CA and the author of 8thandlake.com, a popular health food blog. Marie started 8thandlake after her boyfriend suffered from 8 years of unexplained stomach pains. What started out as a way to share delicious foods, turned into a space for creating hardly strictly vegan recipes that focus on bringing veggies to the center of the plate, fresh fish, and a lot of dark chocolate — food that makes you enthusiastic not frustrated.