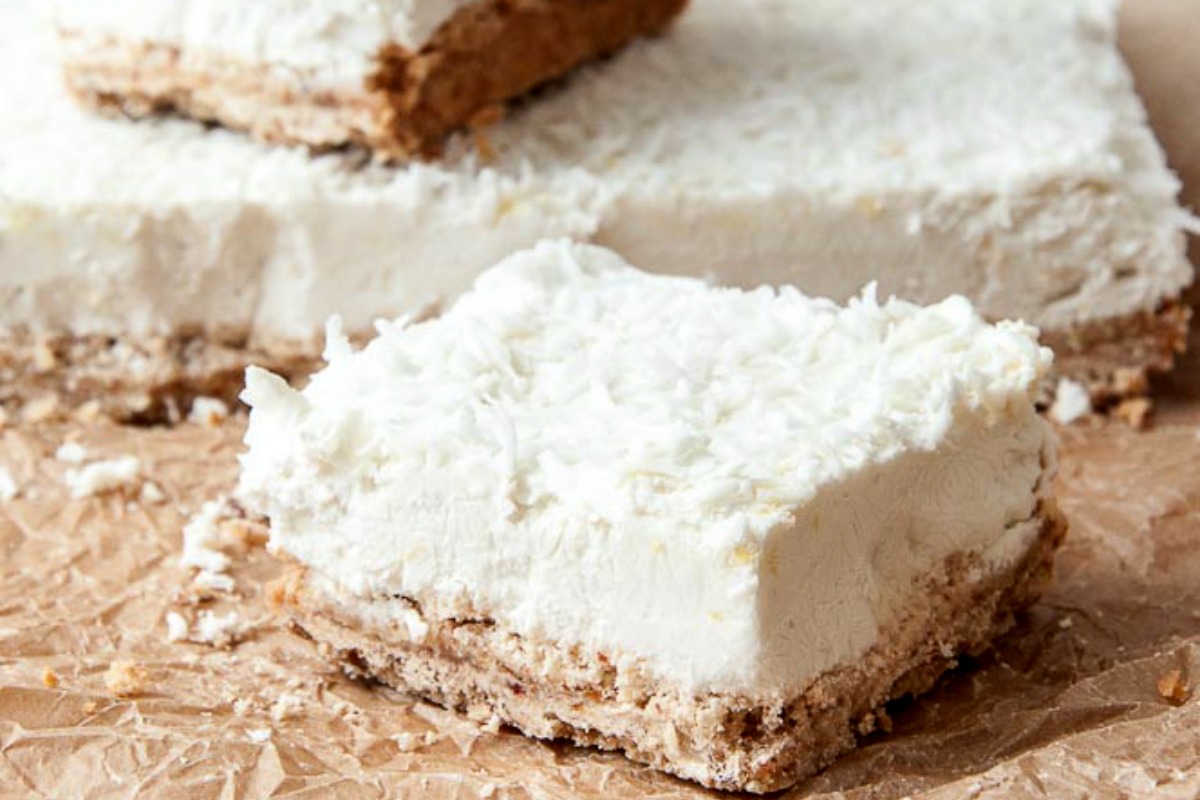 I've never been too fond of traditional lemon bars. Too much sugar and not enough lemon taste. That is why I came up with these lemon coconut squares. They only have 7 ingredients, and they're super easy to make! They are sweetened with unprocessed sugar but are still so delicious! You can easily omit the maple syrup or agave for a completely sugar-free lemon coconut square. Creamy and sweet with just the right amount of lemony zing, these lemon coconut squares are a great vegan dessert. You're going to love them!

For the Coconut Flour Crust:

For the Lemon Coconut Filling:

- - Keep squares in the refrigerator and eat within 5 days. - Lemon Coconut Squares are freezer-friendly. Store them in the freezer for up to a month. Try not to thaw and refreeze squares too often. - Coconut cream can be bought at a store or from a can of coconut milk. Refrigerate a can of coconut milk overnight. Carefully open the can and you will notice that the coconut milk will have separated into coconut water and coconut cream. Scoop out the hard, white coconut cream and use it for this recipe. - To make this recipe raw vegan, skip baking the crust in the oven. Simply make the crust as described and pour the filling over it. The crust won't be crisp.

Vanessa is the photographer and recipe developer of the popular food blog Vegan Family Recipes. As a mom of two, she focuses on creating easy, healthy, family-friendly recipes.