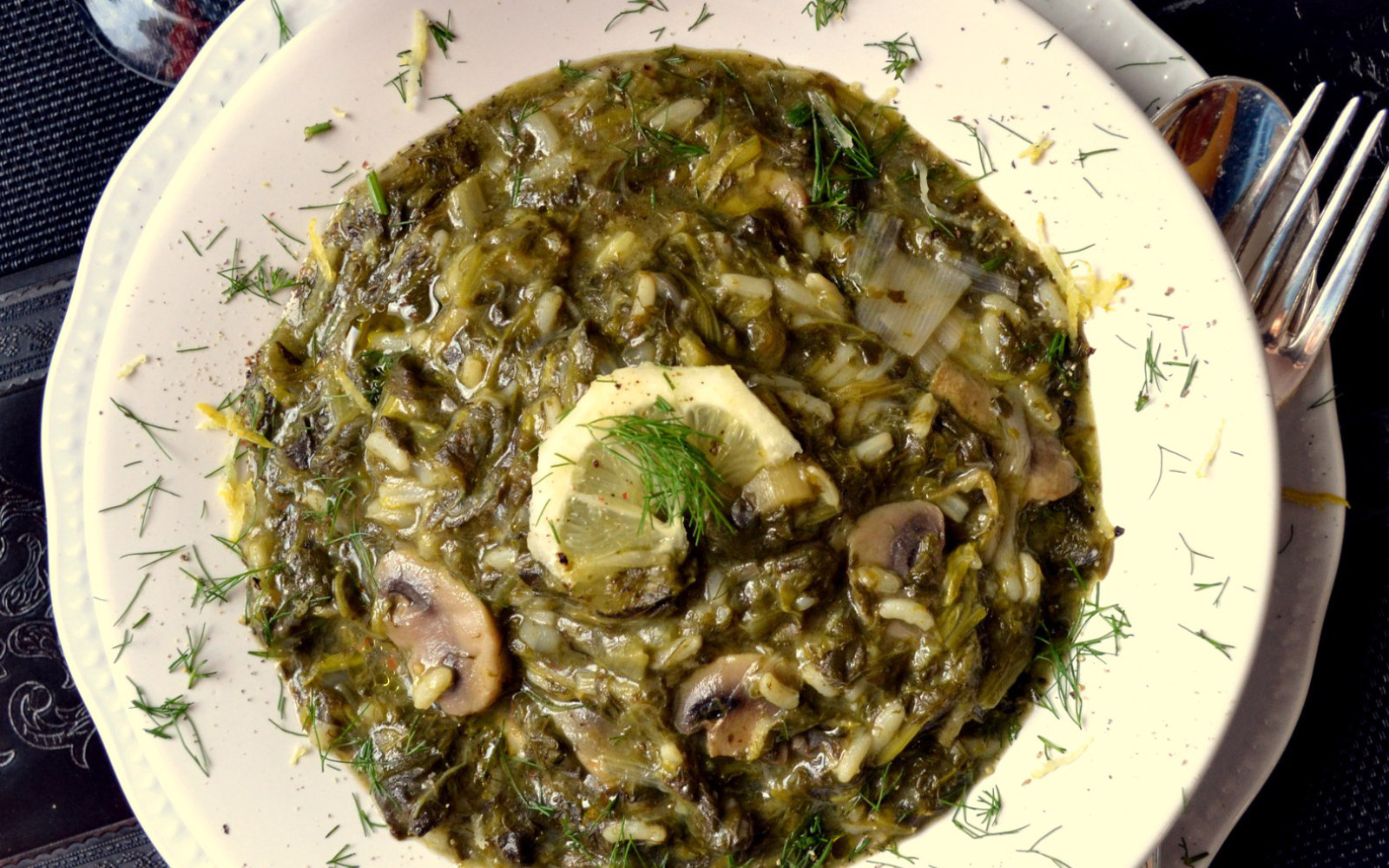 Magiritsa is a traditional Greek dish served after the midnight church service to break the 40 day Great Lent period and is considered to be the best meal to gradually ease your digestive system back into its regular eating habits after the fasting period. Traditionally, it is made with lamb, greens, fresh herbs, and finished off with a lemon egg sauce, but this version uses mushrooms in place of meat and cornflour to create the texture added by egg.

Total Calories: 1622 | Carbs: 116 g | Fat: 116 g | Protein: 52 g | Sodium: 704 mg | Sugar: 26 g Note: The information shown is based on available ingredients and preparation. It should not be considered a substitute for a professional nutritionist’s advice.

Delicious plant-based recipes made with wholesome ingredients and Mediterranean flavors!

Hey, I am Lenia Patsi, a happy mom, wife, runner from sunny Greece! My sister, Dimitra, and I love cooking, so we created a blog where we share delicious plant-based recipes made with wholesome ingredients! Now I am cooking solo and my goal is to prove that healthy vegan food can be really awesome! So follow me on my culinary adventures at The Veggie Sisters.