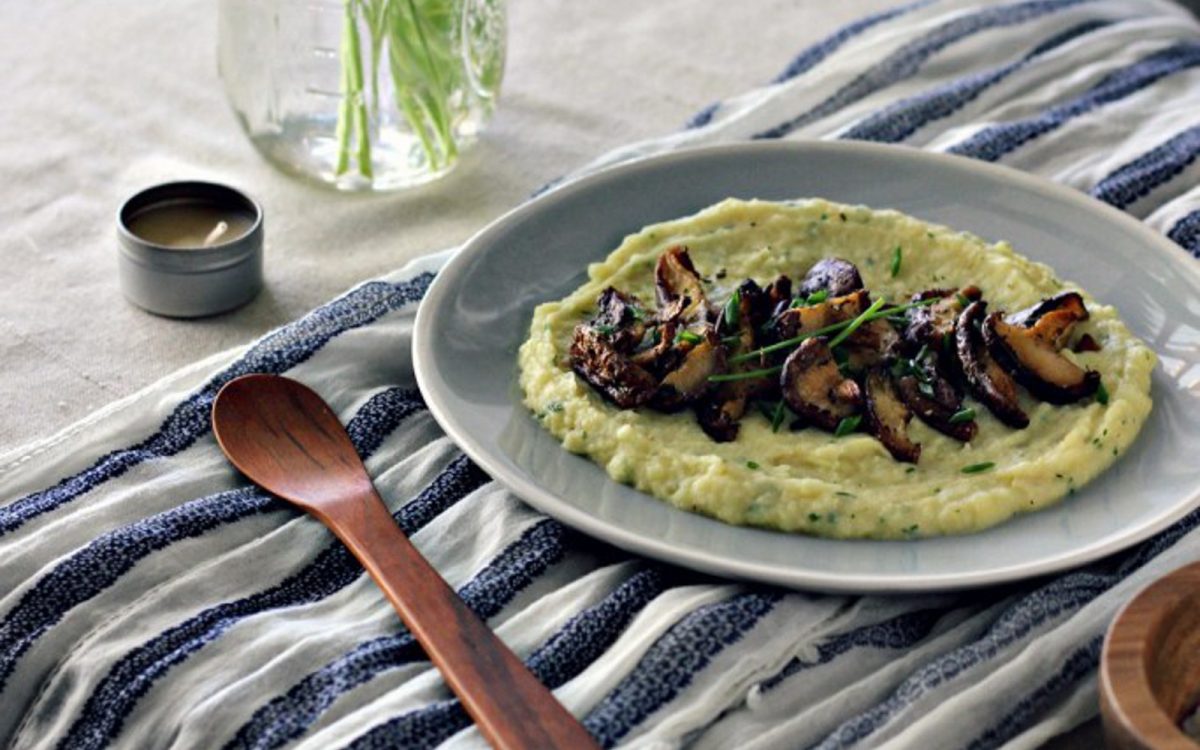 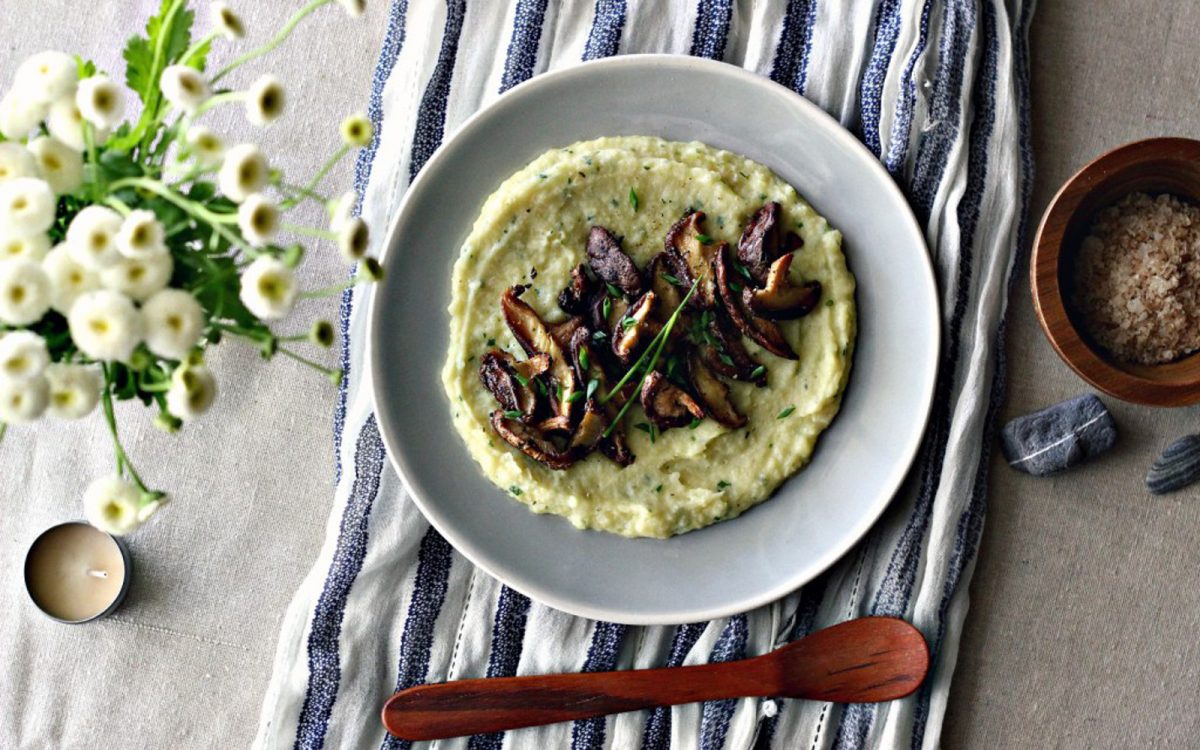 Delicious, creamy celeriac and potato purée is topped with earthy, meaty Shiitake mushrooms in this must-make fall side. The purée is made extra creamy, thanks to coconut butter and a splash or two of non-dairy milk and is seasoned with chopped chives and nutritional yeast, which adds a layer of cheesiness. This can serve two to three as a dinner or four to five as a side.

Calories: 194 | Carbs: 23g | Fat: 11g | Protein: 6g | Sugar: 5g | Sodium: 287mg Note: Does not include salt to taste Note: The information shown is based on available ingredients and preparation. It should not be considered a substitute for a professional nutritionist’s advice.

It is my personal journey to not only share what I eat as a vegan but to portray the vegan diet as one of inclusion, not exclusion. When I’m not photographing food and developing recipes for Sweet Miscellany, I’m working towards becoming a holistic health coach and yoga instructor and exploring my hometown of Houston, Texas.