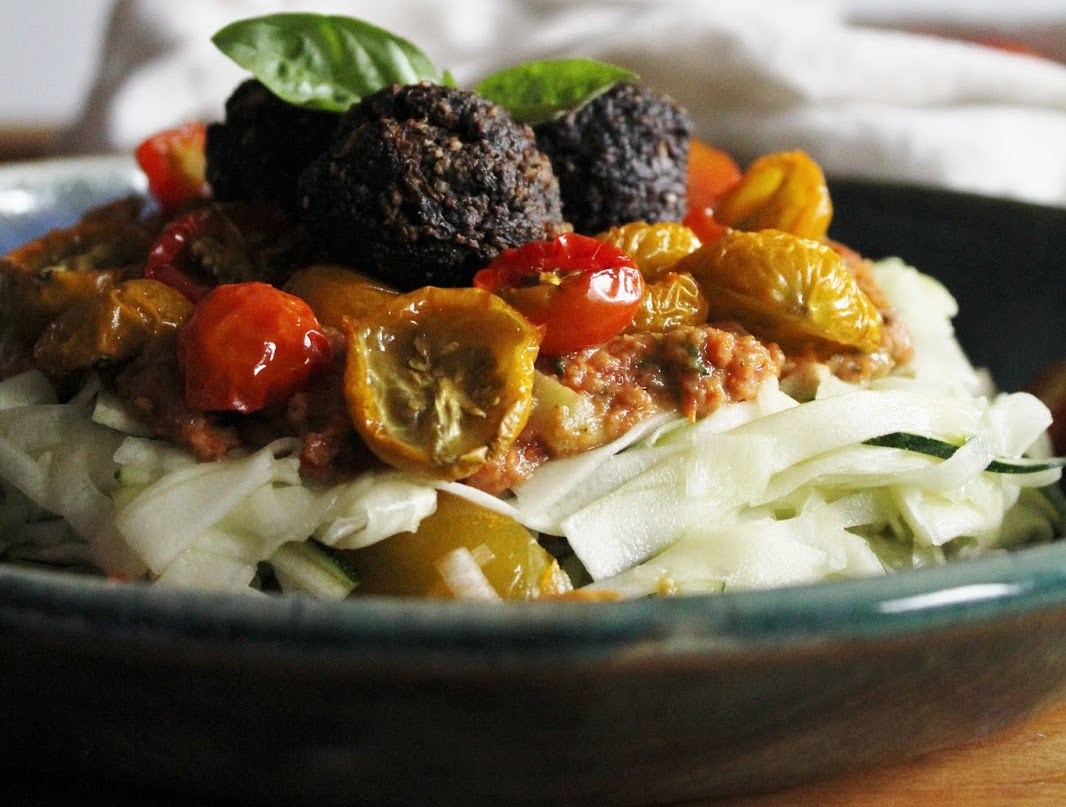 Although it takes several hours to dry the meatless balls and tomatoes, altogether there's hardly any hands-on time. All you need to do is whip up a sauce and slice your zucchini into noodles. This recipe is great for anyone to try: seasoned raw foodists, whole food veggie people, skeptics of raw veganism, even my cat was trying to snag some. The dish is absolutely bursting with fresh flavors and you can taste how nutritious ever bite is.The food speaks to me! Maybe I should call myself the vitamin C whisperer.

For the Portobello Meatless Balls:

For the Dried Baby Tomatoes:

For the Marinated Zucchini Noodles:

For the Tomato Basil Sauce:

To Make the Portobello Meatless Balls:

To Make the Dried Baby Tomatoes:

To Make the Noodles: