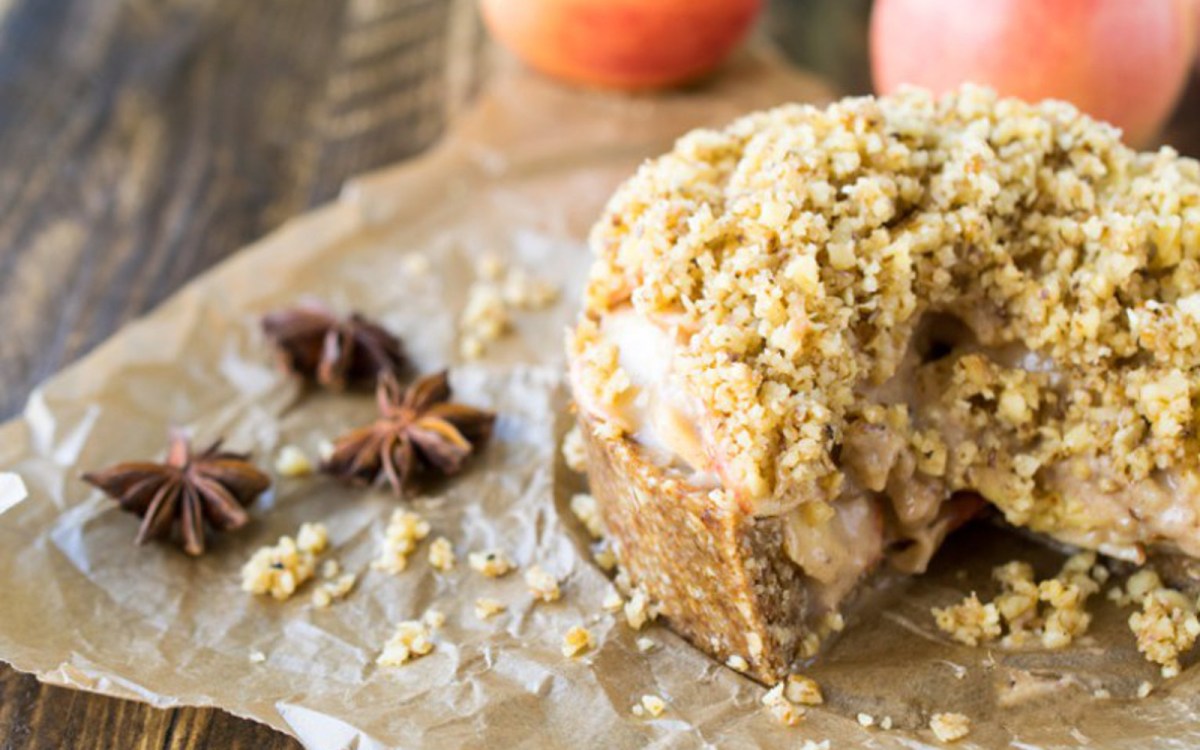 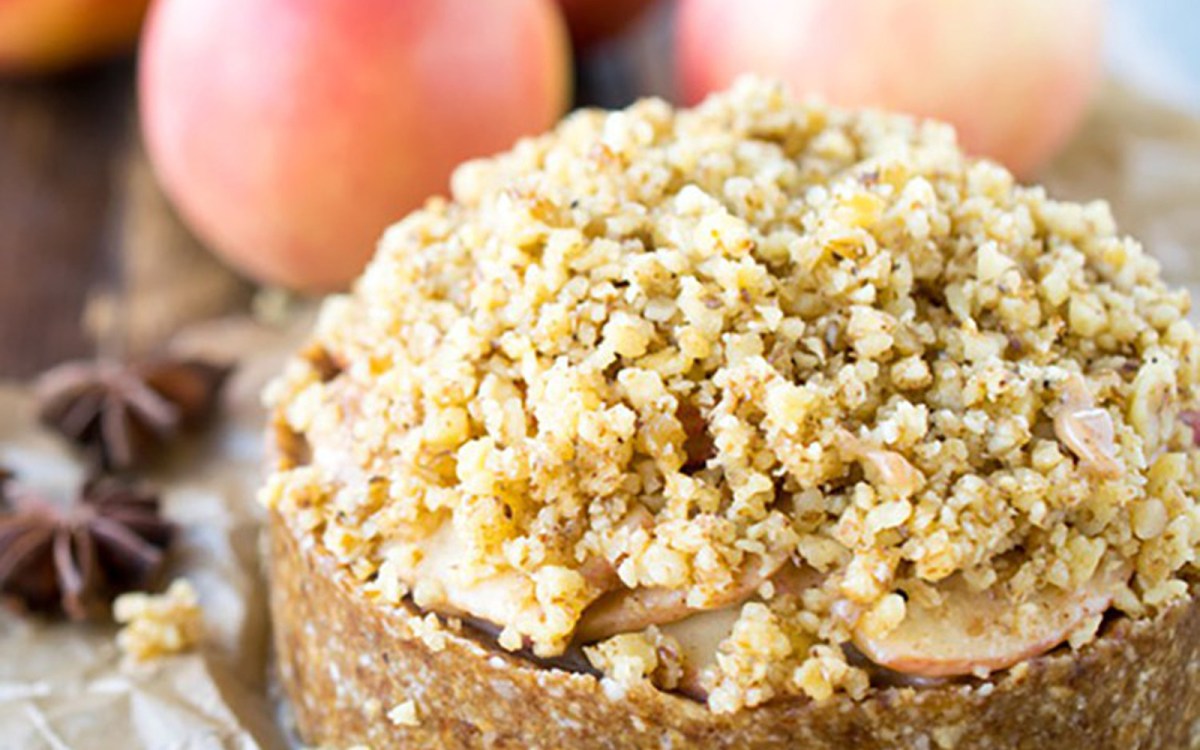 Eating apples raw is delicious so you can only imagine how amazing this deep dish apple torte tastes! Made with sliced gala apples, sticky dates, oats, shredded coconut, and plenty of cinnamon, this little pie will fill your house with the scents of fall and fill your tummy with happiness. Serve with some coconut whipped cream on the side for added decadence.

For the Walnut Crumble:

To Make the Walnut Crumble:

Crystal Bonnet is a Raw Vegan Food Blogger and Food Photographer at Raw Revive, featuring vegan, high-raw recipes. Her passion led her to explore education as a raw vegan chef; completing courses through the Matthew Kenney Culinary School and The Raw Chef. Crystal now works on her blog, continues to take courses, sells her treats at farmer’s markets and prepares raw vegan meals for yoga/meditation retreats in the Canadian Rockies.