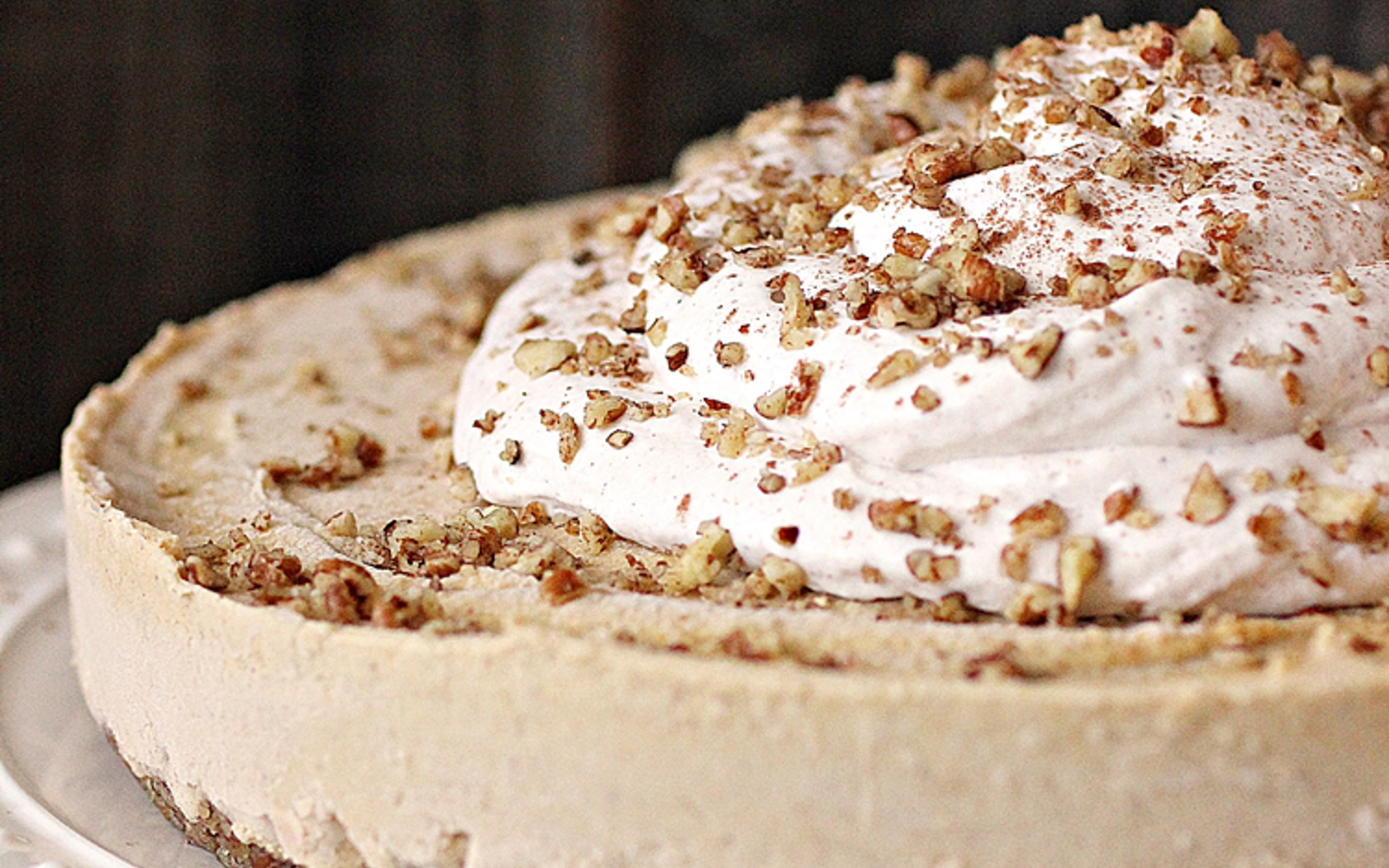 This gorgeous pumpkin cheesecake with a nutty, no-bake crust is made using cashews. Serve this up with a very generous dollop of the cinnamon maple coconut whipped cream and enjoy!

For the Crust: For the Filling: For the Cinnamon Maple Coconut Whipped Cream:
Advertisement

Per Serving: Calories: 585 | Carbs: 50 g | Fat: 41 g | Protein: 10 g | Sodium: 20 mg | Sugar: 31 g Note: The information shown is based on available ingredients and preparation. It should not be considered a substitute for a professional nutritionist’s advice.

Dora is passionate about green living. Her passion includes creating recipes that use fresh, whole, plant-based foods. She shares her fun and flavorful vegan recipes at Dora Daily. Along with cooking and baking, Dora loves to spend time in the garden, adventuring the countryside and promoting a kinder, greener, lifestyle.