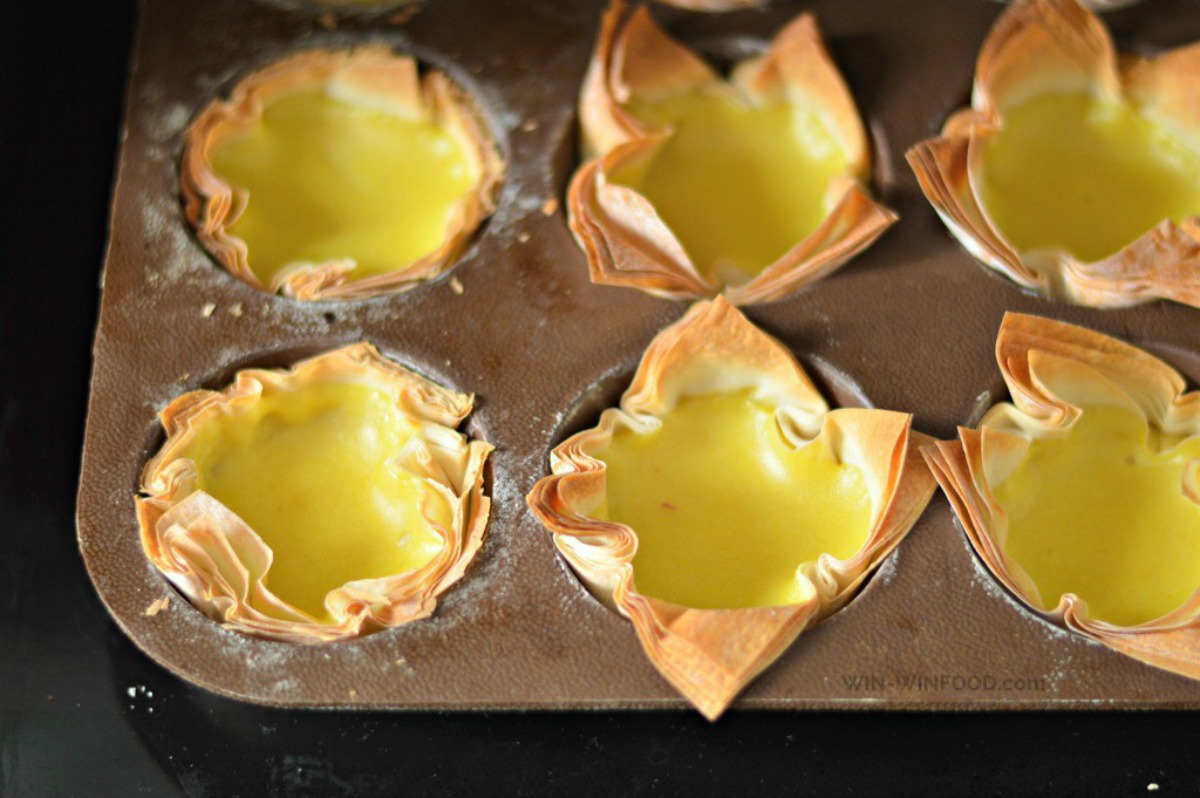 Crispy and flaky shell filled with creamy, bright yellow custard laced with a bit of vanilla, cinnamon, and a distinctive egg-like flavor. You won’t believe these healthy Portuguese custard tarts contain no eggs at all.

For the custard: For the crust:
Advertisement

Phyllo or filo dough is a very thin dough originally from Turkey and Greece (e.g. used to make Baklava) If you use several layers on top of each other, it flakes like puff pastry but is much lower in fat. You can also use puff pastry or lower fat puff pastry if you can't find phyllo in your area, the tarts will still be healthier than the original but a bit higher in fat (see notes in instructions). Custard recipe inspired by Seitan Is My Motor and The Vegan Word

Healthy food doesn't have to be bland — no way!

Lucie Javorska is a healthy food blogger at WIN-WIN FOOD, where she shares her passion for healthy and delicious food. She’s on a mission to help people find a WIN-WIN solution for their taste buds as well as their health.