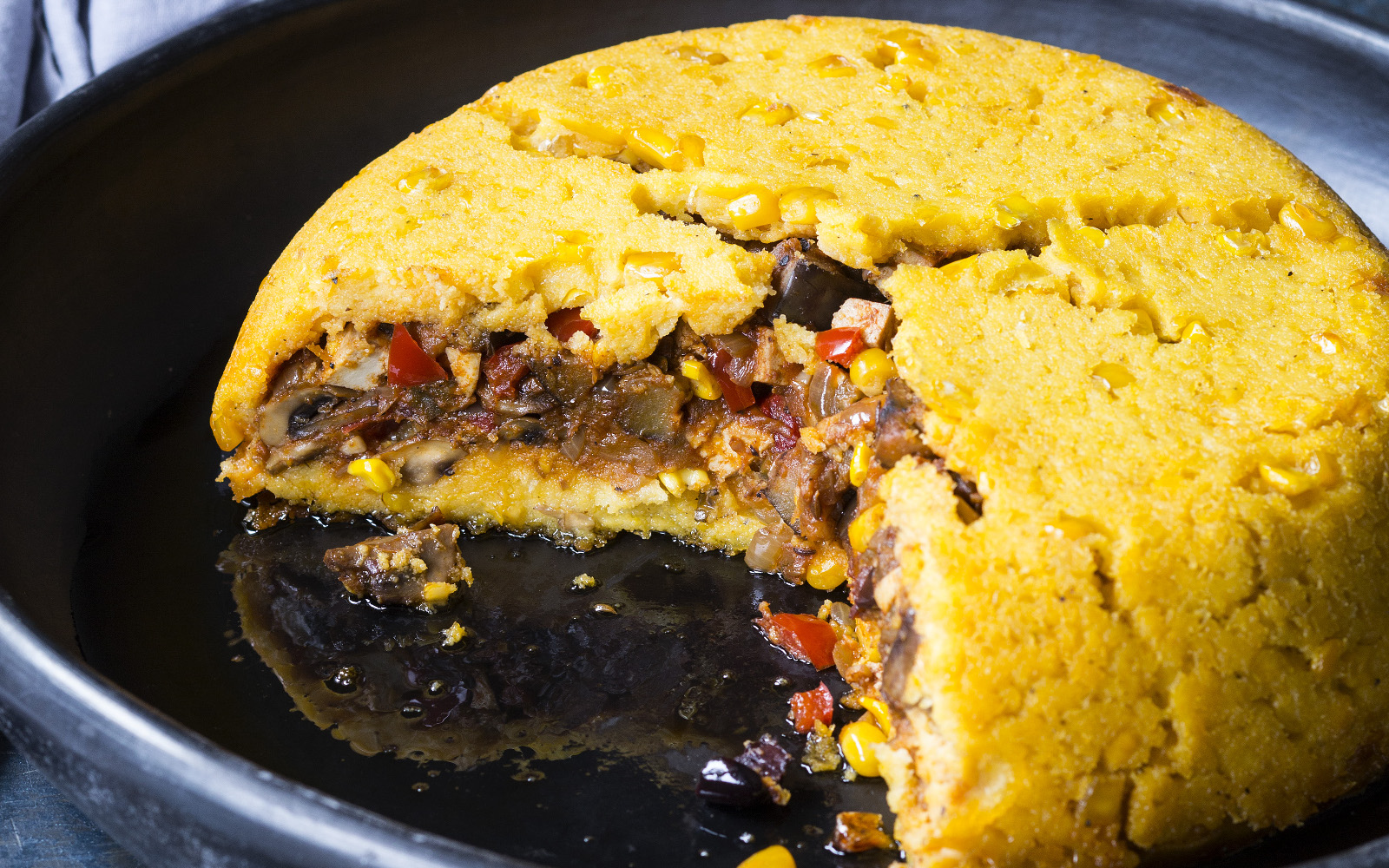 Simply put, this is a Chilean dish very similar to shepherd’s pie. Typically, this dish has big juicy chunks of beef, but we find eggplant is the best substitute as it doesn’t have much flavor of its own and carries all the flavors of the dish while still retaining its shape. This is fantastic served with a green salad dressed with our lemon and cumin vinaigrette.

For the Pastel de Choclo:

For the Lemon and Cumin Vinaigrette:

To Make the Pastel de Choclo:

To Make the Lemon and Cumin Vinaigrette: