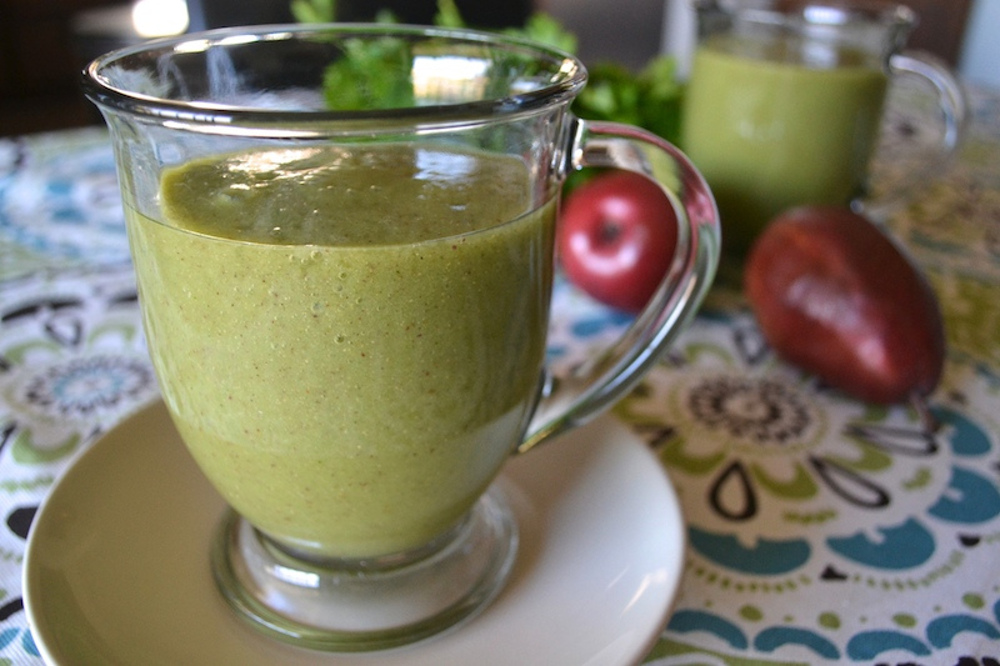 Pear & Parsley sounds like a big American retailer’s idea of a quaint British shop (or should that be shoppe?) opening soon in a mall near you that sells soaps, pretty tea towels, and cocktail napkins printed with every conceivable form of “Keep Calm and (fill in the blank).” But in fact, it’s just another kind of green smoothie. When one has committed to consuming a green smoothie (or two) each day, one also has to commit to trying different ingredients so as not to get bored of the usual smoothie ingredient suspects (not that there is anything wrong with my good friends, kale and oranges). I especially like this combination because it isn’t too sweet and it’s very refreshing.