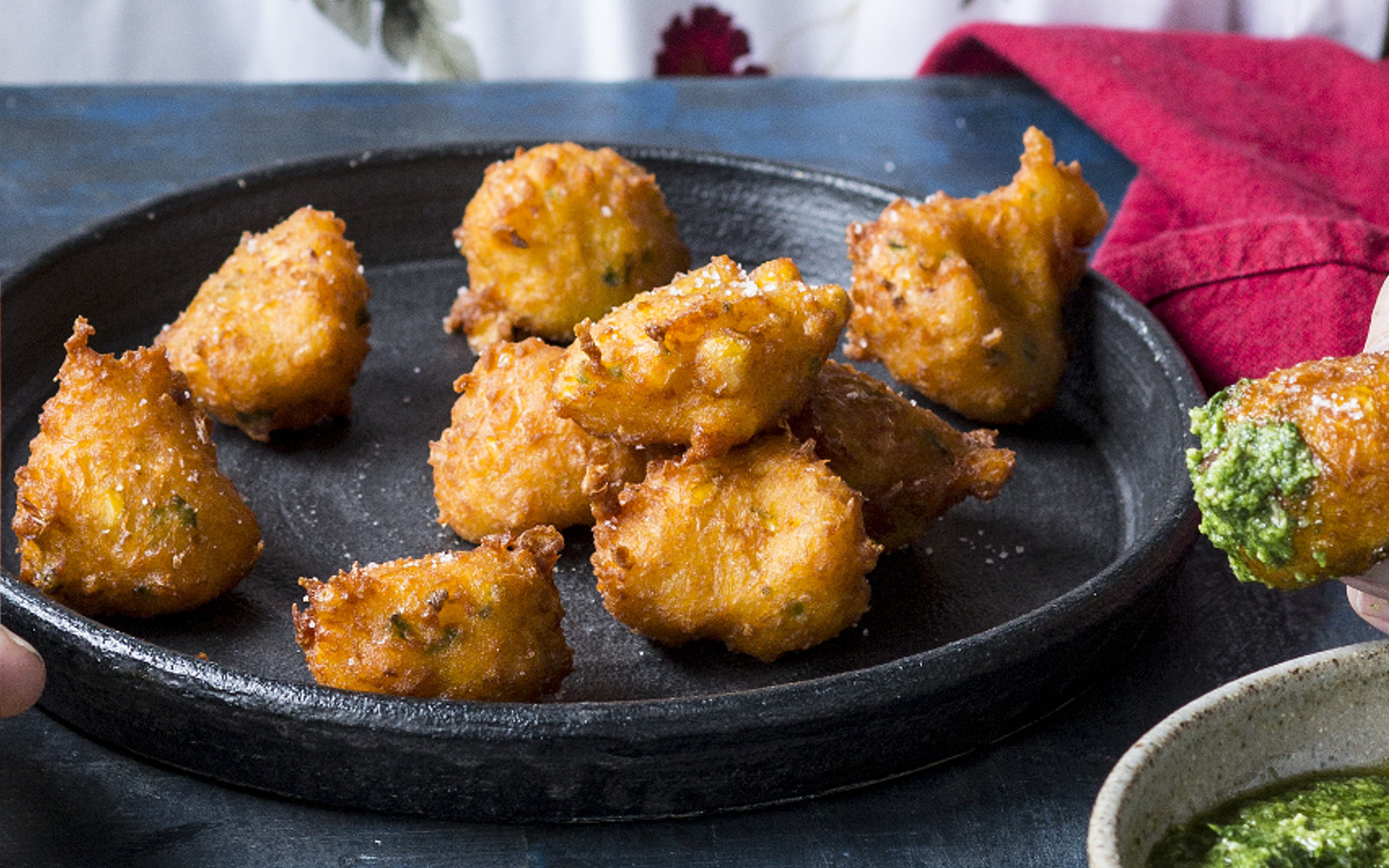 Who doesn't love a crispy, crunchy corn fritter? You will want to eat as many of these as you can get your hands on. The jalapeño adds the perfect touch of spicyness to compliment the sweetness of the corn.