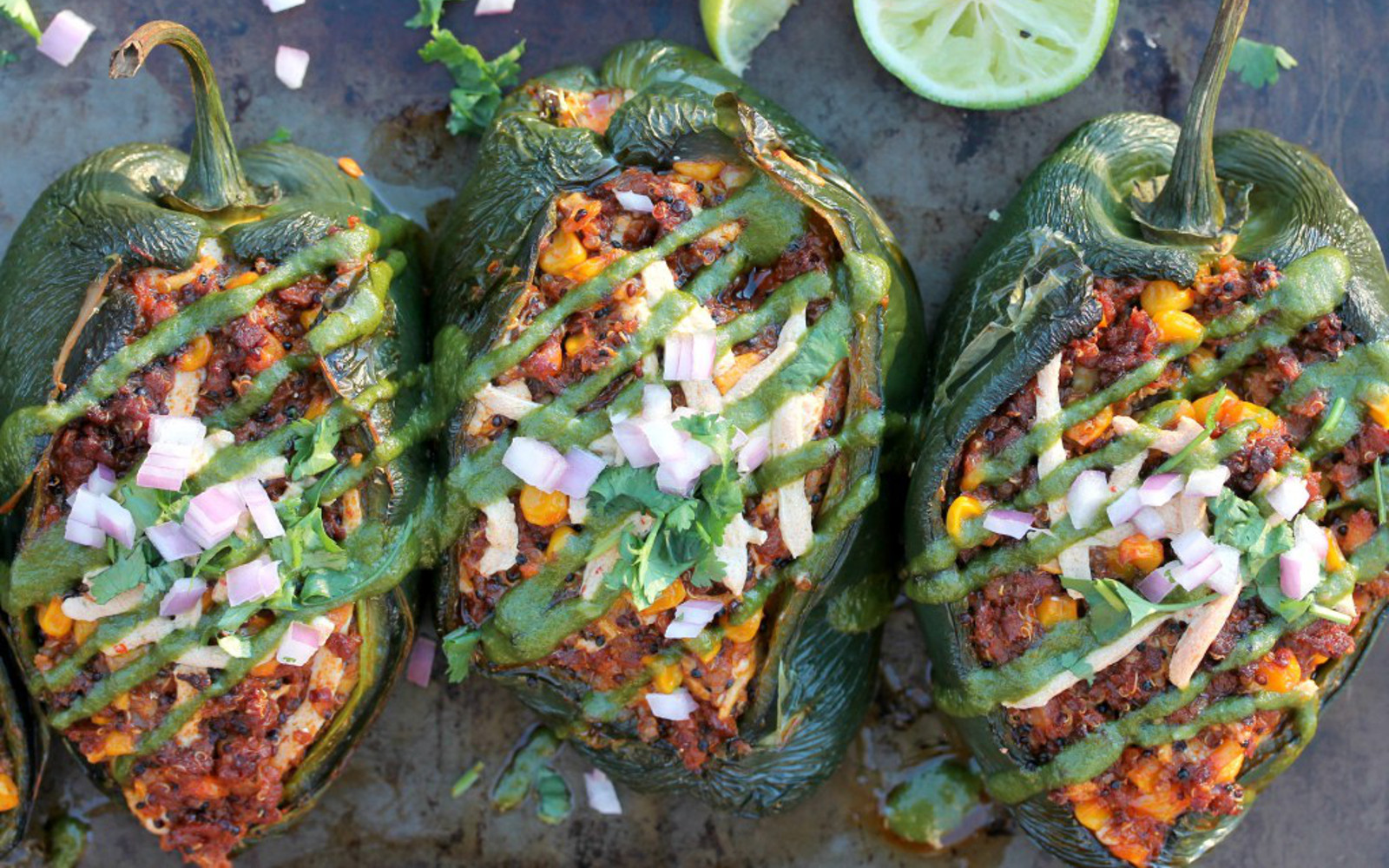 These stuffed pasilla peppers have pretty much everything one could ask for inside of them. They are filled with zesty vegan chorizo, tender quinoa, plenty of vegan cheese, and then topped off with a fiery habanero pesto. This recipe is definitely going to be one of your favorites the moment you taste it.

For the Stuffed Peppers:

Vegan recipes with a focus on good feelin’, sometimes, but not always healthy, scrumptious comfort food.

Most people don’t think of delicious comfort food when they hear the word vegan and I’m here to change all that! My name is Ashley, a vegan food blogger and recipe developer. While my wife and I develop recipes that range from quick and healthy, to deep-fried and salted, we specifically focus on good feelin’, sometimes not always healthy, scrumptious comfort food. Grab a drink and let’s have some fun in the kitchen!