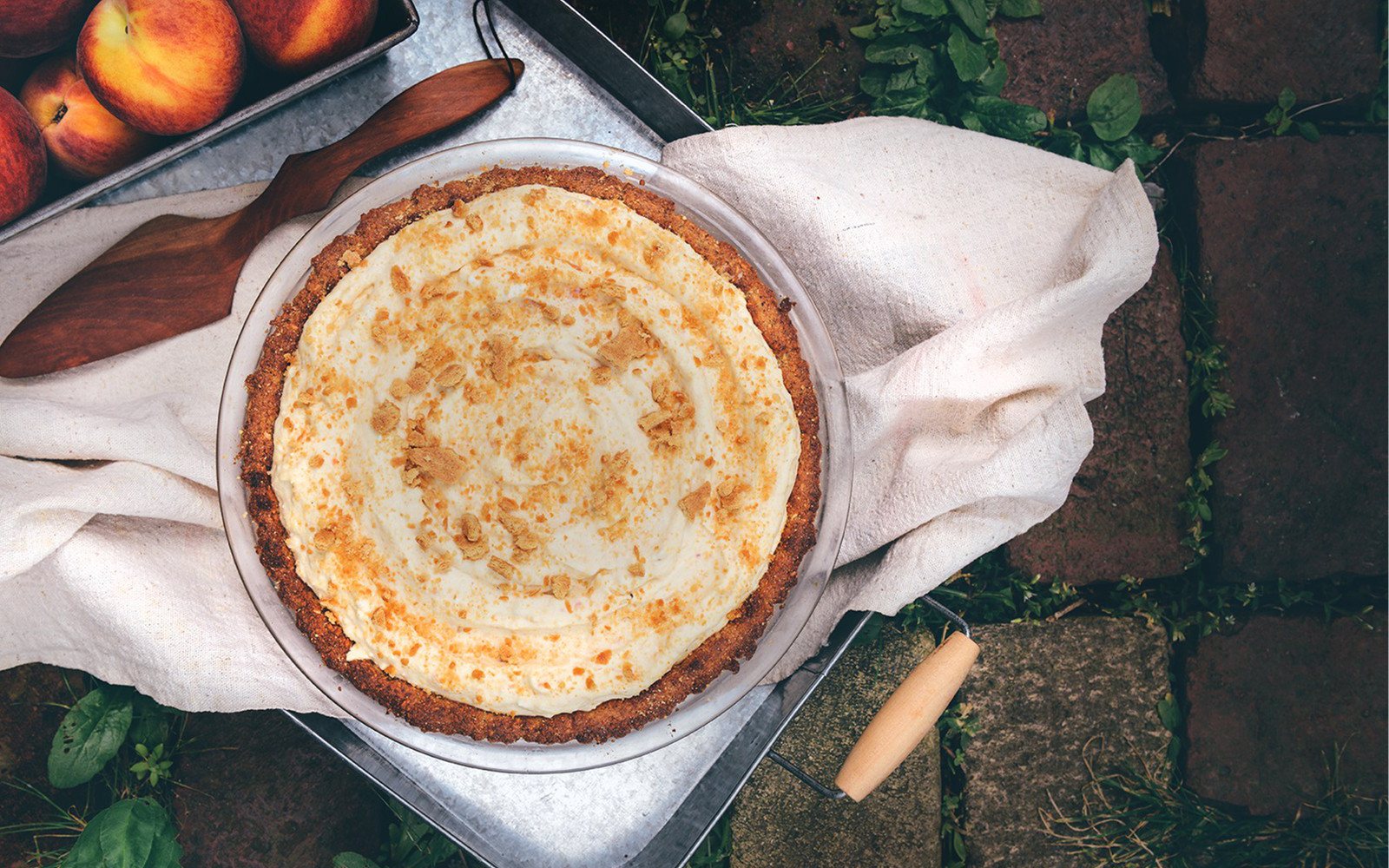 This naturally sweetened crust uses almond flour and shredded coconut for a healthier version of a graham-cracker crust. The tart is topped with a peach filling that tastes like an indulgent, fruity ice cream. For the ultimate treat, whip up some full-fat coconut milk into a whipped cream topping.

For the Almond Coconut Crust:

For the Filling and Garnish:

To Make the Almond Coconut Crust:

To Make the Filling and Assemble the Tart:

I’m Quelcy, the recipe developer, stylist, photographer, and crazy-dog-lady behind With The Grains. With The Grains offers tales from my grainy kitchen, but these personal collections and recipes are about more than wheat, more than millet, more than rye. It's about living with nature, with the seasons, with respect for well-worn rolling pins and tattered recipes. It’s an ode to the slow, intentional sort of endeavors.