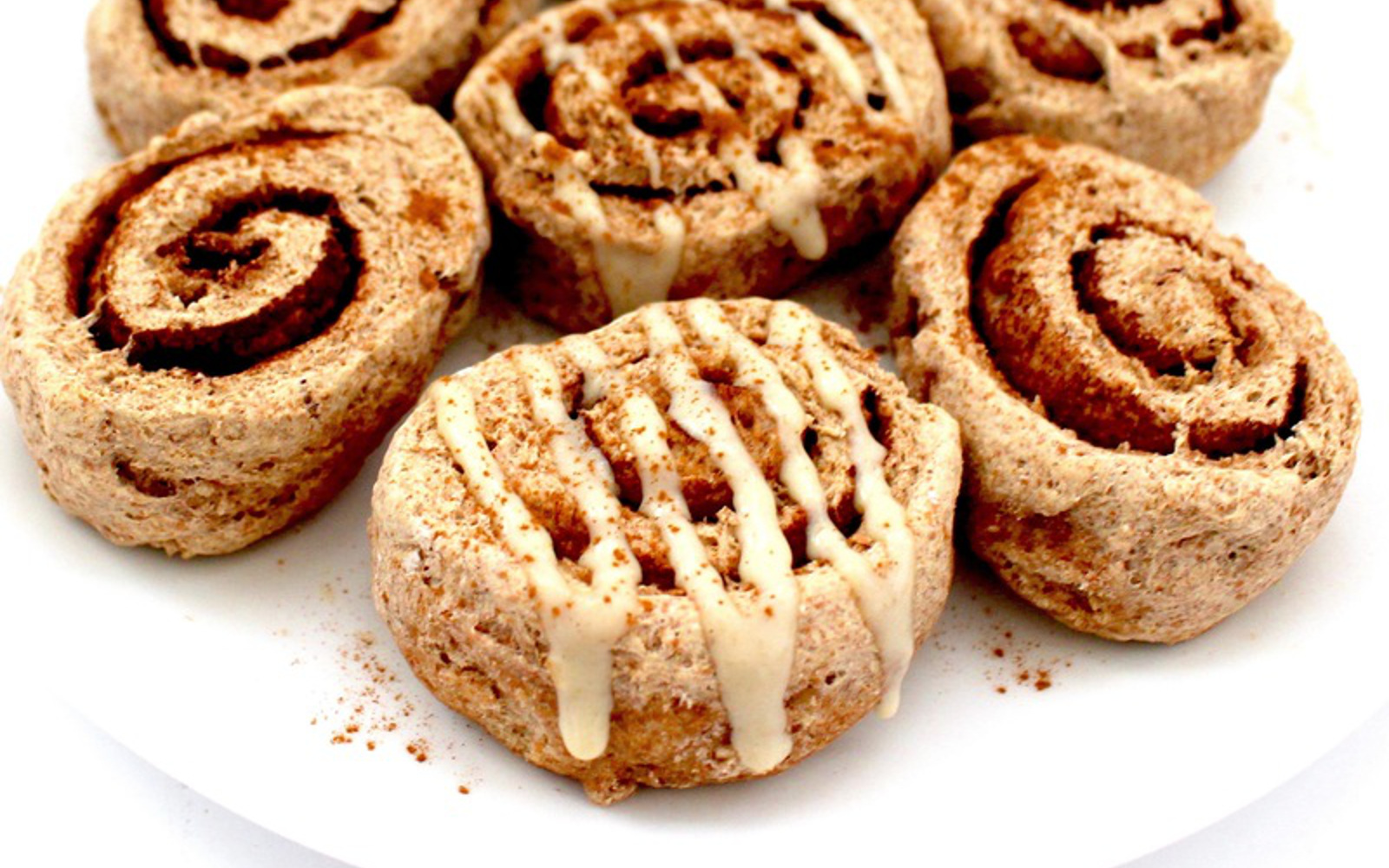 If you're cutting back on oil and sugar, you can still have these cinnamon rolls for breakfast! Applesauce takes the place of oil and they're sweetened with stevia instead of sugar. They're topped with a cinnamon "sugar" spread and a simple frosting that's entirely optional. Keep these handy whenever you need a quick and easy breakfast on the go.

For the Cinnamon Rolls:

​For the Cinnamon Sugar Spread:

Per Serving: Calories: 92 | Carbs: 16g | Fat: 1 g | Protein: 5 g | Sodium: 198 mg | Sugar: g Note: The information shown is based on available ingredients and preparation. It should not be considered a substitute for a professional nutritionist’s advice.

Simple, delicious, and nutritious plant-based family dinners and desserts that are low in fat and sugar.

Annie is a weight loss expert, cookbook author, and founder of the vegan recipe website www.VegAnnie.com. She is also a PhD candidate in Nutrition at the University of Texas at Austin. Annie has lost over 70 pounds in a balanced, self-loving kind of way, and is passionate about showing others how eating clean, wholesome foods can be delicious, fun, and exciting! Her recipes are simple to prepare, budget-friendly, and always free of artificial ingredients. She recently published The VegAnnie Cookbook  which contains over 50 simple, vegan, and gluten-free recipes that are all under $2 per serving.