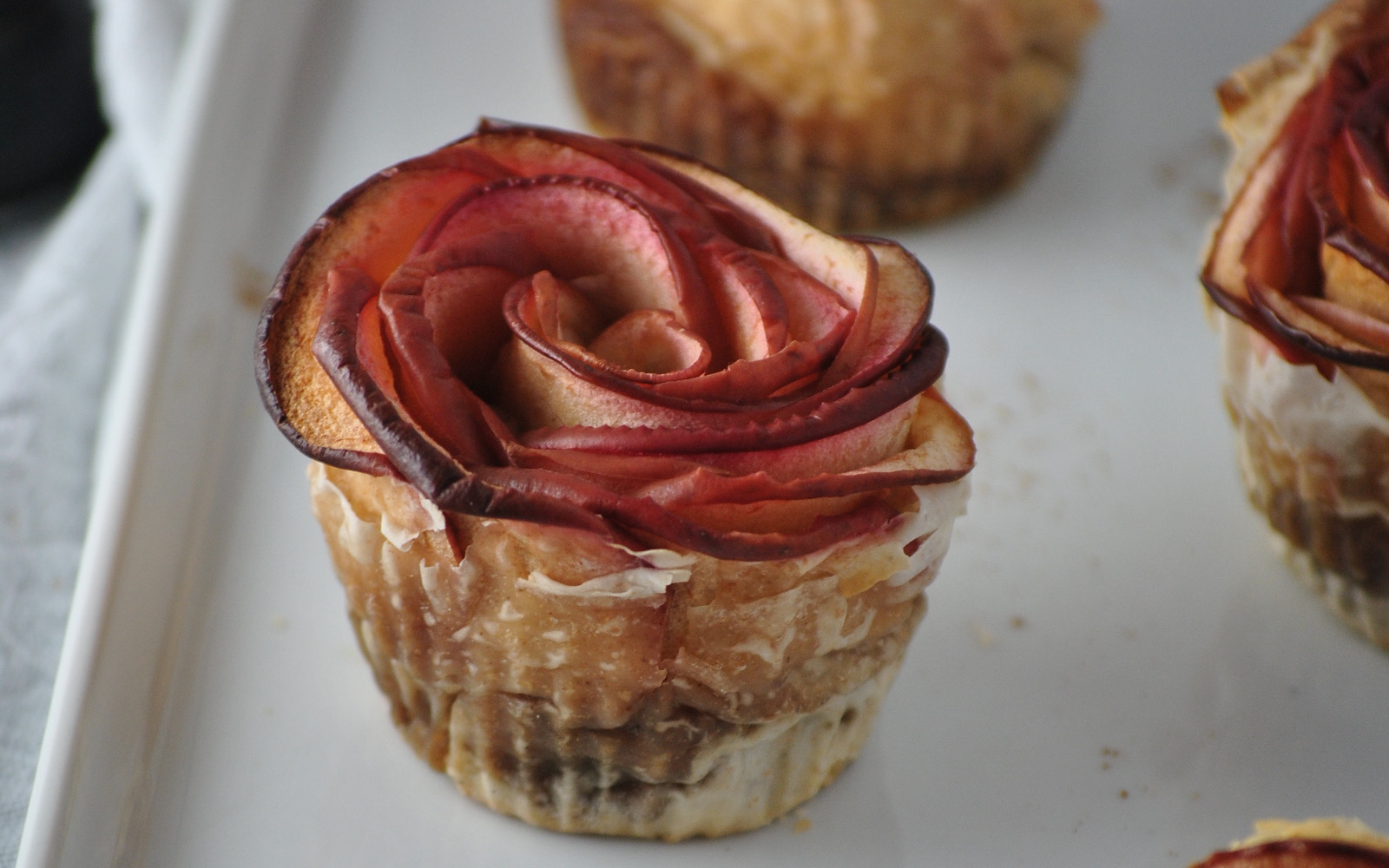 If you’re craving a light and beautiful dessert that doesn’t disappoint, then you have to give these apple roses a try. In this recipe, juicy red apples are sliced thin, coated in cinnamon, and then rolled up with a sheet of puff pastry to create an adorable rose shape. It's then baked until the puff pastry is flaky and the edges of the apple slices are just a little brown. Serve these apple roses with a spoonful of the accompanying apple butter for a treat that's truly amazing.

For the Apple Hearts:

For the Apple Butter:

To Make the Apple Hearts:

To Make the Apple Butter: