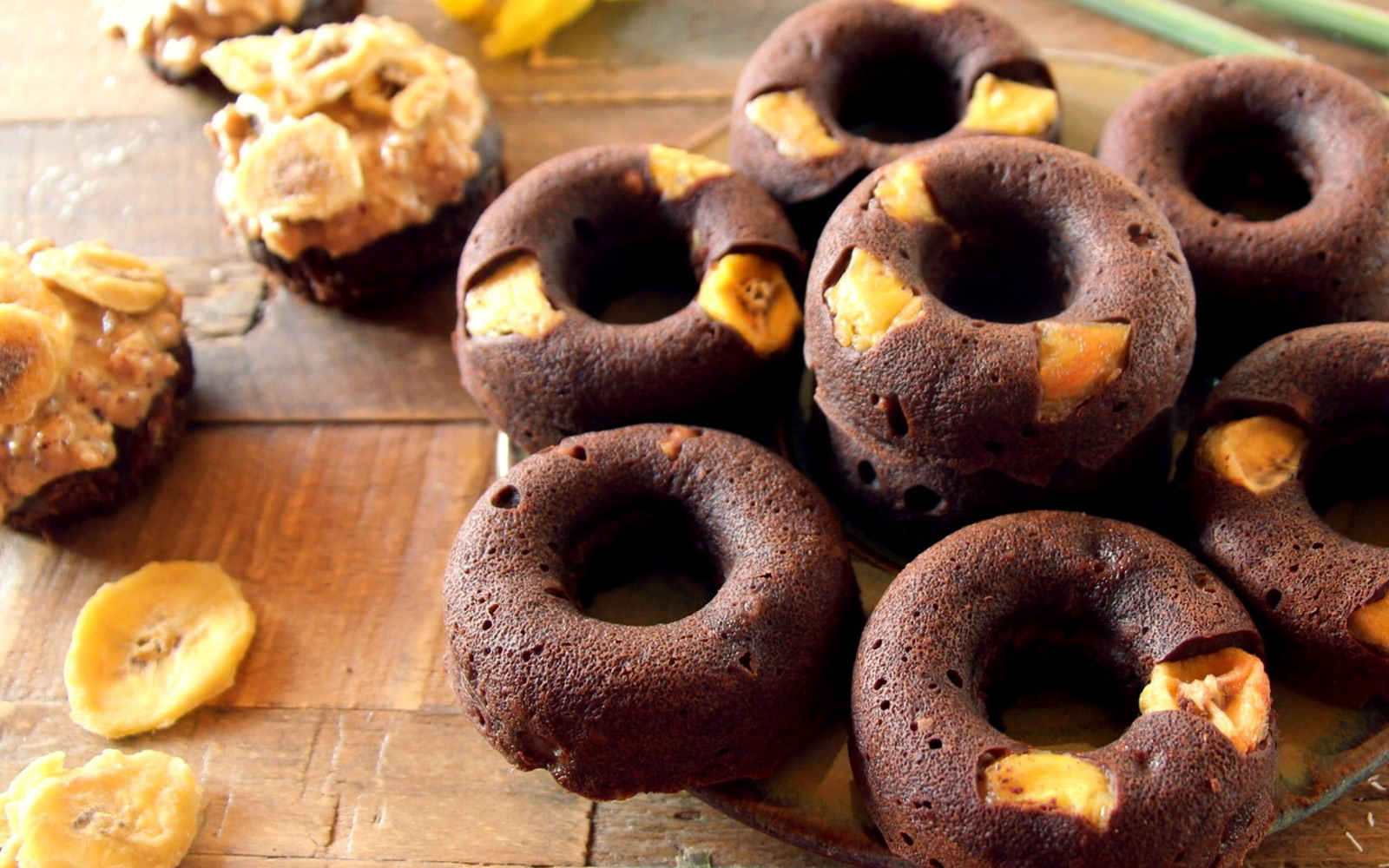 These peanut butter and banana chocolate doughnuts are pure gorgeousness. Placing chewy banana slices at the bottom of the pan gives them a distinct appearance that'll catch everybody's eye. And they don't just look good — they taste just like a doughnut version of that beloved ice cream flavor. The leftover batter can also be made into muffins, or into more doughnuts!

For the Dry Ingredients:

For the Wet Ingredients:

Tempting vegan recipes that are light, natural, and flavorful.

My name is Niki and my plant-based blog Rebel Recipes is about my obsession with delicious, healthy food and lifestyle. I have always loved cooking and eating food that makes me feel great, mainly light, natural, plant based and organic where possible. I hope my passion for plant- based food shines through and it may tempt you in to trying it for yourself.