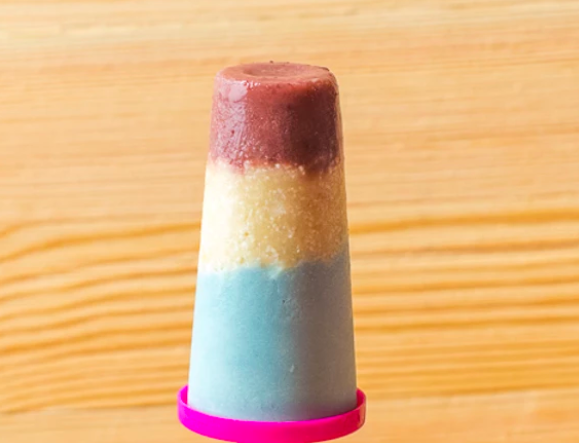 These red, white, and blue popsicles makes them perfect to enjoy for summer!

For the Cherry Ice Cream:

For the Coconut Ice Cream:

For the Blue Coconut Ice Cream:

*Each color of ice cream must be made in separate batches and in a clean blender container.
Advertisement
Advertisement