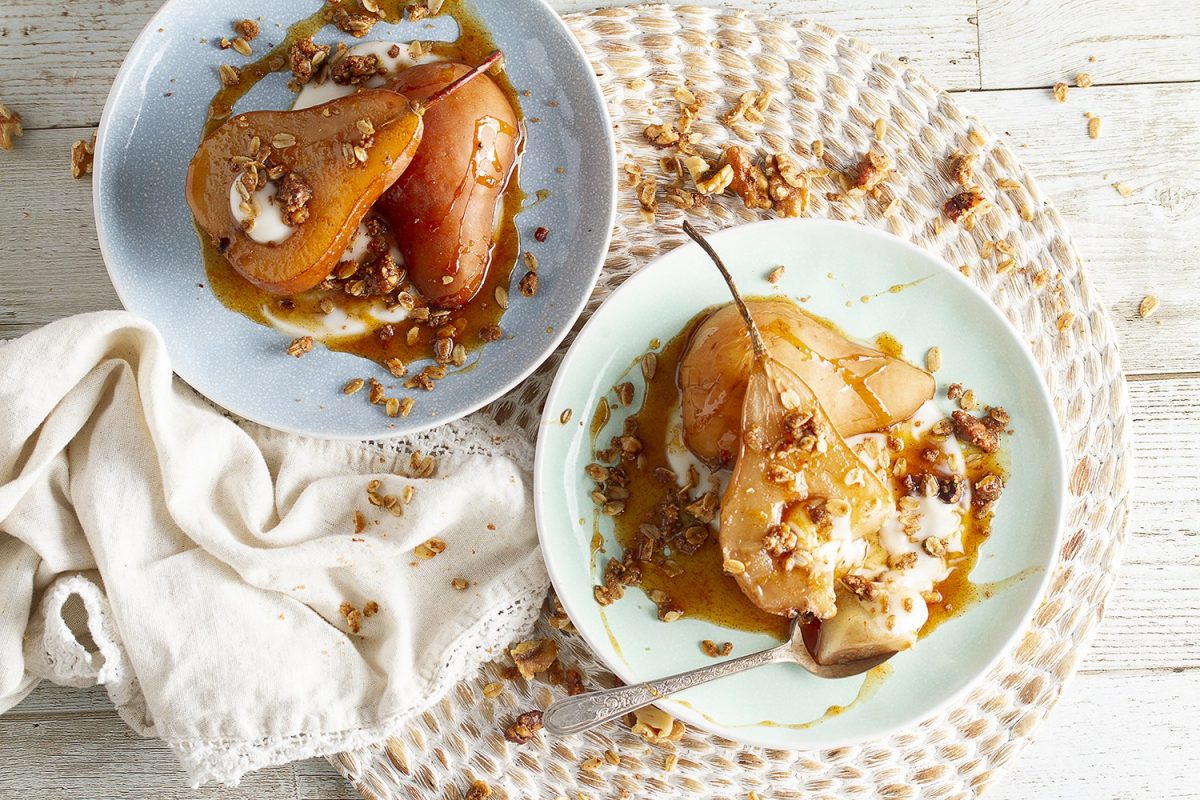 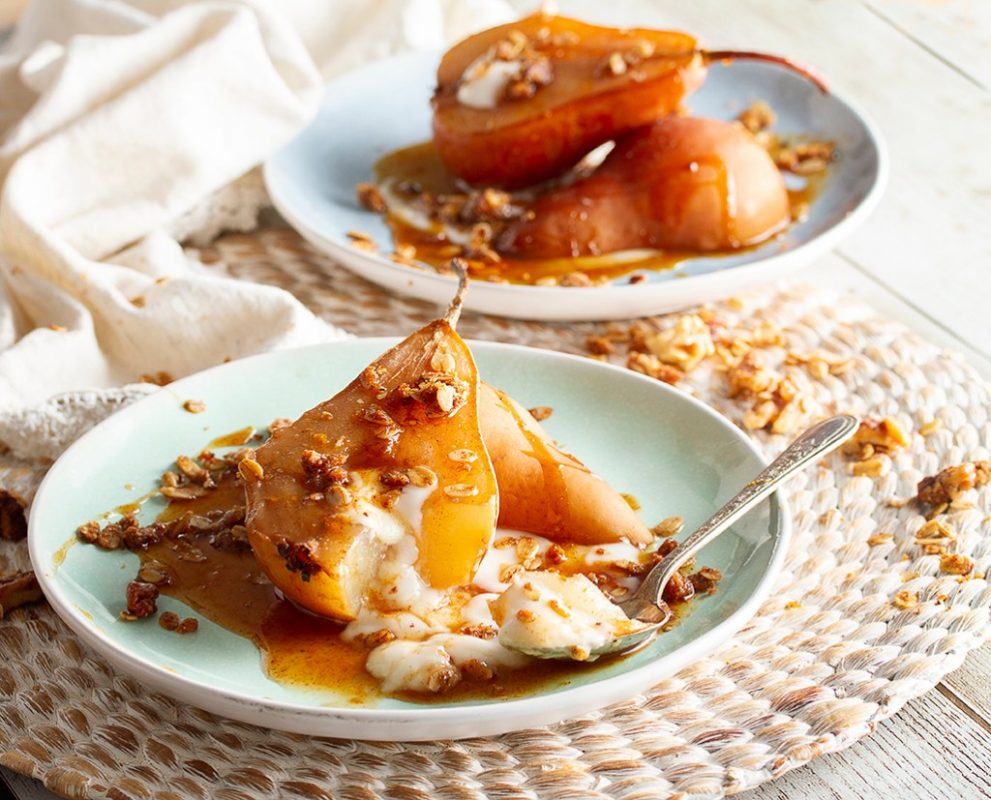 This spicy fall recipe is perfect for the changing weather. It is easily dressed up or dressed down depending on the occasion. It makes for an amazing dinner party dessert but it is also great the next day for a breakfast parfait or just as a snack if you pull back on the spicy honey topping and alternate the poached pears, granola, and coconut yogurt. You have to try these Chai Poached Pears with Spicy Orange-Habanero Sauce and Homemade Granola!

For the Vegan Orange-Habanero Sauce:

For the Poached Pears:

In her struggles with her health, Katia Martin has been exploring a wide variety of alternative recipes for the growing numbers of individuals struggling with allergies or sensitivities to gluten, dairy, or those leading a vegan lifestyle. She creates every recipe with care to be wholesome and to not feel restricted in your diet. These recipes have helped her with her health issues, and now she’s sharing them with you.