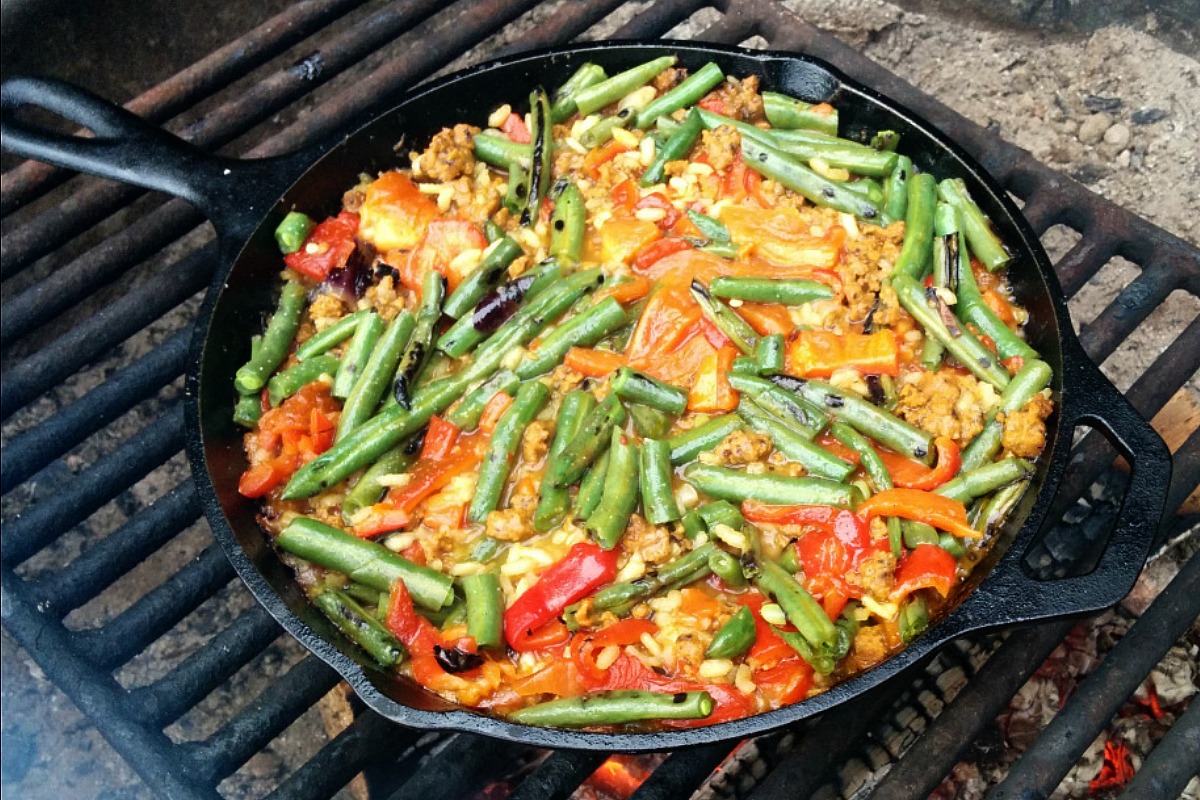 A hearty rice casserole, paella is ideal camping cuisine, as it is easily adaptable, requires minimal intervention once prepped, and showcases the complex smokiness you can only get from a real wood fire. Since this recipe is intended to be prepared without access to measuring tools and over an unpredictable wood fire, the quantities and cooking times are meant to be eyeballed and taste-tested as you go. (And IMHO, this is the best and most enjoyable way to cook, even if you’re in a fully stocked modern kitchen). Enjoy!

Sara B. Allen is an avid foodie and adventurous home cook who adopted a plant-based diet after coming to the realization that eating animals did not jibe with her mind, body, or heart.  She is the author of Just Abt Vegan, a blog showcasing vegan recipes, cooking and lifestyle tips, and personal essays. Most evenings, you can find her in her itty-bitty Manhattan kitchen, cooking and splattering delicious sauces and gravies all over the counters and walls.