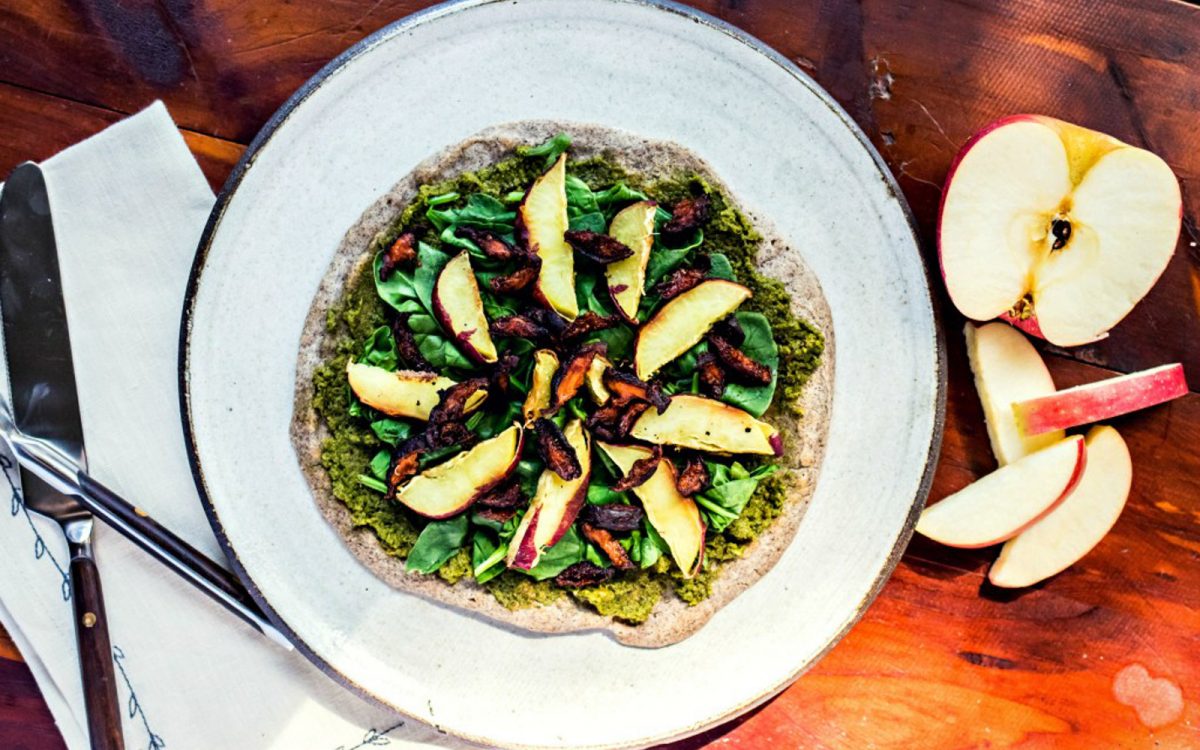 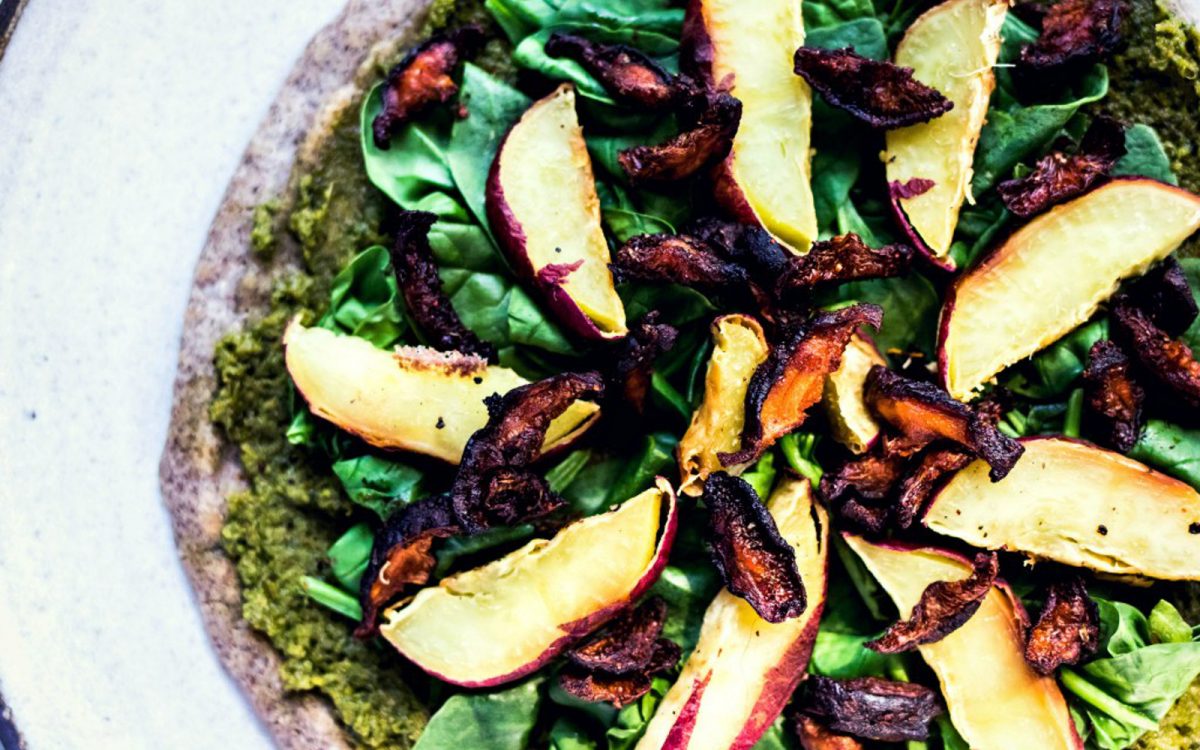 This shiitake bacon is a little salty and a little smoky with just the faintest hint of sweetness. The flatbread is naturally gluten-free and so light. This guilt-free meal is delicious, savory, and so fun to make with kids!

To Make the Buckwheat Flatbread:

To Make the Buckwheat Flatbread:

To serve, spread a layer of sunflower seed and basil pesto on the bottom. On top of the pesto, add steamed spinach, roasted Japanese sweet potato, and the shiitake bacon.

Total Calories: 742 | Total Carbs: 56g | Total Fat: 11g | Total Protein: 14g | Total Sodium: 142mg | Total Sugar: 3g Note: The information shown is based on available ingredients and preparation. It should not be considered a substitute for a professional nutritionist’s advice.

It is my personal journey to not only share what I eat as a vegan but to portray the vegan diet as one of inclusion, not exclusion. When I’m not photographing food and developing recipes for Sweet Miscellany, I’m working towards becoming a holistic health coach and yoga instructor and exploring my hometown of Houston, Texas.