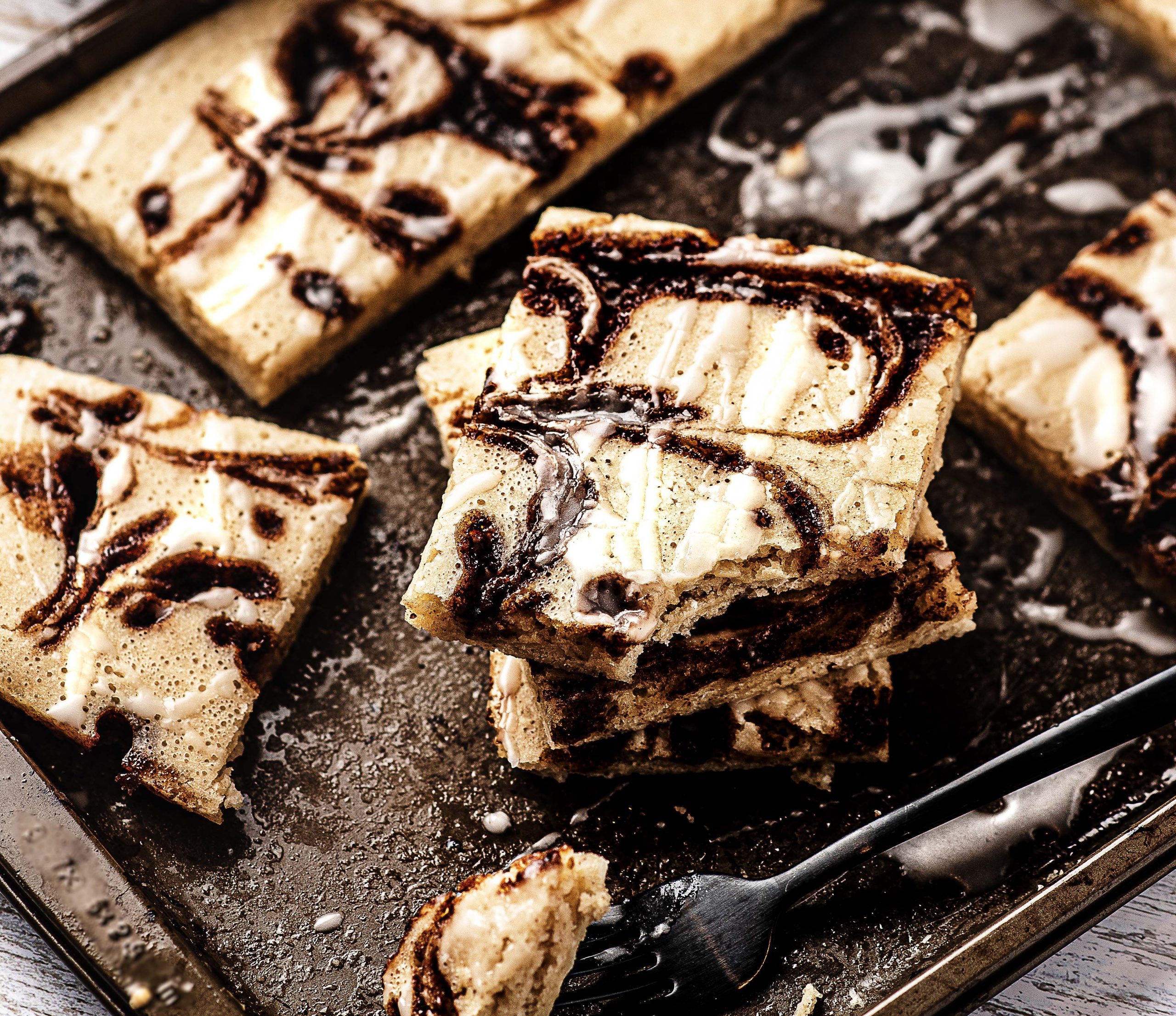 Okay, so here’s the deal. While the title of this recipe has Cinnamon Roll in it, here’s the bottom line. These are standard delicious and fluffy sheet-pan pancakes that are easy to make and take the stress out of pancake flipping. If you wish to go beyond the traditional pancake (and, dare I say, get epic?), I’m offering options for cinnamon roll, triple berry, and even chocolate chip pancakes— the choice is yours! But let’s be real, if this was just called this Sheet-Pan Pancakes . . . would you have stopped to read the recipe?

Make all three variations at once by quartering the batter so you have 4 sections of pancake on the sheet tray. Add one-quarter of the additive ingredients (e.g., chips, berries, cinnamon mixture) as needed for each variation. Leave one quarter of the sheet pan as a plain pancake or have fun and add your favorite pancake fillings to the final quarter. For those with a sweet tooth, the glaze can be used with the very berry and chocolate chip variations as well.