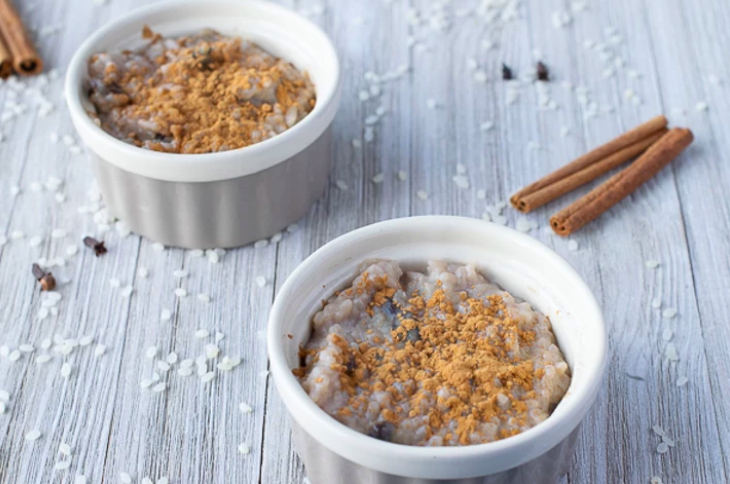 Arroz con dulce is the Latin version of rice pudding that’s usually made around the holiday season, but you can really make it any time you have a craving for it. It's normally made with evaporated milk, but this recipe calls for evaporated coconut milk, making it completely dairy-free with just the right sweetness. You can eat it cold or warm.

For the Arroz Con Dulce:

Desiree Rodriguez is the creator of Rican Vegan, a wellness and food blog specializing in creating vegan and vegetarian recipes inspired by traditional Latin dishes. She provides health and wellness tips and healthy and flavorful recipes for anyone looking to eat a plant-based diet. Head over to RicanVegan.com for more recipes.