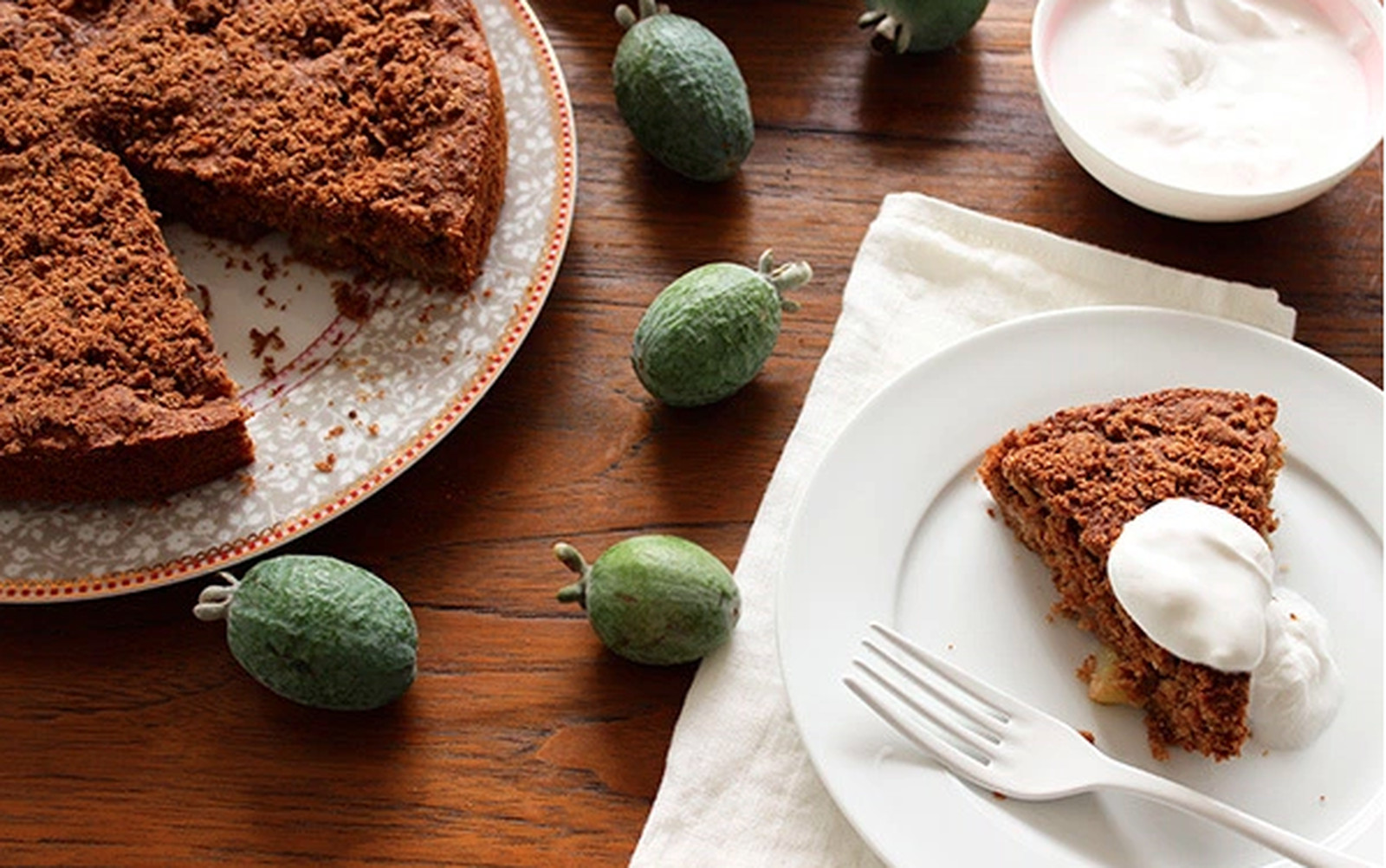 This cake is super moist and full of wonderful fruits such as apple, ginger, coconut and feijoa (otherwise known as pineapple guava or guavasteen). It also contains whole grain spelt flour and a tiny amount of unrefined sweetener, which makes it a wholesome cake that will not leave you feeling guilty. A slice of this cake would also make a delicious lunchbox treat that will not give you a massive carbohydrate and sugar crash in the afternoon.

Total Calories: 2410 | Total Carbs: 327 g | Total Fat: 115 g | Total Protein: 43 g | Total Sodium: 6665 g | Total Sugar: 126 g Note: The information shown is based on available ingredients and preparation. It should not be considered a substitute for a professional nutritionist’s advice.

Hi, I’m Renee Sexton, and I’m a Nutritionist, Health Coach, Model, Vegan and absolute foodie. I spend my days helping others to be there best by focusing on a plant based diet, creating new healthy habits and showing you how to listen to your body and what it needs.

I love to create healthy, clean recipes that also taste delicious and are packed with goodies, which I share through my blog, Renee Brown.