The Difference Between A Parfait and A Trifle (With Bonus Vegan Recipes For Both!) 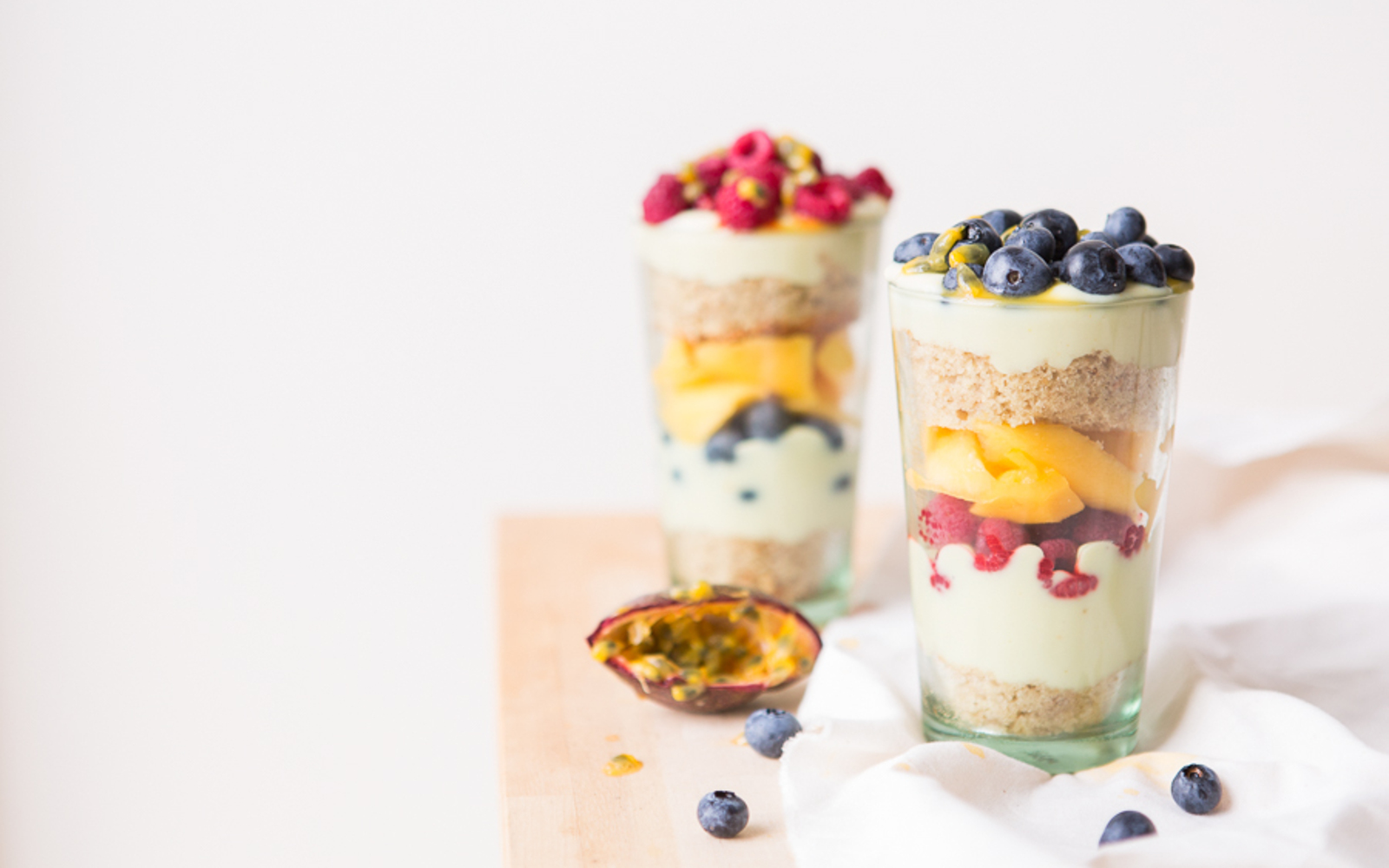 When it comes to aesthetically pleasing desserts and dishes, parfaits and trifles are at the top of the list. It’s hard to go wrong with sweet, creamy, fruit-packed snacks adorned by glass jars and eaten with a spoon. But are they the same? Absolutely not. Parfaits have often been called trifles, and trifles have been mistaken for parfaits, but there are a few differences that set these tasty desserts wildly apart. 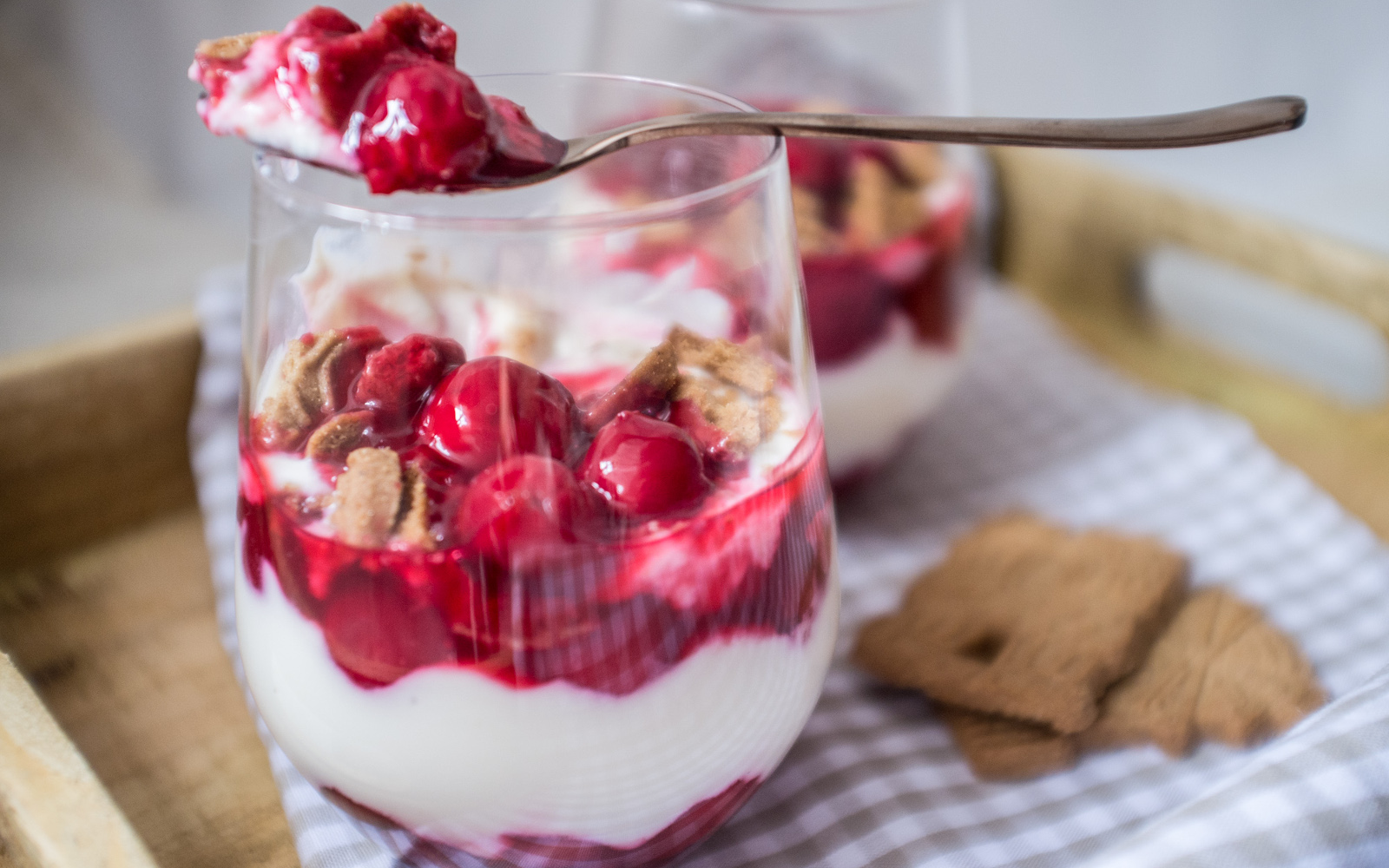 The word ‘trifle’ means something of little consequence or insubstantial, a matter, affair, or circumstance of trivial importance or significance.

In food terms, it’s anything but! A trifle is a custard and/or cream layered with fruit, put over cake, that has been doused with alcohol. Traditionally, it’s served at the end of a heavy meal. They were once made with a sweetened, cooked cream filling and crumbled biscuits or cookies. Now they are made with any filling of your choosing. Cake pieces are usually used for the bottom layer (similar to the crust of a cheesecake) and are often soaked in brandy or liquor.

In 1654, a man named Joseph Cooper published a book called “The Art of Cookery Refined and Augmented.” In this book, Joseph included a recipe called “To make a Foole” that looks like the first evolutionary beginnings of a trifle. It wasn’t until the mid-18th century that the trifle started to evolve into what we know today, a delicious after-meal treat.

Trifles are traditionally made in a large deep glass bowl so you can see all the layers and take as many Instagram food photos as possible. Many recipes exist, so the fruit, cake, alcohol, and jelly variations are plentiful. For a few vegan versions, try this Pomegranate Trifle, these Tropical Summer Trifle Cups, and this Speculoos Cherry Almond Trifle recipe. 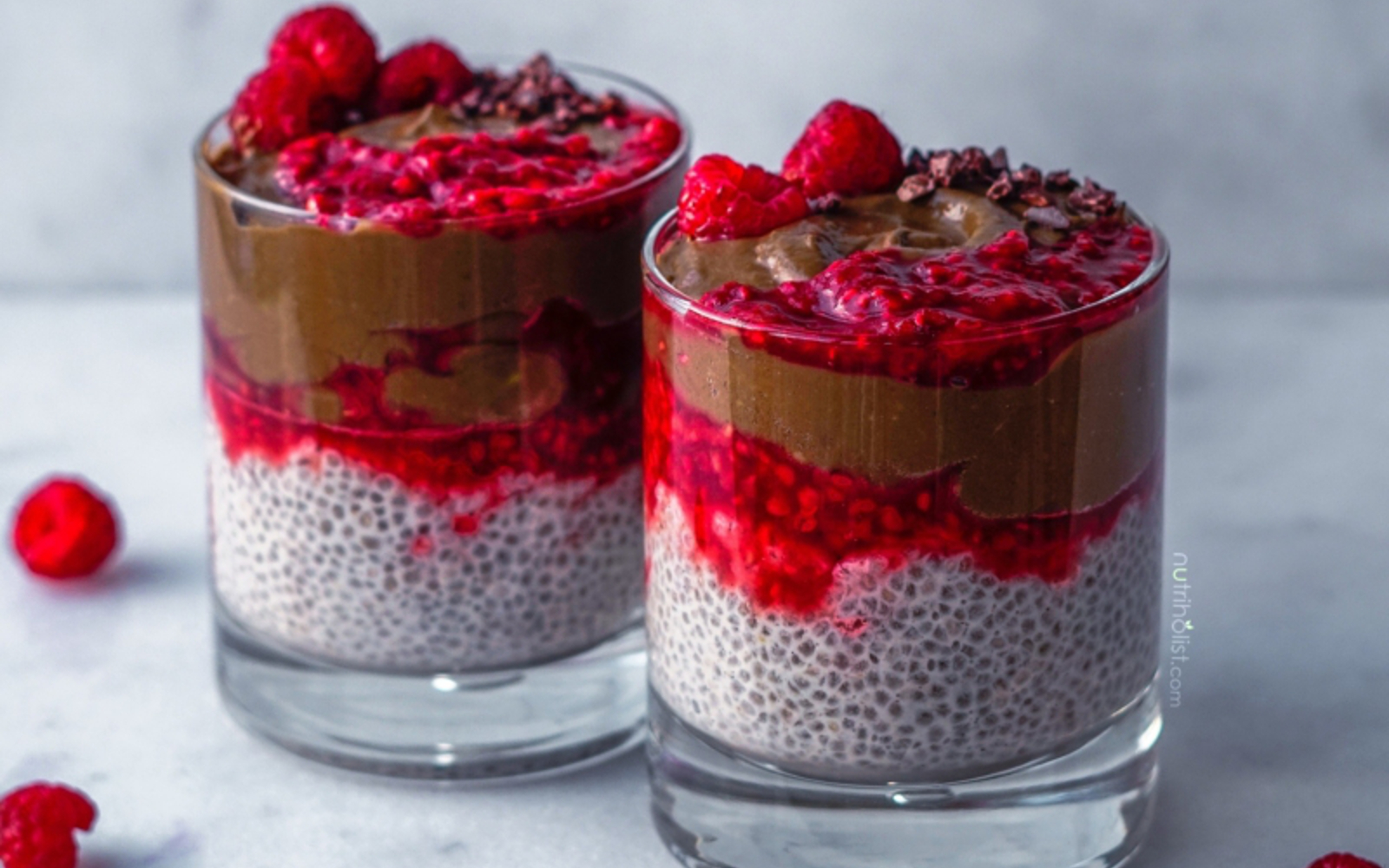 In French, the word parfait means “perfect,” and in English, the term refers to a sort of delicious, frozen dessert.

Originally, a parfait was made with layers of frozen custard. In practice—particularly in America—ice cream is most often used. Recently, we have seen desserts called parfaits made with layers of sweetened flavored yogurt or with Bavarian cream. Instead of cake in a layer, granola is sometimes used in commercial parfaits. Following the Parisian style, the resulting pureed custard may be plated in any number of ways and is not relegated to a glass. Currently, parfaits can simply be yogurt-based and packed with granola and fresh fruit.

The parfait itself dates back to 1894 when the first chef spoke about it. Though born in France, the parfait is now a world traveler. Endless variations of this layered dish exist today, including veganized versions. For your plant-based parfait recipe, try making these Key Lime Pie Parfaits With Aquafaba Whipped Cream, this Strawberry Protein Pudding Breakfast Parfait, and this Homemade Coconut Cashew Yogurt Parfait. For something quick, try preparing this tasty 15-Minute Pumpkin Parfait, packed with cashews and vanilla flavors.

If you enjoy interesting vegan facts and recipes like this, we highly recommend downloading the Food Monster App, it’s available for both Android and iPhone and has free and paid versions. The app is loaded with thousands of allergy-friendly & vegan recipes/cooking tips, and has hundreds of search filters, and features like bookmarking, meal plans, and more!