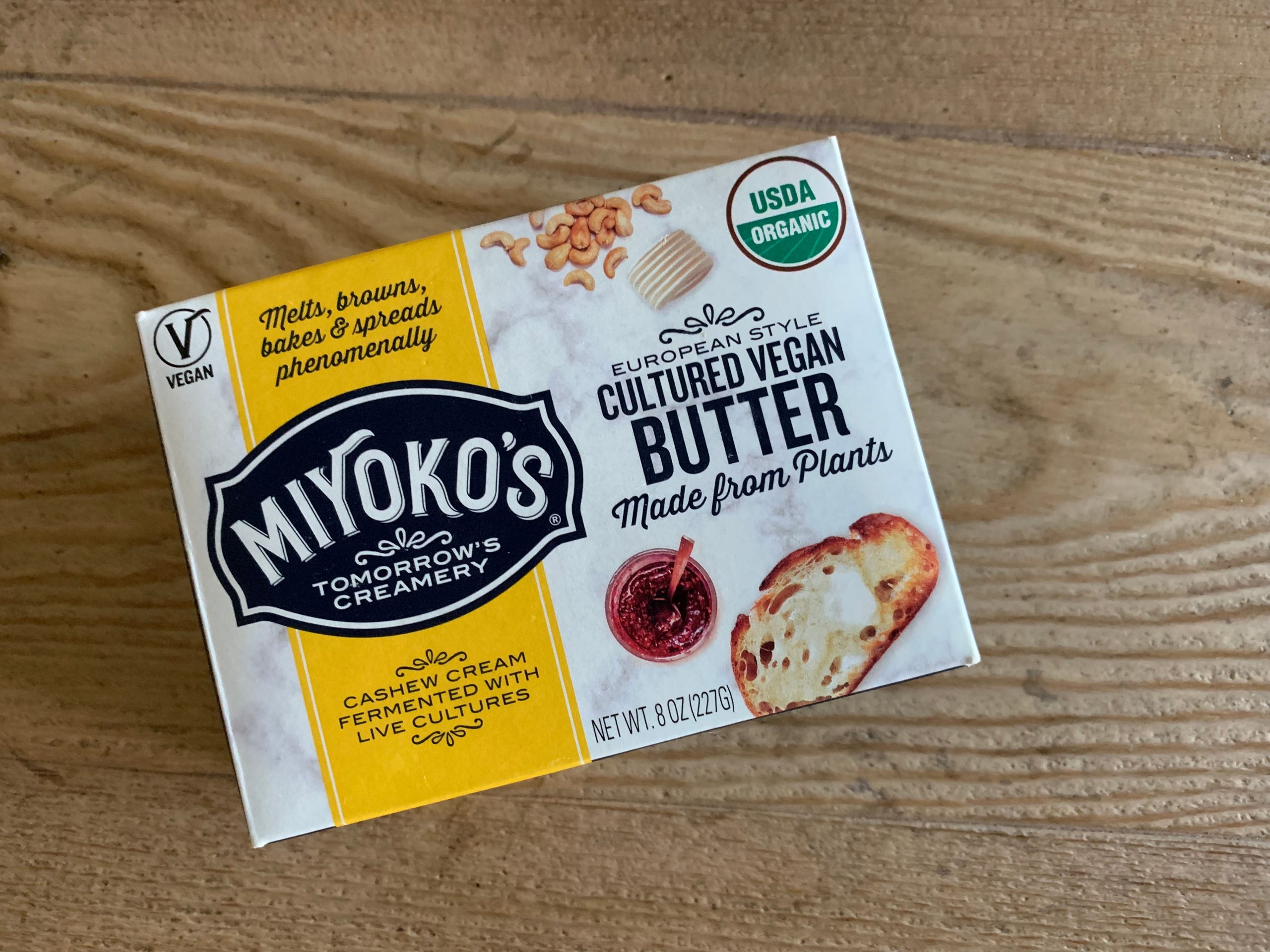 California plant-based company Miyoko’s Creamery is arguing with California regulators over the naming of their products. The California Department of Food and Agriculture is saying that the company cannot use words like “butter,” or “lactose-free” in product descriptions because they are vegan. Miyoko’s has investors including Ellen DeGeneres and Portia de Rossi.

In response, Miyoko’s is suing the agency, claiming their free speech rights are being infringed upon. ” Products like peanut butter and apple butter, and all sorts of other fruit and nut butters have used the term ‘butter’ for well over a hundred years without any hint of consumers confusing them for butter from cow’s milk,” said the company’s lawsuit. Banning butter or dairy-related terms could ” significantly obstruct plant-based producers’ ability to convey their message,” as the company would be forced to rebrand their products and packaging at a significant cost.

According to the East Bay Times, Miyoko’s received a letter from state regulators to stop using the word  “butter,” in describing its “cultured vegan butter.” The agency also asked that the company remove an image that shows a woman hugging a cow, as the image is used by dairy products.

Beef and dairy companies have been lobbying to create rules and restrictions around plant-based products. As stated in the lawsuit, “For the past two decades, the National Milk Producers Federation has petitioned the FDA to prevent plant-based dairy alternatives from using dairy terminology to describe their products.”

Michele Simon of the Plant Based Food Association commented on the issue, saying, “Miyoko has decided she isn’t going to take this lying down and she’s fighting back. It’s quite a ridiculous situation where you have companies around California that are innovating and providing consumers with healthy, more sustainable options. The last thing companies need is their state government getting in their way.”